Skip to content
Become a member and get exclusive access to articles, live sessions and more!
Start Your Free Trial
Home > Features > Q&A: Nate Smith on KINFOLK: Postcards From Everywhere 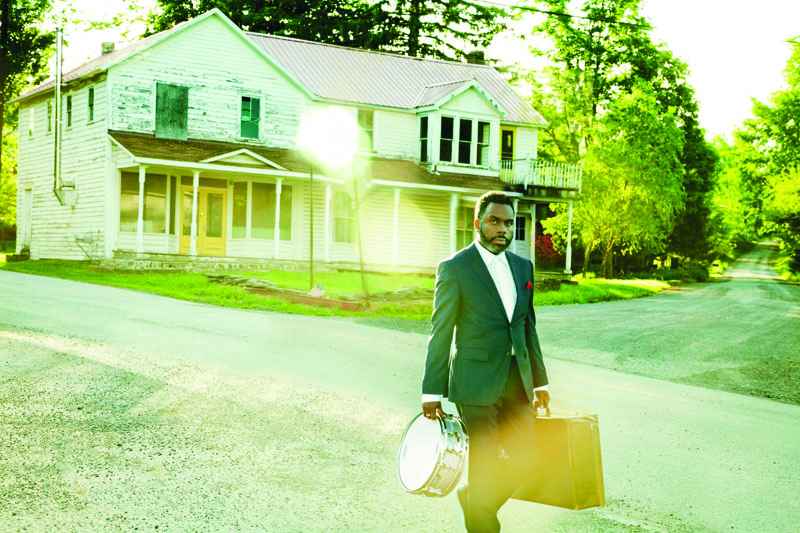 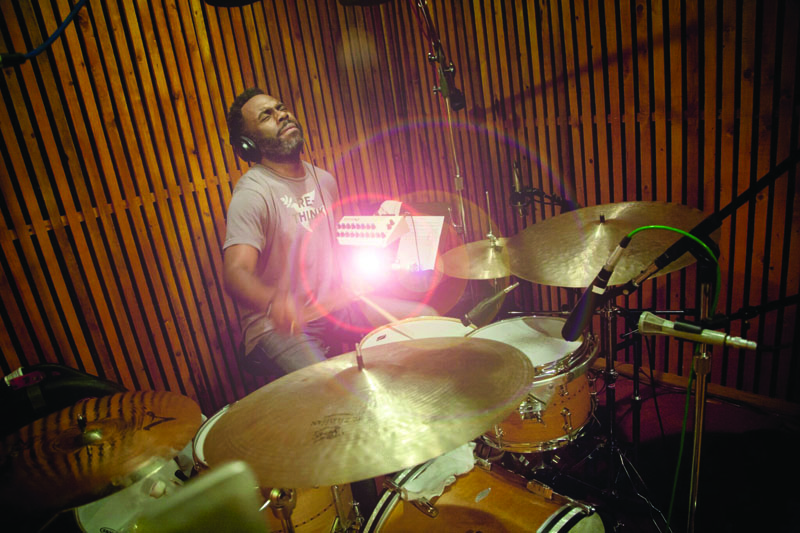 There’s always been a serious sense of groove in Nate Smith’s drumming. Whether navigating the heady rhythms of Dave Holland’s bands, propelling the electric explorations of Chris Potter’s Underground or meshing jazz and R&B behind singer José James, Smith’s playing fluidly intermingles the soulful and the intricate. On his long-awaited leader debut, KINFOLK: Postcards From Everywhere (Ropeadope), he adds a touch of the personal to that tantalizing mixture.

Carving a distinctive path through 21st-century soul-jazz, KINFOLK brings together a diverse roster from both worlds, setting the likes of Holland, Potter, guitarist Lionel Loueke and saxophonist Jaleel Shaw next to guitarist-producer Jeremy Most and singer Amma Whatt to create a unique, eclectic mash-up. As the name implies, the album takes inspiration from an expanded notion of family, both blood (Smith’s parents can be heard telling the family’s narrative) and musical. Over a mocktail in Philadelphia, not far from where he was due to perform with James, the drummer, 42, chatted about his album’s blend of jazz, R&B and history.

JazzTimes: Your debut album arrives well into an established sideman career. What goals did you have in mind when you set out to create KINFOLK?

Nate Smith: By the time they’re my age, most cats have released 10 records, so I feel like I have a lot to catch up on. I wanted to write music that wouldn’t sound like what anybody else was doing. I reached into different networks of musicians to see if I could put something together where everybody had the space to do their thing, but they were each really unique. I also wanted to use this project to tell a little backstory on me. In making this record personal and telling my own story—as a human being, as a man, as a black man, as a black American—I hope that it can have a universal application. I hope people hear it and say, “I hear a little bit of my story in there,” no matter who they are. There’s something here that I think is very human, very personal.

That story starts with your parents, both of whom make appearances. But it also reaches further back through the stories they tell.

I felt like it was important to have my parents’ voices on the record. Everybody can relate to hearing your mom’s voice; there’s a sweetness there, a feeling of home. Then my dad passed during the course of making the record, so now I feel like he’s still here because I can still hear his voice. When I was doing the record, I remember thinking about my grandparents and realized that I remember their voices but I’ll never hear them. I feel like I’m very lucky that I get to pursue my dream because of the work they did. I wonder what my granddaddy would have wanted to do that he wasn’t able to. If he’d had his druthers and wasn’t crushed under this ceiling of segregation and discrimination, what could he have done?

The idea of Postcards From Everywhere relates to the transitory nature of a working musician, but through those stories it takes on a meaning related to the African-American experience and its various migrations.

We’re all still migrating, I think. For black folk now, in a strange way it’s the best of times but also the toughest of times. We have camera phones now, so we’re seeing a lot of stuff that we didn’t see before. As you’re navigating your life, you suddenly think, “That could be me—I could be that guy or that woman assaulted by a police officer or harassed on a subway train.” It makes you feel a bit outside of yourself, like you’re an alien in your own skin. I wanted to create something that could give people a moment to take a breath and not lament too hard, but say, “This is where we are. I’m tired of this, I’m sick of it, but this is our life so we have to deal with it.”

How did those ideas shape the music you wrote for the album?

The music actually dictated the narrative. The songs came first, and then I started to ask myself, “Why am I writing this?” And that led me back home. It really goes back to my dad’s record collection. He was way into instrumental R&B, the stuff that became smooth jazz but before it became smooth jazz, when it was actually kind of killing. I’m remembering the sounds of the house, so that music is filtered through the songs I’m writing now.

Making the transition to being a bandleader, what did you learn from guys like Dave Holland and Chris Potter?

Both of them are really hardworking guys, and they’re always thinking ahead. I’d be on the road with Chris and he’d be writing big-band arrangements for a concert six months down the road, or tunes for his next project. Dave is the steadiest cat I’ve ever met, so rock-solid—the way he plays is how he is. José as well; he’s a cat who’s always thinking ahead. I’m lucky in that I’m touring with guys who are always spinning wheels, and that’s inspiring to be around.

Depending on how he looks at it, Kenny Garrett’s latest album, Sounds from the Ancestors, has been out for an eternity or an instant. Recorded … END_OF_DOCUMENT_TOKEN_TO_BE_REPLACED

As I delved ever deeper into the 14 albums that document the Larry Goldings/Peter Bernstein/Bill Stewart trio to prepare for our January Zoom conversation, what … END_OF_DOCUMENT_TOKEN_TO_BE_REPLACED

The musical avant-garde is an area where creative people who have earned wisdom through a lifetime of experience can flourish. Wadada Leo Smith, who last … END_OF_DOCUMENT_TOKEN_TO_BE_REPLACED

Wisconsin-born and proud: For all of the avant-everything complexity Ethan Iverson has applied to his solo projects or the sounds he created in his role … END_OF_DOCUMENT_TOKEN_TO_BE_REPLACED