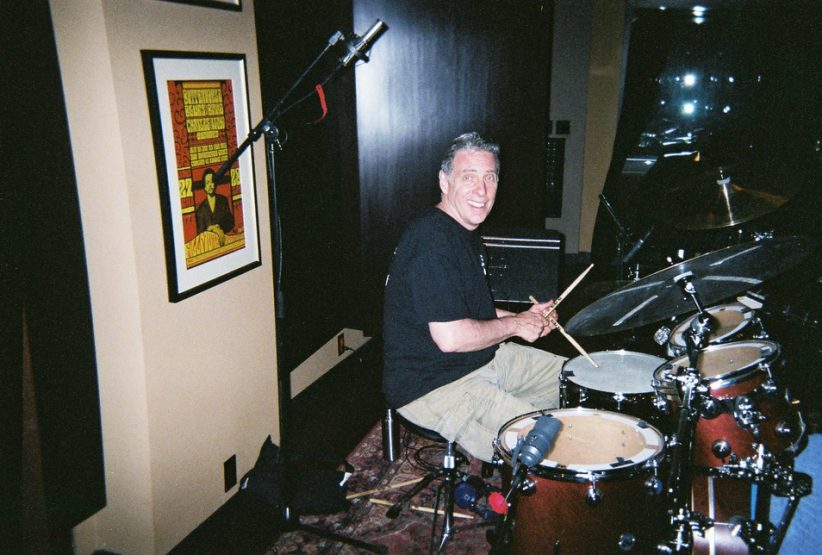 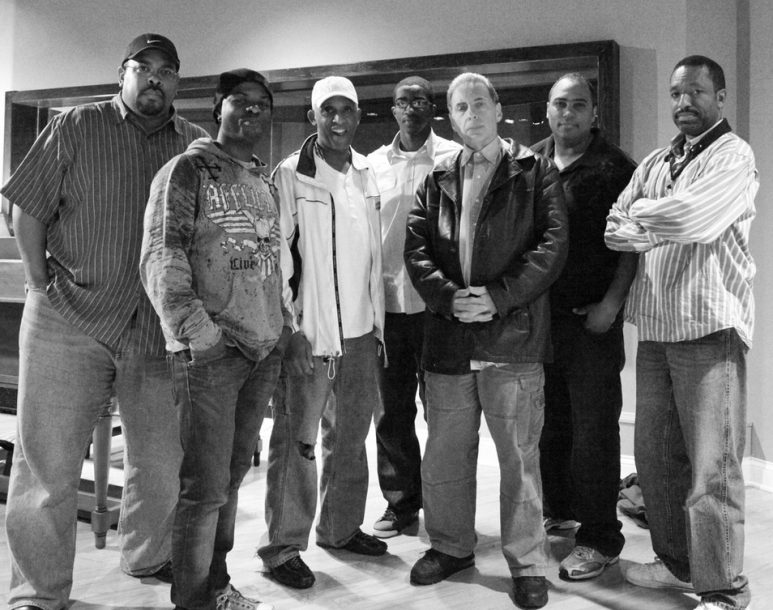 Mike Clark’s skills, creativity and groove communiqué from behind the drum set have long been the catalyst for many a drummers’ funk and jazz aspirations–whether said drummers are aware of the influence or not. Clark’s syncopated sense of time has oozed out from Oakland onto countless records and tours. He is widely known for his work with Herbie Hancock’s Headhunters, beginning with the 1974 record, Thrust and the sounds of “Actual Proof.” Clark is now a staple on the world’s music scene. He keeps more than busy with a variety of musically varied projects and has established himself at home and abroad as a popular jazz-drumming bandleader.

Clark’s latest project , the Headhunters’ Platinum, will be released on June 14 on the Owl Studios label and will feature the group under the leadership of Clark and Bill Summers, with contributions from Snoop Dogg, George Clinton, Killah Priest, Donald Harrison, Patrice Rushen, Rob Dixon, Derrick Gardner and Richie Goods.

Dominic Fragman: Tell me about some of the projects you have been working on recently. You’ve been running all over the place.

Mike Clark: I’ll give you a little background of what’s been going on lately. I had a record out about two years ago called Blueprints of Jazz. It’s an all acoustic, all straight-ahead jazz record–hard bop. It features Christian Mcbride on bass, Donald Harrison on alto, Patrice Rushen on piano, Christian Scott on trumpet and Jed Levy on tenor. It was picked by DownBeat as one of the best jazz records of the decade–of course out of a couple hundred or so, but still, I’ll roll with that!

I had it in my mind to pattern a band after something close to Art Blakey and the Jazz Messengers but with a modern sensibility. So, the recording had all the elements of 1950’s and 60’s hard bop and post bop bands. It was really fun. We got everything in one take and walked out. We were done in one day. So, that was cool.

I also just did an organ record this past year for Owl Studios called Carnival Of Soul. I wanted to address the organ thing because I did a lot of those gigs as a kid and even here in New York in my later life with cats like Brother Jack McDuff and Lonnie Smith. My first gigs as a leader were with an organ trio. When I was about twenty years old, I had a four night a week organ trio gig for almost four years in California and we were killin! We played everything I wanted! It was great. So, I did a lot of playing in the organ environment and I figured, let me be honest and instead of recording what I think might be the latest thing to get airplay, let me play something that reflects who I actually am.

The record just got picked by JazzWeek Radio as one of the best of 100 for 2010. I had some great players out for the dates. Lenny White came out to play on a track. We did a two drum cut for Big Sid Catlett’s “Mop-Mop” and turned it into a funk groove. It was a lot of fun. We called it “Catlett Outta the Bag.” That track is also on Lenny’s new CD, Anamoly. I had three different organ players – Jerry Z, Jeff Pittson, Delbert Bump – Rob Dixon on saxophone, Tim Ouimette on trumpet and Delbert McClinton was a special guest. He is an old friend of mine. He came over and did a killer rendition of “Cry Me a River.”

Between Blueprints of Jazz and Carnival of Soul, I am going back and forth trying to book both bands.

Right. You just went over to Russia with one of your groups. Who did you make that trip with?

Yeah, I just got back into town not too long ago. I went with my organ trio with Jerry Z on B3 and Rob Dixon. Rob Dixon is a great tenor player who comes out of Indianapolis. We toured all throughout Russia, Siberia, everywhere.

It was killin! We drew 600 to 1000 people per night! It was unbelievable! I’m a drummer for crying out loud! People know who we are over there. They were really into it. They were like, “We’ve been waiting 20 years to hear you!” I just couldn’t believe the audiences because I’m not a front man. And we didn’t play any fusion, just all jazz. They are way into it!

We also have a new Headhunters’ CD coming out on Owl Studio’s label that is really workin’. It features Snoop Dogg, George Clinton, Killah Priest, Donald Harrison, Patrice Rushen, Rob Dixon, Derrick Gardner, Richie Goods, Bill Summers, and myself. A cross generational effort, we mixed up a lot of genres–jazz, funk, African, latin, and even hip hop on several pieces–that was fun! I wrote or collaborated on most of the tunes.

Something else I am quite excited about is my new project, a sextet I am leading, called Indigo Blue, featuring me, of course, Christian McBride, Wallace Roney, Donald Harrison, Rob Dixon, and Antonio Farao. It is acoustic, straight-ahead jazz music, New York-style. We are recording it live at The Iridium at an upcoming date July 29th through the 31st in Manhattan.

Five decades ago, John McLaughlin sensed something monumental was coming in music. “I knew things were going to change,” he said. “All the musicians felt … END_OF_DOCUMENT_TOKEN_TO_BE_REPLACED

Since her early days during the folk revival of the 1960s, Maria Muldaur has been immersed in American roots music of the past—the often quite … END_OF_DOCUMENT_TOKEN_TO_BE_REPLACED

This rare interview with pianist Hans Groiner was recorded on April 8, 2021. JazzTimes: Do you follow the latest trends in jazz? What have you … END_OF_DOCUMENT_TOKEN_TO_BE_REPLACED

The rock world takes a lot of credit for what’s known as the “indie ethos,” or “DIY.” Circumventing the corporate music industry with small labels … END_OF_DOCUMENT_TOKEN_TO_BE_REPLACED