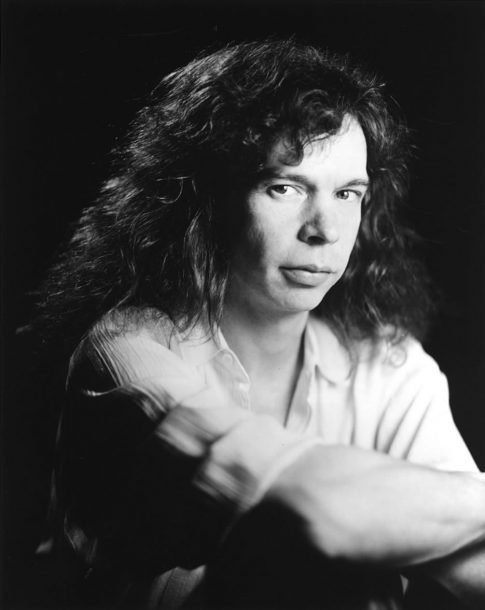 Lyle Mays, both in tandem with Pat Metheny and on his two mid-’80s outings as a leader for Geffen (Lyle Mays and Street Dreams), has perfected a unique keyboard style, with supple synthesized sounds emanating out from the acoustic epicenter of a seven-foot Steinway concert grand. All the while Mays remained devoted to acoustic piano, and distilled his varied influences into a bucolic, lithesome 1993 trio date with Marc Johnson and Jack DeJohnette (Fictionary, remastered and reissued in the fall of 2000 on Warner Bros.). Still, on 1996’s Quartet and 1997’s Imaginary Day, Mays, Metheny and their core rhythm team of Steve Rodby and Paul Wertico took a giant leap forward from the samba-driven fare of the previous decade, with their most visceral, varied recitals to date, crafting energetic, experimental visions of an evolving electro-acoustic aesthetic.

Mays’ most recent CD, Solo: Improvisations for Expanded Piano (Warner Bros.), recorded on the remarkable Yamaha Disklavier MIDI acoustic piano system, blurs the distinctions between the acoustic and electronic mediums. Mays employs modern synthesis to expand upon the immense sonority, tonal grandeur and orchestral dimensionality of the concert grand piano—still the king of musical instruments. On Solo, chords and overtones are suddenly transfigured with unearthly sustain, subterranean bass extension and an expansive aura of orchestral colors across an immense ambient soundstage.

JazzTimes: Was the process of making Solo as intuitive as it sounds? Or is that a carefully staged illusion?

Lyle Mays: I suppose when you’re improvising whole pieces, intuition has to enter into it quite a lot. I don’t think you can fake that. It was a three-stage process. The first stage was improvising those pieces using [the Yamaha Disklavier] just as a MIDI piano. We recorded both the MIDI data and the audio data: the MIDI data went to my computer and the audio data went to the recording studio tape machine—and that audio wasn’t touched until we went to the mix. I didn’t manipulate that at all. We recorded using the [digital] Capricorn board, so you can automate all of your pan moves and EQ moves on the console—not just volume—so we were playing with sounds all the way up until to the final seconds. The second stage of the process involved recording my own prepared piano samples out here in L.A., and working with them quite a bit in my computer to get the real sound effects. The third stage was taking the notes I had improvised and orchestrating the pieces without adding any counter-lines or additional harmonies. So the nature of my conception was really kind of schizophrenic.

From my brief visit with the Disklavier 2000, I thought, “This would be fun to improvise on, but how on Earth would you know how to set up a string of accompanying sounds to be called up in an intuitive manner?”

Oh, I think that might be impossible to do with any nuance. I didn’t really explore the Disklavier’s sound library at great length because I’m comfortable with my own synth rig. I will say that I did have some rough demo sounds being triggered by my rig through my headphones as I was improvising. But mostly to remind me that there would be added sounds later.

The depth of sound of the acoustic grand piano is so intoxicating it’s easy to see why anyone would be utterly devoted to it. Still, I thought by this time we’d have experienced more idiomatic improvisation and expression of a true jazz attitude on these new instruments in a manner analogous to what transpired on the Wurlitzer and the Rhodes and the Hammond B-3. Why are jazz musicians so resistant to the expressive possibilities of these new technologies?

That’s a good question. I think we have to look at the historical perspective, in that it’s taken a long time for the modern piano to develop. So that day you imagine may come, but I think it’s still a ways off. I mean, we’re only really in the very first stages of development from analog to digital components to the new sampling-based technologies. Also, you have to remember the essential crudeness of the early instruments was frustrating to some musicians. But at their core was an acoustic component that was amplified and that makes them qualitatively different than a synthesizer, which has an artificially produced tone. I don’t know how synths are going to get past that basic problem, unless the technology gets so sophisticated that certain kinds of acoustical resonances can be modeled in a sense, so that if you play two notes, you get not only two samples, but the actual interaction of those two notes, like you do on an acoustic piano.

I’ve come to the conclusion that synths are like potatoes: They’re no good raw. You’ve got to cook ’em, and I cooked these sounds for months before I got them to the point where they sounded musical to me.

So what’s in your current rig? Any of your old analog synthesizers still breathing?

My Oberheim died years ago, but I managed to get those signature ocarina sounds from a Prophet Five, and then that died on me, so I had to reprogram that on a Roland JX-10, which I still have in my rig. Then for a lot of the warmer sounds, I ended up using a Korg DW8000, and that’s on the record, but it died on the last day of dumping synths to tapes, so it’s not going to be in my rig anymore.

You don’t have any basic stand-alone synths, do you? You have banks of sounds and sequencers?

I have the K2500 and the K2000 from Kurzweil, and when I’m at the synth rig just for composing I use the K2500 as the main controller. Of course in the studio or live I use a MIDI piano. I also have a Korg Wavestation I think it’s called-a pretty old box. I have a Roland JV2080 and an Emulator E4. Also, in the computer I have a couple of Sample-Cell Cards, and then ProTools Digital Audio. And for a sequencer I’ve been using OpCode StudioVision and my trusty Macintosh.

Do you actually bring your own piano on the road when you tour?

Up until this point we’ve been using Pat’s Steinway, a seven-footer, which has been fitted with a Gulbranson MIDI-mod. And it’s a very effective add-on. But with the improvements that Yamaha has made, we’ve decided to try out their Disklavier system on the road. The main improvement I’ve seen is that their MIDI pianos are just such high-quality instruments, that they really sound good.

I thought the Disklavier 2000 was remarkable in its player-piano-of-the-gods mode, in terms of tracking the upwards and downwards motion of a key and the playback elements.

We did an interesting experiment at the end of the record. We played back my piano tracks through the Disklavier so the keys were moving and we could listen to what I had improvised, and we all agreed that the performance was not nearly as moving as what we had on tape, and I think that has something to do with dynamic range—I don’t think the Disklavier has yet perfected the level of dynamics that a human can put out. Don’t get me wrong, it’s very good—it’s astoundingly good, but it still doesn’t quite replicate the human performance in terms of an emotional response.

That’s why when they auditioned the Disklavier 2000 for me I suggested, only half in jest, that future programmers should customize a Disklavier to have long greasy hair, shoot smack, and refer to ladies in an impolite vernacular just to make it more human and less likable. They didn’t warm up to that idea.

[Laughter] I think perhaps that same emotion could be achieved with improvement in dynamic reproduction, but it’s an interesting notion. Originally Published January 1, 2001

Depending on how he looks at it, Kenny Garrett’s latest album, Sounds from the Ancestors, has been out for an eternity or an instant. Recorded … END_OF_DOCUMENT_TOKEN_TO_BE_REPLACED

As I delved ever deeper into the 14 albums that document the Larry Goldings/Peter Bernstein/Bill Stewart trio to prepare for our January Zoom conversation, what … END_OF_DOCUMENT_TOKEN_TO_BE_REPLACED

The musical avant-garde is an area where creative people who have earned wisdom through a lifetime of experience can flourish. Wadada Leo Smith, who last … END_OF_DOCUMENT_TOKEN_TO_BE_REPLACED

Wisconsin-born and proud: For all of the avant-everything complexity Ethan Iverson has applied to his solo projects or the sounds he created in his role … END_OF_DOCUMENT_TOKEN_TO_BE_REPLACED