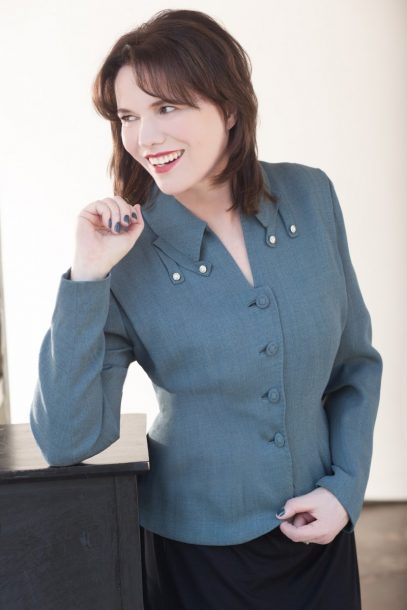 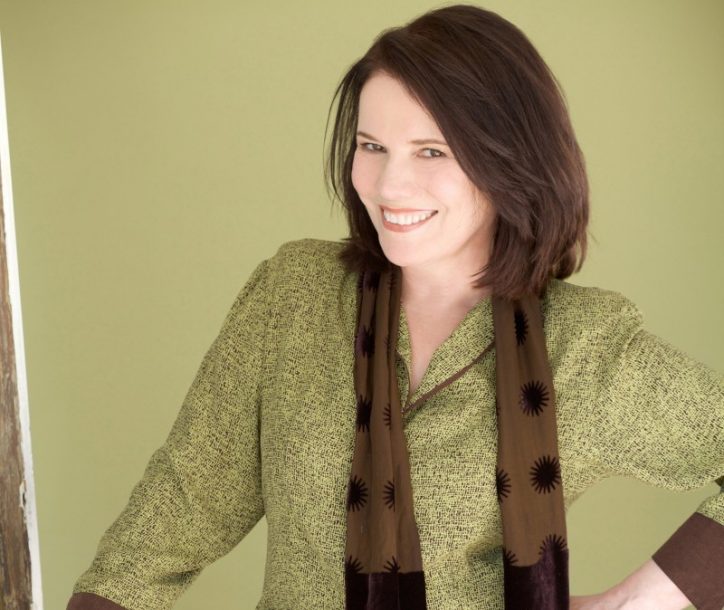 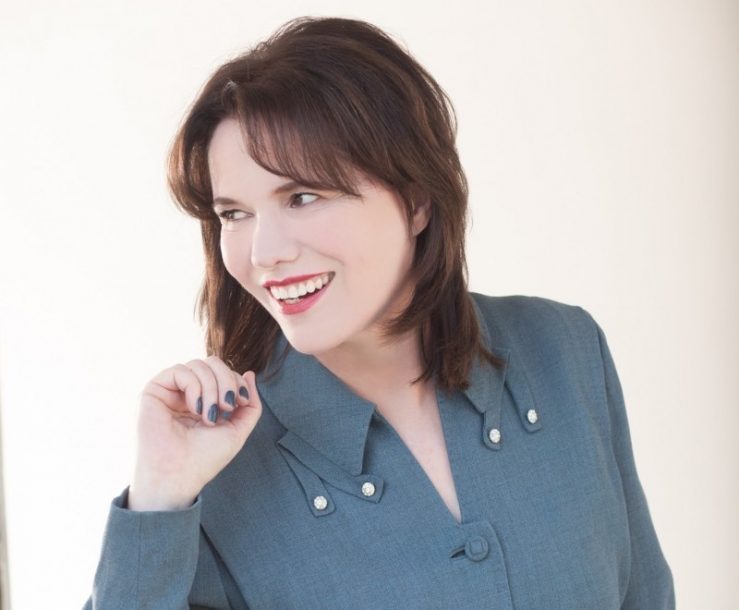 Mysterious, mischievous and whimsical, Lorraine Feather was “hip” before she knew what the term meant. A singer/songwriter born into one of the royal families of jazz; her mother Jane was a big band singer and her father, Leonard Feather, was a jazz journalist, lyricist and composer of renown. Imagine your godmother was Billie Holiday and your mom’s best friend was Peggy Lee. I planned Lorraine’s interview to follow Dave Frishberg’s and Bob Dorough’s, two of my favorite songwriter/lyricists on the planet. Fans are impatiently waiting for her new recording, Flirting with Disaster. She is continuing to write with her collaborators: Eddie Arkin, Russell Ferrante, Shelly Berg, and Dave Grusin, who joined Lorraine on her Grammy-nominated album, Attachments. Check out Lorraine’s films and videos.

Drawing from her theatrical experience, performances can evoke romance, whimsey or streaming long threads of consciousness while modern jazz sizzles underneath her clear, precise voice. I love her real-life saga, “Where are My Keys?” This song makes me laugh every time. In the digital age, with ipads and cell phones that are constantly surfing the net, surf your way over to Lorraine Feather’s first album and work your way through Attachments. You’ll dig the ride.

Roseanna Vitro: What are your earliest memories of music you loved?

Lorraine Feather: The earliest music I remember hearing and singing along to was Lambert, Hendricks and Ross. My mom and I used to attempt singing along. They did have lyrics printed, but it was still pretty much impossible. I also remember Billie Holiday-who was my godmother, Dinah Washington-who recorded several songs of my dad’s, and Peggy Lee-another family friend. My whole name is Billie Jane Lee Lorraine Feather, and the “Lee” is for Peggy. There was always a lot of Ellington playing around the house, and a lot of Charlie Parker, Dizzy Gillespie, and Charlie Christian.

RV: Did you study singing and music in school? Were there any particular teachers who made a difference for you?

LF: I did not study singing in school. I didn’t have any kind of a voice to speak of, and it never occurred to me to sing. I went to an Episcopalian grade school and tried to play the recorder for chapel like everyone else, and held a handbell. I think I was “A.” Once they had everyone sing a scale to try out for choir. My break was so bad back then; everybody laughed at me, and I did not sing a peep for some years after that. When I was back in New York as a struggling actress, I wound up singing with bands for fun and to make a few bucks, because I always had a good ear. It wasn’t till I was 30 that I ever took a voice lesson.

RV: Who were your favorite composers from your youth?

LF: As a kid, I would not say I had favorite composers or lyricists, I was just constantly saturated with jazz of all kinds at home. When I was 12 I started taking jazz dance class after we moved to Los Angeles, and would listen to nothing but Motown for some years because that’s what the teacher, the late Carlton Johnson, played in class. And I became smitten. It wasn’t until I moved back to New York on my own at 18 that I began connecting to jazz again with Dizzy and Miles Davis. When I became aware of Stephen Sondheim, I worked up “Another Hundred People” from Company for an audition. If you audition to be a singer/dancer you always have to have something. And I was in the chorus of a few shows. Truthfully though, my voice was never suited for that kind of material. I realized ten years later that what I was actually drawn to was the lyrics.

RV: How much influence did your father Leonard Feather, have on your songwriting?

LF: My dad and I never had the same style. It was more that he showed me what it was to be a songwriter. It was something that brought in more of a living for him (I later found out) than writing reviews or books ever did. When I moved back to LA in my late 20s, and he found out that I’d written a couple of songs, he told me that I’d now being joining ASCAP, and got me the forms. He took me to my first ASCAP meeting, where I met some of the great songwriters like the Bergman’s, and David Raksin, who wrote “Laura.” It really brought us closer. One of the last things my father ever said to me, when he was in the hospital in 1994, was that Cleo Laine was doing an album with Mercer Ellington, and I needed to pitch her my versions of “Chelsea Bridge” and “Rockin’ in Rhythm.” She did wind up recording both of them. He was super-proud of me. It was so sweet. He used to love to go to my gigs once I began doing my own material, and hear people say to him afterwards, “Oh Leonard, the apple doesn’t fall far from the tree!” and such comments.

RV: When did you first start writing songs? How has your process developed? Do you write lyrics or melody first?

LF: I wrote a few songs in my 20s, but it was not until I was in my early 30s and had been hired by Richard Perry for the vocal trio Full Swing that I had a “Eureka” moment about writing lyrics. Richard took me and the other singers-Charlotte Crossley and Steve March Torme-to the now long-extinct jazz club Donte’s one night to hear Tommy Newsom’s band. Tommy had a tune that Richard wanted to use on the Full Swing album, and he mentioned needing to find a lyricist. I nominated myself. When we all got together in his office at Planet Records a few days later, I sang him what I’d done, and he hated it. He told me what the song should be about, in detail. I rewrote the lyrics, and he liked them, and I wound up writing lyrics for about half the album. In the course of this I realized that I had a gift, something that came more easily to me than anything I’d ever done.

I used to write lyrics to music. But now for my own projects, it is almost always lyrics first. If it’s an up tune, I’ll have a groove in mind. I get together with Russ Ferrante or Eddie Arkin or Shelly Berg and speak the lyrics in what I think might be the rhythm, they start noodling around, and we wend our way through the process together. Sometimes I have a melodic idea. Sometimes what they do will cause me to change things on the fly lyrically, or later at home-take out verses, extend or shorten a line.

RV: Would you recommend some of your favorite books to up-and-coming young composers and lyricists?

LF: I have not read a lot of books about the primary thing I do-write lyrics. That being said, what I have read over the course of my life-fiction, poetry, plays-has had a profound influence on my writing. My personal opinion is that anyone who wants to write should read whatever strikes his or her fancy, voraciously. Sometimes I’ll take one little observation or detail from a book I read years ago, and put it into the line of a lyric in a different form.

RV: What music influences you? What inspires you?

LF: I don’t listen exclusively to jazz. Music that has influenced me in the past few years, or that’s inspiring me now, vibe-wise, groove-wise or in some other way, would be: Nina Simone, various classical composers (Debussy, Grieg, Scarlatti), The Carolina Chocolate Drops, the Gershwin instrumental pieces. I also find great film scores very exciting, like those of Thomas Newman, Dave Grusin, Carter Burwell.

RV: You’ve created such an incredible body of music. Which songs do you feel are your best?

LF: I would choose songs from my own projects because they represent the most intimate kind of creation working with my co-writers and discovering things along the way, sometimes rewriting several times. With Eddie Arkin, it might be “How Did We End Up Here?” from Ages, which was about my long-term relationship with my husband and our move to the San Juan Islands; and “Attachments,” the title tune from my last album. With Shelly Berg, his two tunes from Attachments: “I Love You Guys,” which has the most hilarious arrangement ever; and “The Veil,” which emotionally was the hardest lyric I ever wrote. With Russell: “Anna Lee” from Attachments, a song that almost did not get finished because of various problems we had in its creation, but which I now adore; and something from my album in progress, Flirting With Disaster, that is inspired by the music of Gyorgy Ligeti and is just Russ on piano and Charlie Bisharat on violin. It’s pretty wild, and unlike anything I’ve ever heard Russ do.

RV: Which recordings would you recommend for young composers, singers or instrumentalists?

LF: It’s funny, I don’t know if I can answer that question well except to suggest that any young person with a love of music should listen to as many different kinds of music as possible. Certain artists and albums will resonate with you-make a bell go off in your head.

A big thank you to the gifted lyricist, Lorraine Feather, for taking the time to share a taste of her history and songwriting process. I hope we’ll hear a new generation of singers inspired by her clever songs and writing their own. I plan to catch up with Lorraine again in the future and enjoy a more in-depth conversation about specific songs. This interview should serve as an introduction to her music. You can learn more at her website.

Such Sweet Thunder-Music of the Duke Ellington Orchestra

Tales of the Unusual

Depending on how he looks at it, Kenny Garrett’s latest album, Sounds from the Ancestors, has been out for an eternity or an instant. Recorded … END_OF_DOCUMENT_TOKEN_TO_BE_REPLACED

As I delved ever deeper into the 14 albums that document the Larry Goldings/Peter Bernstein/Bill Stewart trio to prepare for our January Zoom conversation, what … END_OF_DOCUMENT_TOKEN_TO_BE_REPLACED

The musical avant-garde is an area where creative people who have earned wisdom through a lifetime of experience can flourish. Wadada Leo Smith, who last … END_OF_DOCUMENT_TOKEN_TO_BE_REPLACED