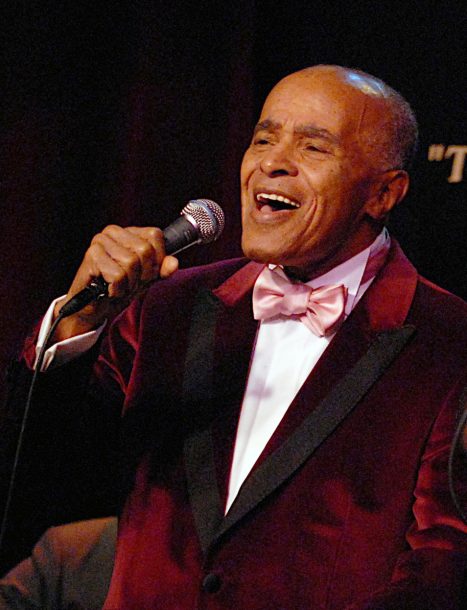 If there was ever a more swinging bebop singer than Jon Hendricks, I don’t know who it was. He was clearly born to scat sing, easily maneuvering through difficult twists and turns in Charlie Parker solos, swinging through Count Basie’s book and singing Duke Ellington’s music with integrity and spirit. At 93, he’s still ready to meet life’s struggles as an artist, with a twinkle in his eye. He was raised in a family with fourteen siblings and developed strong survival skills from his father, a preacher at the Warren, Ohio A.M.E church. With Art Tatum living down the street, Jon’s ears were fed the right notes and feel from his youth forward.

In 1957, Jon teamed up with Dave Lambert and Annie Ross to form the most influential vocal jazz group the world has known. Jon discovered his talent for writing lyrics to jazz solos, as did the great Annie Ross. Hair-raising scat solos flowed with the speed of light from Dave Lambert and Jon. Lambert, Hendricks and Ross unquestionably remain an inspiration to all jazz singers around the world today.

Five decades ago, John McLaughlin sensed something monumental was coming in music. “I knew things were going to change,” he said. “All the musicians felt … END_OF_DOCUMENT_TOKEN_TO_BE_REPLACED

Since her early days during the folk revival of the 1960s, Maria Muldaur has been immersed in American roots music of the past—the often quite … END_OF_DOCUMENT_TOKEN_TO_BE_REPLACED

This rare interview with pianist Hans Groiner was recorded on April 8, 2021. JazzTimes: Do you follow the latest trends in jazz? What have you … END_OF_DOCUMENT_TOKEN_TO_BE_REPLACED

The rock world takes a lot of credit for what’s known as the “indie ethos,” or “DIY.” Circumventing the corporate music industry with small labels … END_OF_DOCUMENT_TOKEN_TO_BE_REPLACED