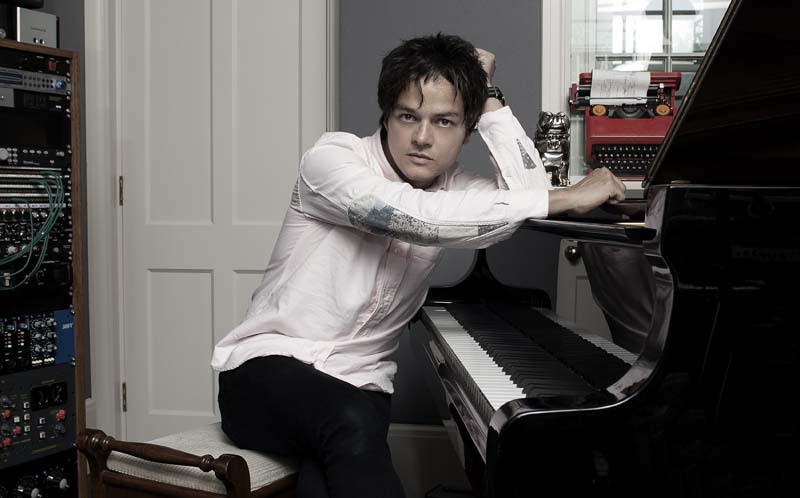 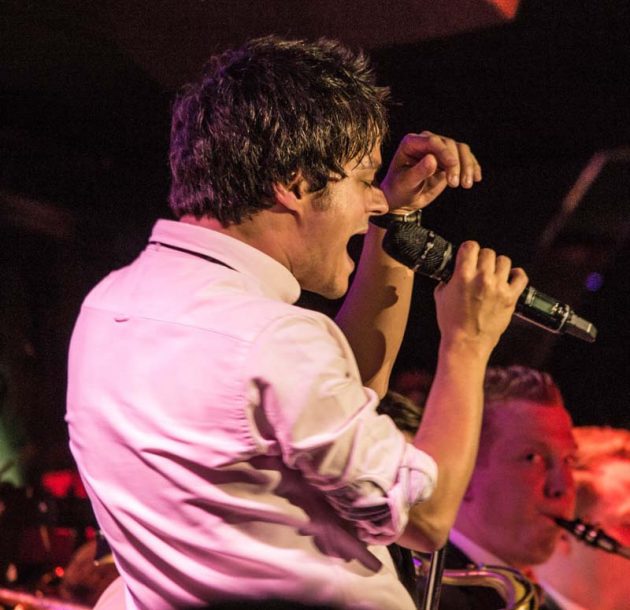 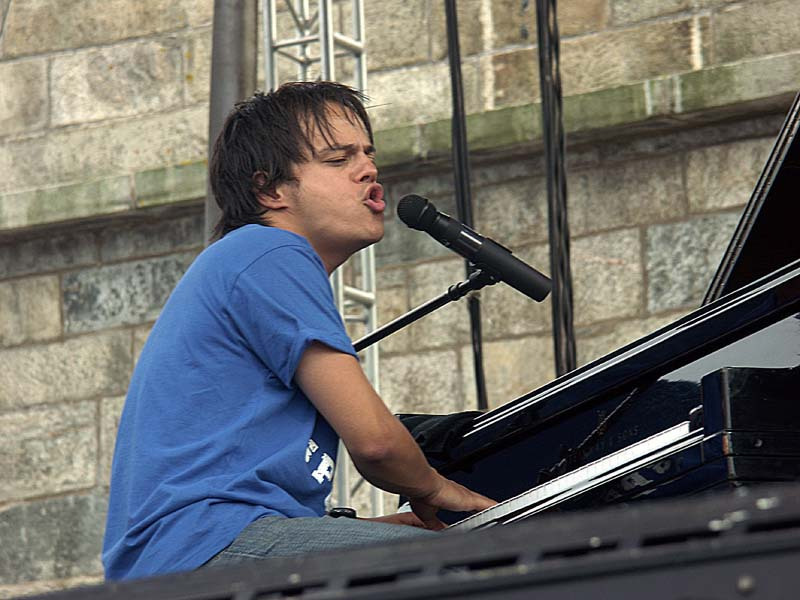 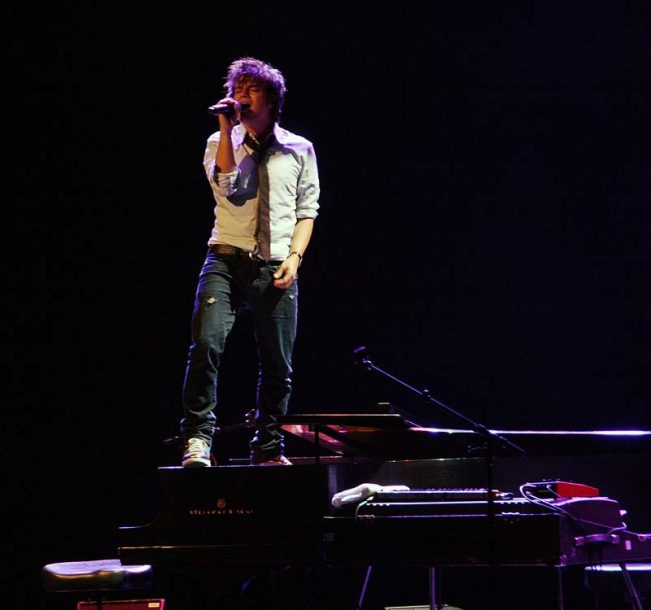 When Jamie Cullum describes Interlude, his seventh studio album and first for the storied Blue Note Records, as his return to jazz, some might rightfully be tempted to wonder if he ever really left jazz behind. Although some previous releases by the mega-popular 35-year-old British vocalist and pianist have undeniably tilted toward pop, a jazz sensibility has never been far beneath the surface in Cullum’s music.

The most obvious difference between Interlude and Cullum’s previous recordings is that the new one marks the first time since Heard It All Before, Cullum’s 1999 self-released debut, that he’s eschewed original compositions completely. Instead, Cullum offers an eclectic set of songs including Randy Newman’s “Losing You,” Mark Murphy’s “Come and Get Me,” singer-songwriter Sufjan Stevens’ “The Seer’s Tower,” Ray Charles’ “Don’t You Know,” Cannonball Adderley and Jon Hendricks’ “Sack O’ Woe,” the 1922-written “Lovesick Blues” (later a hit for Hank Williams) and a pair by Harold Arlen and Johnny Mercer. Guest vocalists-Gregory Porter on an arrangement of “Don’t Let Me Be Misunderstood” inspired by Nina Simone’s version; British soul-jazz singer Laura Mvula on “Good Morning Heartache,” made famous by Billie Holiday-join Cullum for a pair of duets, while the title track is a faithful adaptation of “A Night in Tunisia.”

What’s also new for Interlude, which was actually cut before Cullum’s previous album and with musicians Cullum had never used before, is that for most of the sessions he cedes the piano bench to fellow Brit Ross Stanley. “I’m a good piano player but I’m not a great piano player,” Cullum says, “and it’s a great thing to walk into the studio and be surrounded by people who can raise your game.”

This interview was conducted in New York in mid-September, the afternoon following a pair of triumphant sold-out sets at the Blue Note club and a couple of nights before Cullum opened for Billy Joel at Madison Square Garden.

Here’s a quote from your first JazzTimes interview 10 years ago. Tell me if you still feel the same way. You said, “I hate the exclusivity of it [jazz]. A lot of jazz musicians thrive on the fact that not a lot of people understand it. That doesn’t work for me. I don’t want to be an outrageous populist but I do want to give people something they can understand.”

It’s interesting what you say when you’re younger, isn’t it? Actually, that’s very truthful. I imagine that’s me speaking after [2003-04’s breakthrough album] Twentysomething became popular. [Now] occasionally I will write something and I’ll think, “This might be a song that can work on radio,” and that’s obviously a beneficial thing. But I can also safely say, 100 percent, that that has never been the impetus to start something. I always start precisely from the position of what will make me feel happy. Maybe it’s in my bones to be a populist. I’m a sociable human being. I like to get on with people. I enjoy being around other people. I’m not a hermit. I’m not a natural antagonist.

Playing jazz is inherently a social occupation. You have to be able to communicate with other players instantly.

The nice thing about this record is that all of these performances were captured almost like speed dating. I’d barely met the bass player [Riaan Vosloo] and drummer [Tim Giles] and half an hour later we recorded “Don’t You Know.” I know that’s not a unique thing for jazz but I love that because we recorded it and we moved on. We played it once and that is what you hear. It’s a one-take song.

Depending on how he looks at it, Kenny Garrett’s latest album, Sounds from the Ancestors, has been out for an eternity or an instant. Recorded … END_OF_DOCUMENT_TOKEN_TO_BE_REPLACED

As I delved ever deeper into the 14 albums that document the Larry Goldings/Peter Bernstein/Bill Stewart trio to prepare for our January Zoom conversation, what … END_OF_DOCUMENT_TOKEN_TO_BE_REPLACED

The musical avant-garde is an area where creative people who have earned wisdom through a lifetime of experience can flourish. Wadada Leo Smith, who last … END_OF_DOCUMENT_TOKEN_TO_BE_REPLACED

Wisconsin-born and proud: For all of the avant-everything complexity Ethan Iverson has applied to his solo projects or the sounds he created in his role … END_OF_DOCUMENT_TOKEN_TO_BE_REPLACED