Skip to content
Become a member and get exclusive access to articles, live sessions and more!
Start Your Free Trial
Home > Features > Jamie Cullum and José James on Billie Holiday 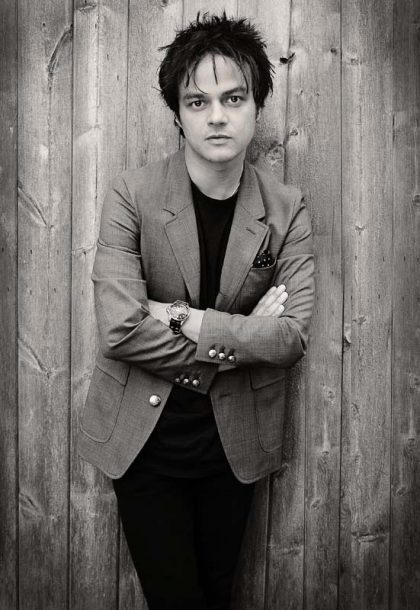 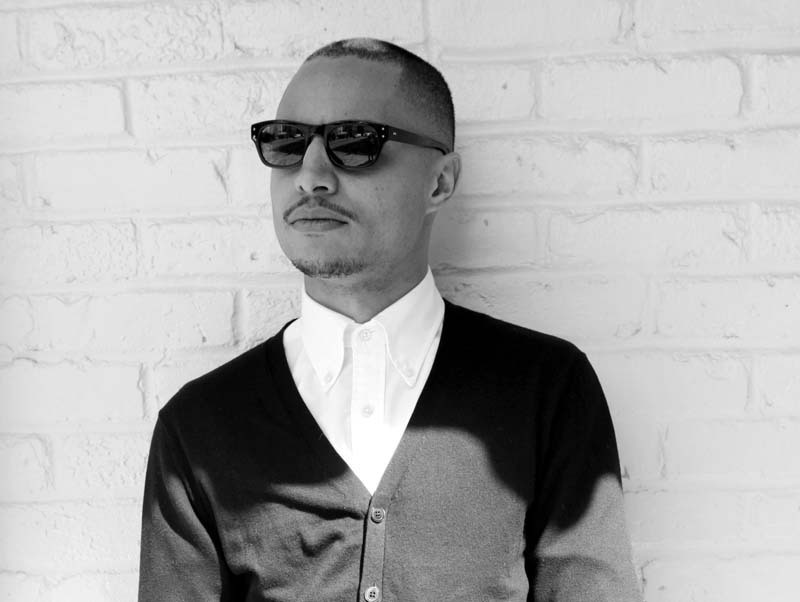 Two of today’s leading jazz singers, Jamie Cullum and José James, performed on the opening day of this year’s Nice Jazz Festival, held on the French Riviera in July, and agreed to a brief double-interview to kick off the festival’s new series of live discussions. The conversation took place under a bright summer sun with roughly 100 fans and local dignitaries attending.

Choosing the topic? That was easy: Both vocalists had recently recorded tributes to Billie Holiday, in honor of her centenary, both released in the States on Blue Note. James’ fills an entire album, the critically lauded Yesterday I Had the Blues, while on his Interlude, Cullum teams with the British soul singer Laura Mvula for a stunning rendition of “Good Morning Heartache” (a tune James interprets on his disc as well). The discussion offered an intriguing peek into how two talented musicians approached a revered and intimidating legend-musically, cerebrally and emotionally.

Ashley Kahn: We have two male singers celebrating a female singer, so let’s start off with that question right there. Billie Holiday’s influence is so big, crossing lines of genre and gender. Can you talk about what her influence has been on you guys and why? Why do you think her influence has lasted so long?

José James: It’s also Frank Sinatra’s centennial, and I guess I didn’t even consider doing a tribute to Frank because I think of him as totally complete-there’s not really any space left. He’s like a Coltrane or something; it’s all done. Billie Holiday, to me, left so much space, and she’s not the most technical singer but she was such an innovator and had so much emotion. I thought, “Wow, this is a cool challenge to step into her world and see how it feels.”

Jamie Cullum: What I’ve definitely taken from listening to her, more than anything, is that she was an improviser. I was listening to her just this afternoon, on the way here on the plane. I listened to her sing “Summertime,” from the really early recordings. We know that tune so well and still she does whatever she wants with the melody, whatever she wants with the rhythm, in such a way that it still sounds so powerful and timeless. I think, to answer your question, it’s the improvisation that she does when she sings without scatting.

Kahn: One of the things about Billie Holiday’s popularity is that she absolutely still sounds so modern, except for some of the recording techniques and the instrumentation. You take that voice out of that context and it could be someone who sang yesterday or tomorrow. Can you talk about what it is that gives it that enduring quality? What did she discover?

Cullum: I think authenticity doesn’t get old. And it’s not just about the life that she lived, which was obviously a hard, colorful one. I think it was the ability to communicate that in a way that was not only dramatic. She communicated it through almost speak-singing, and I think that is the thing that makes it so modern, this way of communicating through the smallest of gestures.

James: Louis Armstrong played trumpet and sang, and of course he did not do them at the same time, but he did do the same thing on each instrument. Billie Holiday worshipped Louis Armstrong, and she learned from him. I think she was that next generation who took both [his vocal and instrumental] approaches and made [them] one thing.

She improvised, like Jamie was saying, with words only, and she was of a different generation harmonically-she was hanging out with the Basie band, [Ben] Webster and Lester Young and Harry Edison, and all those guys showed her a lot of harmonic language that didn’t exist when Louis Armstrong was getting started. So she really is the prism that all of the artistry of Louis was shot through and then it refracted in all of these ways, including [in the styles of] Ella and all the singers we know now. To me, she’s really the most important jazz singer after Louis Armstrong.

Kahn: We’ve been talking about Billie Holiday, so I think we should listen to at least a little bit of Billie herself. Let her talk for herself. [Music plays.]

That was “My Man,” sung by Billie Holiday [in 1948]. It brings to mind one other aspect I think that Billie kind of invented, and that was the idea that you were given this incredibly private view into her life, into her personality and her suffering that was very unlike all the singing that came before her. That idea of having that incredibly intimate moment, almost like you are alone with her, is something that really she owns. Can you talk about that aspect and what challenge there might have been as a guy going into that world?

So, to me, the rule of Billie Holiday’s world is that she only sang what she felt. She wasn’t an entertainer at all; she was entertaining, but she sang stuff she believed in. I just said, “OK, I’m not going to try to put myself in that emotional place-this is acting.” So I really respect that stuff but I ran away from it.

Cullum: I think it’s also worth discussing technologically, as well as what she was doing scientifically with her voice, because of, as you said, Ashley, that kind of intimacy that she could achieve. So often those early singers of this music were singing loud because they had to sing loud over the band. To attain that level of intimacy but also project over a band, it’s a scientific feat as well. It’s another reason why she’s such a great genius.

Kahn: I love that you brought this up: If there is a mother of modern microphone technique, both in the studio and on the stage, absolutely we’re talking about Billie Holiday. She was able to take this instrument here and really start to work with it and find a way to make it part of the vocabulary of popular music.

That’s a pretty personal song of Billie Holiday’s there. It’s not one of her better-known songs but it should be. It’s called “Good Morning Heartache,” recorded in 1946. It’s a great doorway into the world of Billie Holiday, because it has both that sort of bittersweet melancholy but also the joy of her at her prime.

One of the best albums out this year is called Interlude, by Jamie Cullum, and he does a version of this tune with Laura Mvula. Tell us how you chose it and how it came to be on the album.

Kahn: The Simpsons. You know that band.

Cullum: And I say that not as a joke. Even then it had power, and as we know Lisa Simpson loves the blues, she loves jazz. I remember singing it, and afterwards my mom was like, “That’s Billie Holiday,” and she put the original on.

It was something that entered my life at a time where I wasn’t listening to any jazz, really; I was in heavy metal bands. I was probably 12 or 13, and I tell that story because it is that kind of song-it has an immense power. And then when I heard Billie Holiday sing it, it even spoke to me as a 12-year-old. It has power for its joy and it has power for its deep, deep sadness as well. I think even as a preteenager you can sense that; you don’t quite know why, but you can sense it. That’s the essence of life, isn’t it? The sadness and the happiness.

Kahn: And of course the other album I have to mention is José James’ tribute to Billie Holiday. It’s called Yesterday I Had the Blues, and he does “Good Morning Heartache” on that as well. Can you tell us how you came to that song?

James: When I was in grade school, I guess I was like 8 years old, there were two songs I was legitimately scared of. One was “Thriller,” by Michael Jackson, and one was “Good Morning Heartache.” I would not play those songs in the house when I was alone. They would freak me out, you know what I mean? I have an active imagination, and on “Good Morning Heartache” she makes heartache so real. In the song it was always this specter, this phantom in her space, in her room, almost like Dracula.

Now, as an adult, I look at that song and her interpretation and what strikes me is the acceptance of the pain, when she says, “Sit down.” To me that’s a very kind of Buddhist, advanced way of thinking about life, and that’s what I take from her: She had a very difficult life, she transformed it into art, she had heartbreak and she accepted the heartbreak. And that’s a really difficult thing to do. The greatest hurdle of the album was recording that song, because it is a challenge to embrace pain. Nobody wants to do it. It’s not a fun thing to do, but if you can master it then you can really do anything.

Depending on how he looks at it, Kenny Garrett’s latest album, Sounds from the Ancestors, has been out for an eternity or an instant. Recorded … END_OF_DOCUMENT_TOKEN_TO_BE_REPLACED

As I delved ever deeper into the 14 albums that document the Larry Goldings/Peter Bernstein/Bill Stewart trio to prepare for our January Zoom conversation, what … END_OF_DOCUMENT_TOKEN_TO_BE_REPLACED

The musical avant-garde is an area where creative people who have earned wisdom through a lifetime of experience can flourish. Wadada Leo Smith, who last … END_OF_DOCUMENT_TOKEN_TO_BE_REPLACED

Wisconsin-born and proud: For all of the avant-everything complexity Ethan Iverson has applied to his solo projects or the sounds he created in his role … END_OF_DOCUMENT_TOKEN_TO_BE_REPLACED