Skip to content
Become a member and get exclusive access to articles, live sessions and more!
Start Your Free Trial
Home > Features > James Gavin: Surrender to Telling the Truth 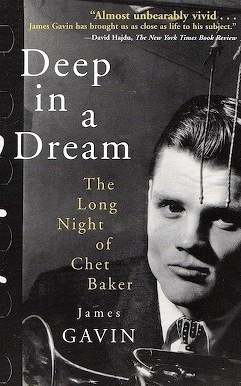 Cover of Deep in A Dream: The Long Night of Chet Baker by James Gavin 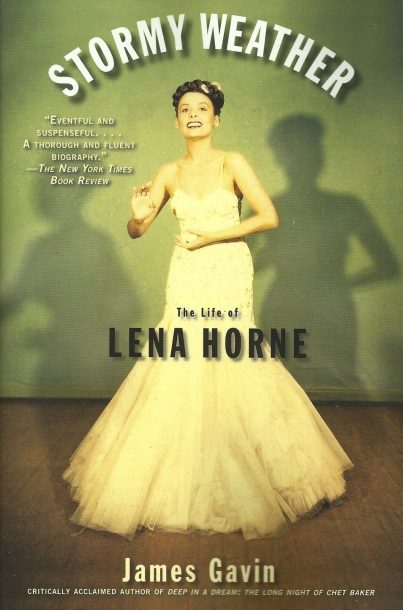 Cover of Stormy Weather: The Life of Lena Horne by James Gavin 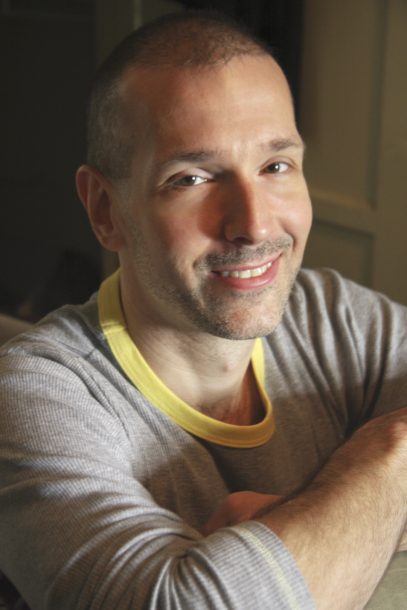 Author James Gavin has been writing about jazz and vocal music for over 20 years. His most recent book is the critically acclaimed Stormy Weather: The Life of Lena Horne which has recently been published in paperback. Gavin also wrote Deep in a Dream: The Long Night of Chet Baker. His first book, Intimate Nights: The Golden Age of New York Cabaret, won the ASCAP Deems Taylor Award for music journalism. He has contributed numerous articles for The New York Times, as well as Entertainment Weekly, Vanity Fair and JazzTimes. In addition, Gavin has contributed liner notes to over 400 CDs, including many reissues he produced himself for Verve, Blue Note, and Koch Jazz. His essay for the GRP box set Ella Fitzgerald – The Legendary Decca Recordings earned a 1996 Grammy nomination.

Gavin spoke with JT in great detail about his life as a writer, his approach to biography, his Chet Baker biography and his most recent book on Lena Horne.

What was the first piece about jazz or music that you wrote?

Believe it or not, it was the book, Intimate Nights: The Golden Age of New York Cabaret. Before that, I had never written so much as an article published in a real magazine…just some school newspaper pieces. I started with a book. It came out in 1991 when I was 27 years old. At that point, I quit my secretarial desk job at Saks Fifth Avenue and was suddenly plunged into the burden of having to earn a living by writing mainly about music. And I have been doing it continuously now for 19 years. I’ve never had a column. I’ve never had a staff job. I’ve always been a freelancer.

Were you educated or trained as a journalist?

I was an English major at Fordham University, but I have to say that I mainly taught myself. I began writing my first book when I was a junior in college. I was taking a writing tutorial with the writer Verlyn Klinkenborg, who has written a lot for The New York Times. I was fascinated by the nightlife of old in New York City, and I hoped and prayed that that scene still existed and that I would some day step into it. I said to him during one of our meetings, “No one has ever written a book about all those wonderful little clubs that used to be all over New York, and wouldn’t it be nice if someone did it?” And he said, “Why don’t you?” A bell went off and guess what? I did. That was 1984.

The idea of my book was amorphous at that time. I just knew I wanted to write a book about nightclub singers. The first thing I did was march into Carmen McRae’s dressing room at The Blue Note. She used to play there twice a year. I was the nerd of the world and I had no experience whatsoever. I had the gumption to say, “Hi, I’m writing a book about singers and I’d like to interview you.” She said, “Okay.” Then I met her manager who was standing right outside the door-a man named Kim Hartstein -and he was astonished when I told him the story, because he told me that Carmen had just said no to People Magazine and told the lady from Ebony to fuck off. And she said yes to me. With that blessing in mind, I proceeded.

The Chet Baker biography was your next book. Why did you move to a biography with one subject?

When the world shut down last year, so did Alicia Olatuja. The St. Louis, Missouri-bred vocalist sat in her New Jersey apartment one day watching … END_OF_DOCUMENT_TOKEN_TO_BE_REPLACED

In May, during Jazz Congress 2021—held online rather than at the conference’s usual location, Jazz at Lincoln Center in midtown Manhattan, because of the pandemic—a … END_OF_DOCUMENT_TOKEN_TO_BE_REPLACED

Counting off a tune as she steps to the mic, Veronica Swift holds tempo in her stride. In the living room of a longtime collaborator, … END_OF_DOCUMENT_TOKEN_TO_BE_REPLACED

Billy Hart doesn’t see jazz as being split between avant-garde and straight-ahead; for him, the big distinction is between acoustic and electric. And given the … END_OF_DOCUMENT_TOKEN_TO_BE_REPLACED