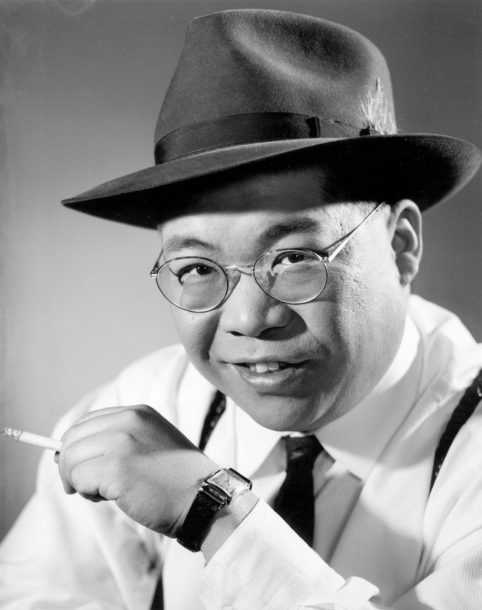 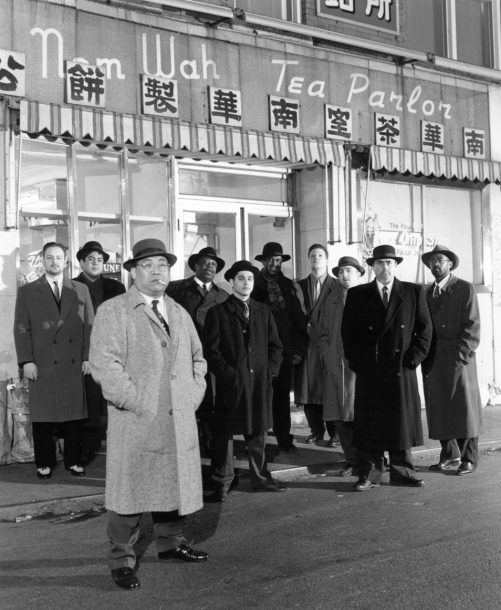 While his fellow baby-boomers were listening to rock and pop music in their youth, Chinese/American bandleader George Gee was enjoying the swinging sounds of the big bands of the ’30s and ’40s. George formed his own big band 30 years ago, and through the ups and downs of swing’s various revivals, George has kept his group working and performing throughout the world and done his part to carry on the tradition of his mentor, Count Basie.

What follows is an excerpt from our conversation that was aired on my Judy Carmichael’s Jazz Inspired radio show in 2008.

What’s it like to be working and keeping a big band together? You’ve been doing it for so long. We know it’s fantastic music, but just because something is fantastic doesn’t mean that you can keep it going, in this day and age. Talk about the challenges.

The year 2008, I’m proud to say, marks my 30th year in the swing business, which actually finally is impressing myself. See, I am one of the hardest people to impress. I started my first band, and I started also in college radio, playing swing and big band music back at a time when punk and new wave music was king. And I was accepted. It’s really a labor of love, as all good music is. But I am blessed and very fortunate to be able to make this a career. It’s truly something I love. The sound, the music, the company that I keep, the camaraderie… It’s such a blessing not just that I’m able to travel and perform, but also sustain a living for me and my family in this field.

Talk about the changes that you’ve experienced, because you have a big perspective of 30 years when this music was not a popular form. We came up in a similar situation, that we both liked music that was out of our time, but it was just great music. But you’ve actually been doing this and gone through different phases, there was the Gap commercial, when everyone knew what lindy-hopping was, again. What has that been like for you?

I do have a barometer to compare it to. When I first started three decades ago, back in my college days in Pittsburgh, I was really a rare pumpkin. People really thought I was crazy. That’s because I was young and I liked big band music. People thought it was really bizarre. I got a lot of obstacles in trying to convince people that big band swing music is fun happy music. I never thought 10 or 12 years ago that the resurgence of swing and lindy hop would hit as hard globally. It hit me blindsided. I thought I had the pulse of the music scene on top. So I was as surprised as anyone when I found out that people were lindy hopping and swing dancing digging not just Louie Jordan, Louie Prima and Louie Armstrong, but they were also digging Count Basie, Benny Goodman, Duke Ellington and Lionel Hampton. And all of a sudden swing and big band music and dance was hip and groovy. And it’s really great because a lot of the bands that came up ten years ago were sort of flash in the pans. They weren’t true jazz bands. And the real true jazz bands that have swing at their heart and soul are still out there doing what they’ve always done. I think that people are realizing or telling the difference between good music and music for swinging and for dancing and for listening, of course.

I think they do hear it. I think that people underestimate an audience. I was fortunate to work at Disneyland, one of my first jobs . In the summer, there was a different big band every week. I would see the difference in how people would respond. They were all great, they were all the top tier bands, but then you would get Basie. And something different happened. You just saw it and it was so subtle, because he was so subtle in terms of how he directed the band. He wasn’t jumping around. People really hear the difference. I agree with you.

Mr. Basie was the biggest influence for me. I had the chance to have a relationship with him and had his support. What I learned from Mr. Basie was not a musical knowledge, obviously he’s a goldmine of musical knowledge. But it was the way I observed his relationship with his musicians and his family. It was a family. The love that went from Mr. Basie to his colleagues and vice versa was true and genuine. And it showed onstage and offstage. I think that was what I learned from him. Happy music does need to be created by happy people.

With Basie, there was that sort of calm energy that would come across.

No matter how hard they were swinging or no matter what the tempo was, it was always Basie. There was a calmness. All the big bands started off playing for dancing. That’s the root of all swing music, possibly all jazz. You played for dancing. When you play a bright tempo with a selection where the rhythm is really jumping, that calmness that exudes from that bright tempo is something that the dancers really rely on, because as much as rhythm is not in any sense a drum machine or sterile and steady, it breathes. Swing music breathes. And the dancers breathe. I always tell my rhythm section or my soloists or my horn players to watch the dancers. Don’t let them slow you down or speed you up, but breathe with them. The rhythm doesn’t stop at the bandstand. It goes on to the dance floor. And into the audience too. Mr. Basie said that when the band starts playing, you look in the audience and always watch for that one person that’s tapping his feet. And if you see that, then you know you’re doing something right.

Talk about Ellington and what you get from him and his approach.

I never had the fortune of meeting Mr. Ellington or seeing his band perform live. It was a little bit before I got into the music in the 70s. I asked Mr. Basie when I first interviewed him for my college radio station back in, believe it or not, 1979, “What about Mr. Ellington? What are your thoughts about the Duke?” After a short pause, he took a drag off his cigar and drank from his cup a sip of his coffee, and he looked me straight in the eye and he said, “There’s nothing that you can compare to the Duke. His music was like flowers.” And that’s all he said.

It took me awhile, but after some thinking I understood. His music was like flowers. Yes, it was beautiful and so multi-layered and so intellectual but of course it was very swinging.

Swing music is show biz. And Louie Jordan was one of the ultimate showmen. Besides the fact that he played a very greasy and sultry alto saxophone and he sang in a whimsical and funny manner about all kinds of topics – about women or rent parties or boozing or whatever – he put on a show. He mugged and he played great jazz. He’s really the predecessor of rhythm and blues and rock and roll. He bridged that gap between the big bands or the big ensembles and R&B and rock and roll of the mid-50s and early 60s. I love Louie Jordan. When the resurgence of swing and lindy hop was popular like ten years ago, Louie Jordan was at the forefront musically. People now tend to gravitate towards the big band sound, but Louie Jordan is still very popular on the dance floor, among DJs. His music, I’ve yet to see anyone recreate his style because it’s one of a kind.

What about Frank Sinatra?

Who doesn’t like Frank Sinatra? His music crosses boundaries. Either you love him or you hate him, but I’ve found that the majority of the world loves him. I did see Frank once. It was near the very end of his career. I had to pay $600 for the cheapest seats at the Sands Casino in Atlantic City. My seats were so far away, but, you know what, I was there. It was the best $600 I ever spent.

We’re lucky because we’re just old enough that we could see some of those people, even though they were older. We still have that link, which is fabulous.

Every true jazz musician that I met from the old school was eager to pass the torch. I’m so lucky. That’s why it’s so important that I continue in the best way that I know.

To listen to the entire conversation with George Gee, along with his music and the music that influenced him, or to hear interviews with other notable people inspired by jazz, go to Judy Carmichael’s Jazz Inspired web site.

Depending on how he looks at it, Kenny Garrett’s latest album, Sounds from the Ancestors, has been out for an eternity or an instant. Recorded … END_OF_DOCUMENT_TOKEN_TO_BE_REPLACED

As I delved ever deeper into the 14 albums that document the Larry Goldings/Peter Bernstein/Bill Stewart trio to prepare for our January Zoom conversation, what … END_OF_DOCUMENT_TOKEN_TO_BE_REPLACED

The musical avant-garde is an area where creative people who have earned wisdom through a lifetime of experience can flourish. Wadada Leo Smith, who last … END_OF_DOCUMENT_TOKEN_TO_BE_REPLACED

Wisconsin-born and proud: For all of the avant-everything complexity Ethan Iverson has applied to his solo projects or the sounds he created in his role … END_OF_DOCUMENT_TOKEN_TO_BE_REPLACED