Skip to content
Become a member and get exclusive access to articles, live sessions and more!
Start Your Free Trial
Home > Features > Frank Kimbrough: A Dark, Rainy Sunday in May 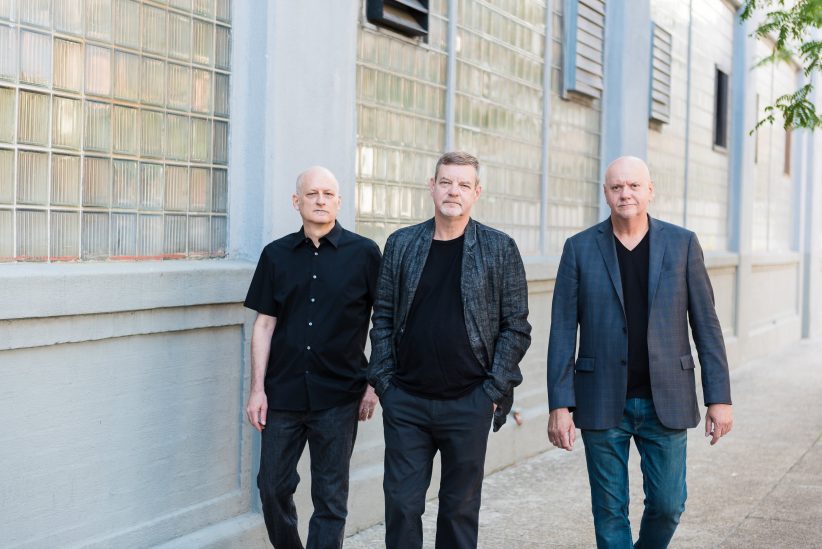 Frank Kimbrough is the Tommy Flanagan of his generation, and, perhaps, its Hank Jones. Like them, his first virtue is taste. Like them, he is the consummate sideman. And like them, later in his career, he surmounted the occupational hazard of all great accompanists: He became a leader.

Kimbrough’s recordings under his own name constitute one of the important piano portfolios of the new millennium to date. On albums like Air (a rare solo session) and Live at Kitano (a trio date, his favored format), the dynamic balance between rapt lyricism and hard edges is unique to Kimbrough. Solstice, a Pirouet Records release with bassist Jay Anderson and drummer Jeff Hirshfield, is his most deeply realized, most personal statement. Kimbrough, 60, spoke on the phone from his home in Long Island City, N.Y. (“one subway stop from Midtown”). He had just come from a class at Juilliard, where he has taught for nine years.

JazzTimes: Solstice feels like one arc, one atmosphere of emotion. Was it made in one day?

Frank Kimbrough: Yes. I do all my records the same way. My mentors were people like Paul Bley, Andrew Hill, Shirley Horn. I observed how they worked. None of them rehearsed. We recorded Solstice on a Sunday in May. It was dark and rainy. Coincidentally, it was Shirley Horn’s birthday. I had picked out some tunes, maybe 15. I didn’t tell Jay and Jeff anything except what time to show up at the studio. I don’t go in with a plan. We just started playing. The Andrew Hill tune, “From California With Love,” was actually the sound check. Jay and Jeff had never seen it before. There’s risk in that, but I work with people I trust. Seven of the nine tracks were first takes. The first take is usually the one with the most stuff in it. The first take is usually the most honest.

One of your roles would seem to be curator. You find obscure gems and rarely played standards, like “Here Come De Honey Man.”

It’s a continuum. I grew up playing standards. I don’t see any reason to let them go by the wayside. People connect with these songs.

But what draws you to a tune?

With pieces like “Love Theme for Albert,” by Annette Peacock, or “Seven,” by Carla Bley, people maybe don’t know they know them, but they’ve heard them somewhere. I like to take something unfamiliar and make it familiar. Or take something familiar and make it a little unfamiliar. These songs are all part of our—excuse me, but they really are—our collective consciousness. The tunes I play choose me. I had my class learning “I Loves You, Porgy,” so I played them Shirley Horn’s version, and she did “Honey Man” right before it, like a medley. I thought, “My God, that’s one of the most beautiful melodies I’ve ever heard.” And it’s almost nothing, maybe 30 seconds. I knew I had to play it. Because it’s really open too. I like open music. I don’t like to be hemmed in. My taste in music tends toward the corners. I love the corners where nobody’s looking.

Talk about why your bands don’t rehearse.

If you rehearse and rehearse, pretty soon there’s no music. Instead there’s a show. One thing I learned by hanging with Paul Bley is that he never practiced. He never touched a piano between gigs. I discovered that you can think about all this stuff, concepts, away from the bandstand. But if it’s not all worked through beforehand, when you finally sit down to play, you can surprise yourself with what comes out. For Solstice, I never talked with Jay and Jeff about what we would play. But I had been thinking about those tunes.

You’ve occupied the piano chair in the most important large ensemble in jazz for over 20 years. Surely the Maria Schneider Orchestra has to rehearse.

Actually, it will be 24 years in March. When Maria writes a new piece, there’s usually only one or two rehearsals before we perform it in public. It may be a seven-hour rehearsal, but often there’s only one. Maria is a perfectionist, but she likes to work on pieces as we perform them. At the first rehearsal I’m trying to hear where I fit into the whole thing, because I am playing her music. Sometimes I’m doubling other parts; sometimes I’m more free.

That bitonal solo you take on “The Thompson Fields” [the title track from Schneider’s Grammy-winning album of 2015] is a great example of how an improviser can enhance someone else’s music.

That solo developed in performance. The first two or three times, Maria said, “No, we’re not quite there.” Then one night she said, “Oh, that’s it.”

I would like to make a record for ECM and headline at the Village Vanguard.

Do you prefer recording live or in a studio?

You tend to be less inhibited playing live. But you’re more likely to overplay, because you’re trying to get to the back of the room. The problem with a studio is that you know you’re in a studio. But everything’s right there. I like both. The Solstice record could never have been made live. It required silence. It’s always about the moment. It would have been different if we had recorded at night, or if it had not been raining. The next day, it would have been a totally different record.

Because it would have been another day?

Depending on how he looks at it, Kenny Garrett’s latest album, Sounds from the Ancestors, has been out for an eternity or an instant. Recorded … END_OF_DOCUMENT_TOKEN_TO_BE_REPLACED

As I delved ever deeper into the 14 albums that document the Larry Goldings/Peter Bernstein/Bill Stewart trio to prepare for our January Zoom conversation, what … END_OF_DOCUMENT_TOKEN_TO_BE_REPLACED

The musical avant-garde is an area where creative people who have earned wisdom through a lifetime of experience can flourish. Wadada Leo Smith, who last … END_OF_DOCUMENT_TOKEN_TO_BE_REPLACED