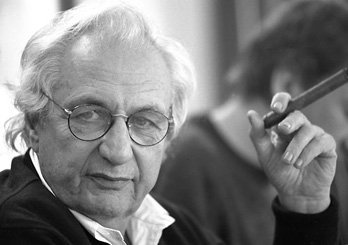 I met architect Frank Gehry in 1989 right before he won the prestigious Pritzker Prize, often called the “Nobel Prize of architecture.” I was fortunate to be along on the trip to Japan where Frank was awarded that honor.

Frank was already an architectural rock star when I asked him to be one of my original 13 guests on Jazz Inspired. He immediately said yes without asking me anything about the show, which was an extremely generous gesture considering his insanely busy schedule. He had a line of people waiting to see him the day we got together, each ready to claw me out of the way to get their Gehry moment.

Five decades ago, John McLaughlin sensed something monumental was coming in music. “I knew things were going to change,” he said. “All the musicians felt … END_OF_DOCUMENT_TOKEN_TO_BE_REPLACED

Since her early days during the folk revival of the 1960s, Maria Muldaur has been immersed in American roots music of the past—the often quite … END_OF_DOCUMENT_TOKEN_TO_BE_REPLACED

This rare interview with pianist Hans Groiner was recorded on April 8, 2021. JazzTimes: Do you follow the latest trends in jazz? What have you … END_OF_DOCUMENT_TOKEN_TO_BE_REPLACED

The rock world takes a lot of credit for what’s known as the “indie ethos,” or “DIY.” Circumventing the corporate music industry with small labels … END_OF_DOCUMENT_TOKEN_TO_BE_REPLACED