Skip to content
Become a member and get exclusive access to articles, live sessions and more!
Start Your Free Trial
Home > Features > Eyedentity: Passing the Torch 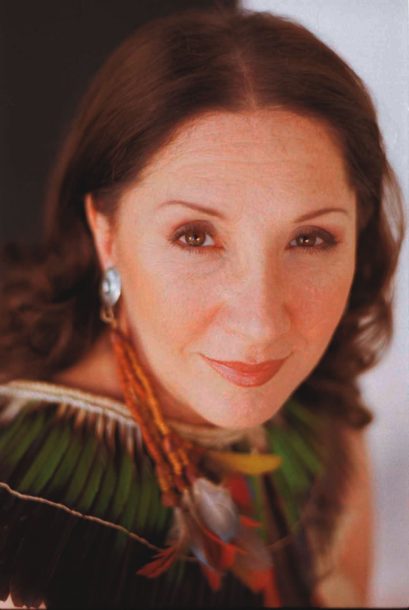 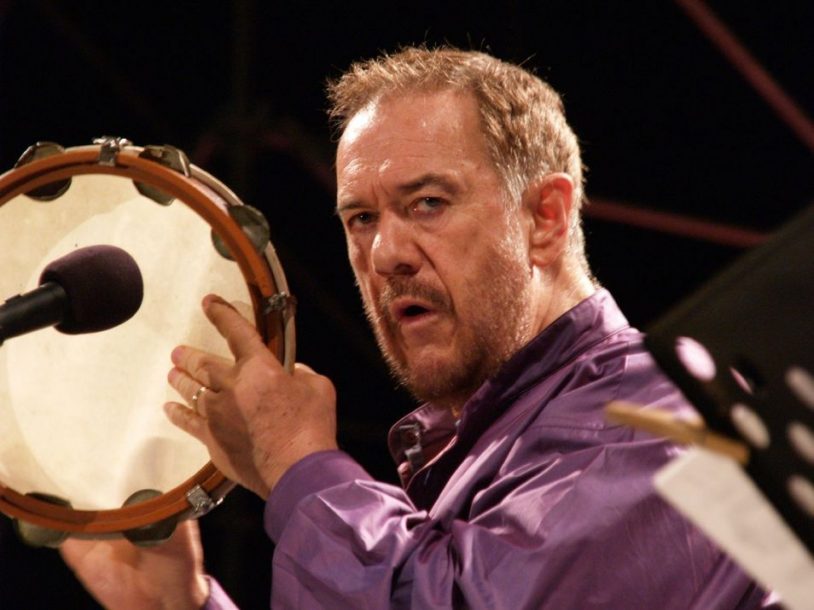 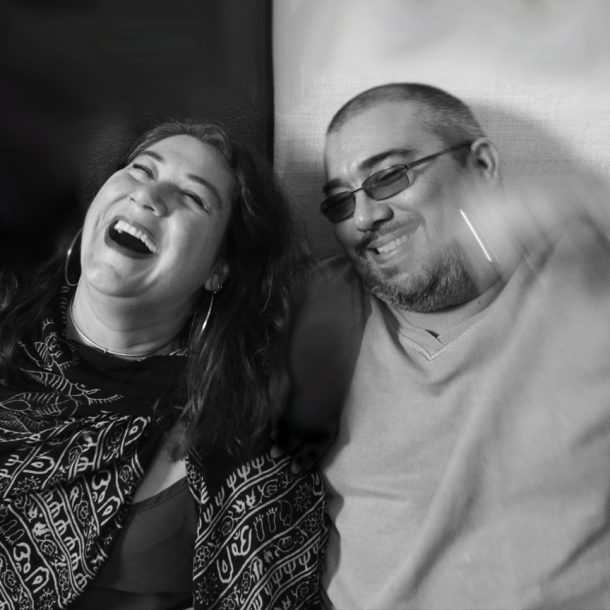 NEA Jazz Master and percussionist Airto Moreira has teamed up with daughter, Diana Booker, and son-in-law, Krishna Booker (son of the late, legendary bassist Walter Booker) and their band to form Eyedentity, which integrates jazz, hip-hop, neo-soul and rare grooves. The group’s name was adopted from Moreira’s 1975 album, Identity.

Eyedentity has been on the scene for some years now, having released four albums and several singles. Krishna Booker leads the ensemble with a dazzling lyrical rap style, while Diana draws upon the Brazilian style of her mother, singer Flora Purim, albeit with her own signature sound. Moreira joined the band for its world tour, enhancing their sound with his tantalizing percussion. Needless to say, the band’s popularity has soared in Europe, Brazil and in the United States and their electrifying performances with Airto can be heard at several venues around the country.

I recently sat down to speak with Diana about Eyedentity, her talented family and the joy she finds in singing and performing.

Gigi Brooks: The music of Eyedentity has such a rich, complex and unique message and sound. What influenced Airto to join in the tour and with the band?

Diana Booker: I’ve always wanted to work with my mom and dad. Krishna and I got our start working with them and they’ve always been pioneers in their field and experimental. I think their music has changed really well with the times; they’re always very open to new influences and where else their music can go. My husband and I have been fans of theirs from the beginning, not just because we love them, but because they really are pioneers in their own right. Their music in our eyes has been what we look up to.

GB: What was it like growing up with jazz legends?

DB: As good parents do, when they see that their kids are trying to follow in their footsteps, they opened doors for us, taught us what they know, showed us what inspires them and showed us how they do what they do, and they put us in situations once they realized we were serious about being musicians, songwriters and producers. They helped us to hone our craft and learn what it is that we wanted to do while we worked, and they protected us and took the lead when we didn’t know what we were doing, and they showed us how to be confident and navigate through situations in our careers. Without that knowledge and guidance, we would not be who we are, and that’s something we’ve always wanted. My parents’ music has had such a huge influence on us; we wanted take what we learned from them and keep part of it with us and take it into the future, which made it conducive for their music and our music to marry a little bit more easily. Us, being the kids, have a little more youthful perspective and more of a grasp on electronic music and modern styles of music. However, one thing we kept with us from them is a love for organic music and the beauty in more traditional forms of music; it’s very rich and complex. That’s something a lot of modern electronic music lacks today, which turns us off. We love the richness and complexity, and we try to bring that into the modern genres. My parents are such pioneers, it excited them to be able, through us, to go into the future with their music as well. It just works out. It’s a really odd, unique combination. When we describe it to people verbally they wonder how will it work, but then when they hear it, they understand it works really well together.

GB: I couldn’t agree more. It is phenomenal how it really does work together. Tell me about the tour. Will there be travel to Brazil and other countries?

DB: We have some things in the works. We are talking to promoters in Sao Paulo. We started our West Coast tour already and plan to cover as many cities as possible.

GB: What has been the response when people hear this marriage of music between Eyedentity and Airto?

DB: I’m really happy with the response. At the end of each show we get a standing ovation. People said they were emotional during the show; they expressed joy and tears and said it was a real journey for them. It touches people in a real intimate way, because some of our older listeners saw me singing with Airto and Flora as a kid, and now they see me now singing lead vocals in front of the band and the marriage and how their music has developed and evolved and ours as well. The family is still together evolving and touring and playing; they’re watching the passing of the torch. It’s a real trip for people to see. The younger fans respond really, really well to the youthful part of the show. Krishna does his beat-boxing and we do an acappella section where it’s just vocal and beat-box, and everyone just goes wild! It’s a beautiful response. We love that! Before we play everyone is really curious and some of the older folks are a little skeptical, not sure what to expect, and then when we lay it on them, they just love it and are totally overwhelmed! It’s been really gratifying for us.

GB: You have more music out now, correct?

DB: Yes, we have two more singles available on YouTube. We love our electronic element and have another keyboardist, which makes the sound more balanced for us. The new tunes are a really close representation of where we are. There is an improvisation of “Free” by Airto that was the opening number of a 4th of July celebration at the Esalen Institute. It was a duet between Airto and a friend of ours, Kit Walker; it’s really spiritual and amazing. It’s one of those rare “you had to be there” moments and it accidentally got recorded. We’re adding that element into the show. You know so much of Airto’s music was based on raw improvisation and first-generation sound and we want to definitely keep that element in our music.

GB: What do you want to say to the readers about what to expect when they see you perform?

DB: Well, I would say what we have is very special and because we are a family on stage when we do our art, we open up on stage in a way that is very rare to see in this day and age. We pull the listener in with us and they become a part of us; we play off of their energy. This is a rare opportunity to feel something and be a part of something unique and special and it won’t be going on forever, so now is the time to come and check us out.

Depending on how he looks at it, Kenny Garrett’s latest album, Sounds from the Ancestors, has been out for an eternity or an instant. Recorded … END_OF_DOCUMENT_TOKEN_TO_BE_REPLACED

As I delved ever deeper into the 14 albums that document the Larry Goldings/Peter Bernstein/Bill Stewart trio to prepare for our January Zoom conversation, what … END_OF_DOCUMENT_TOKEN_TO_BE_REPLACED

The musical avant-garde is an area where creative people who have earned wisdom through a lifetime of experience can flourish. Wadada Leo Smith, who last … END_OF_DOCUMENT_TOKEN_TO_BE_REPLACED

Wisconsin-born and proud: For all of the avant-everything complexity Ethan Iverson has applied to his solo projects or the sounds he created in his role … END_OF_DOCUMENT_TOKEN_TO_BE_REPLACED