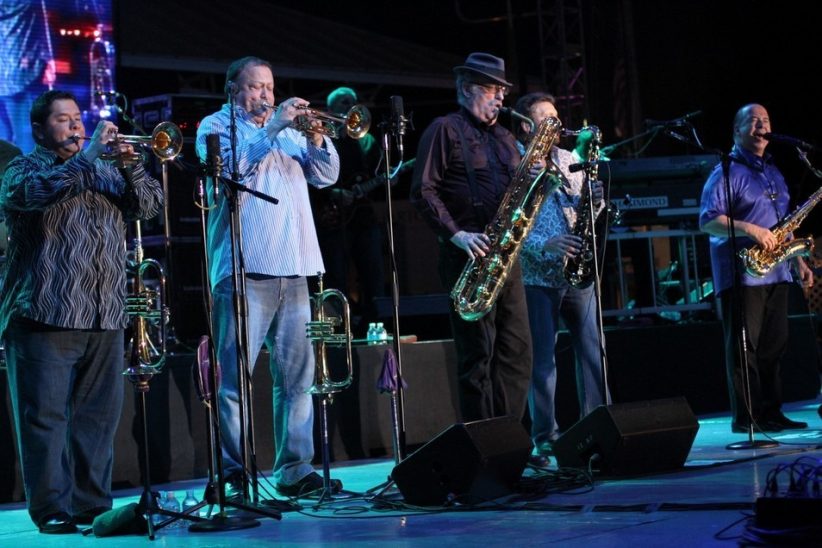 Tower of Power in performance at the 2013 Clearwater Jazz Holiday

This year the Clearwater Jazz Holiday celebrated its 35th year as one of Florida’s largest and most popular venues in the country for some of the greatest headliners of jazz in the world. This world-class event has featured jazz legends such as Dizzy Gillespie, Stan Getz, Herbie Mann, Dave Brubeck, Herbie Hancock, George Benson, Tony Bennett, Natalie Cole, Dianne Reeves, Christian McBride, Esperanza Spalding and many others.

The line-up this year consisted of a mixed bag of highly explosive, famed and popular bands from the past such as Average White Band, Tower of Power and Chicago. Jane Monheit, Larry Carlton and Paul Brown were the “icing on the cake” for this year’s event.

Five decades ago, John McLaughlin sensed something monumental was coming in music. “I knew things were going to change,” he said. “All the musicians felt … END_OF_DOCUMENT_TOKEN_TO_BE_REPLACED

Since her early days during the folk revival of the 1960s, Maria Muldaur has been immersed in American roots music of the past—the often quite … END_OF_DOCUMENT_TOKEN_TO_BE_REPLACED

This rare interview with pianist Hans Groiner was recorded on April 8, 2021. JazzTimes: Do you follow the latest trends in jazz? What have you … END_OF_DOCUMENT_TOKEN_TO_BE_REPLACED

The rock world takes a lot of credit for what’s known as the “indie ethos,” or “DIY.” Circumventing the corporate music industry with small labels … END_OF_DOCUMENT_TOKEN_TO_BE_REPLACED