The cover of Eddie Henderson’s most recent album, 2020’s Shuffle and Deal (Smoke Sessions), finds the trumpet titan sitting on the hood of his Ferrari. The car isn’t on the cover simply because he loves it—although he does, as he’ll happily tell you—but because Ferraris served for Henderson as an odd stepping stone into his long career as a jazz musician.

“I had known Herbie Hancock when he was with Miles Davis [in the mid-1960s], but all we talked about was sports cars!” he explains. “He had a Shelby Cobra, and I always wanted a Ferrari. But he only knew me as a friend of Miles [Davis, who was close to Henderson’s parents] who lived in San Francisco and loved sports cars. He didn’t even know I played.

“So, when he brought his band through town in 1970 and needed a trumpet player, and someone recommended me, he said, ‘What? No, he’s a doctor.’ But he did know me, because we’d spent all that time talking about sports cars! So Herbie gave me a chance for one week, and that week turned into the rest of my life.”

Indeed, it’s now been more than 50 years since Henderson joined Hancock’s band—which soon became Mwandishi and launched the trumpet player’s career as a jazz grand master. That career has been a remarkable one. From Mwandishi, Henderson joined Art Blakey’s Jazz Messengers (though he never recorded with them), then slid into gigs with the likes of Max Roach, Elvin Jones, and Joe Henderson and records with Pharoah Sanders, Kenny Barron, and Benny Golson. The Hancock band was also Henderson’s entrée into work as a bandleader, which has resulted in years of touring and performing, as well as 25 albums under his own name. “When I look back at the discography that I’ve been on, it amazes me!” he says.

For the first 15 years, Henderson balanced his performing career with a parallel life in San Francisco as a general medical practitioner, not, as is often reported, a psychiatrist. (Henderson did his residency in psychiatry, and only chose it because it afforded him the most time to spend on the bandstand.) We don’t often think of medicine as someone’s side job—especially since it paid enough that Henderson was able to buy that long-awaited Ferrari, the first in a series of them—but music, says Henderson, was “my real love.”

Paring his recorded legacy—which contains nearly 160 entries, all told—down to a dozen albums is an unenviable task. The ones included here represent a messy combination of arbitrary selection, this writer’s personal taste, and the albums for which Henderson offered the most interesting memories and/or insight. The words that follow are his, slightly edited for space and clarity. 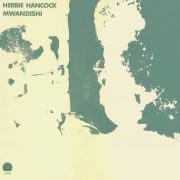 I’d recorded a 45 rpm record with my quintet when I was in my last year of medical school in Washington, D.C., in 1968 [“Georgy Girl” b/w “A Million or More Times,” on Enterprise Records]. But in terms of my first recording with a major name, that was the Mwandishi album.

When I first joined Mwandishi we were still playing his recent, more conventional music—Fat Albert Rotunda, Speak Like a Child. Then right before we made the record, we got a gig doing a 30-second background for an Eastern Airlines commercial. Herbie wrote this theme, this fragment, for the commercial session, but he said, “Let’s do this on the record.” That was “You’ll Know When You Get There,” and because all that was written was just that fragment, the solos were just open-ended improvisation. That was the beginning of the Mwandishi concept, and it was really something new at that particular time. 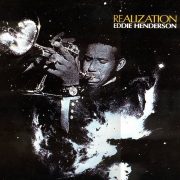 The bulk of the personnel on my first record was the Mwandishi personnel. It was really a loving family unit; they used to call me “the rookie of the year” because I was the lowest on the totem pole. And they were gracious enough to support me and make me sound better than I could actually play!

The big difference is that I was using two drummers at once, Lenny White and Billy Hart. It was something I had been experimenting with back in San Francisco and I had gotten accustomed to having that thunder and lightning supporting me.

Realization sounds like what the Mwandishi group sounded like live. Herbie was with Warner Brothers at that time and they wanted his recordings to have a wider commercial appeal. But I was recording on an independent label—Capricorn Records, the Allman Brothers’ label—and I didn’t have to water anything down. 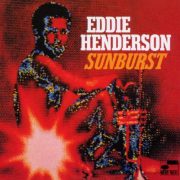 Skip Drinkwater had been my producer on the Capricorn albums, but he wasn’t really attuned to that style and didn’t really know what to say at those sessions. But when we got to Blue Note and Sunburst, he had them buy all this electrical equipment—wah-wah pedal, phase shifter, Echoplex—that I had never used before. I got all this stuff the night before the session, and with beginner’s luck it all synchronized at the record date and sounded good. It was just pure luck.

Also, Skip put me in a different context in terms of players. It was a much funkier rhythm section, with George Duke and Alphonso Johnson. I really learned from that experience because I had to play a different type of language. The more vocabulary you learn, the more eloquently you can articulate through your instrument. 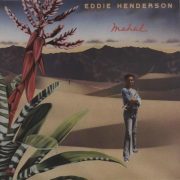 A hit! I had a hit in England with “Prance On,” which was on Mahal. It was an ironic hit. When it came out, it was on a 12-inch single, which was a new thing, and it was a 33 rpm record. The disc jockeys in England made a mistake and played it at 45 rpm. It sounded ridiculous to me—but at 45 speed, it locked right into the disco beat that was so huge at that time.

To this day, I still go to England and young people still come up to me and say, “By Jove, Mistah Hendahson, can you play ‘Prance On’?” It’s like a cult in England. But it’s not in my repertoire anymore, so I tell them, “I’m sorry, we didn’t rehearse ‘Prance On,’ but God bless you for still appreciating it.”

To this day, young people still come up to me in England and say, “By Jove, Mistah Hendahson, can you play ‘Prance On’?” It’s like a cult. 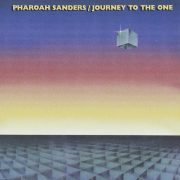 Right before that session, [Sanders] came through San Francisco and asked me to sit in on a gig. I spent the whole week with him, didn’t get paid or anything, and I guess he liked it because he asked his manager—he was very shy—to ask me to be on the record.

It was incredible to be on there with so many high-level people: Idris Muhammad, Ray Drummond, John Hicks, and Pharoah. That’s one of my favorites; the session stands out in my memory as one of the high points in my life. 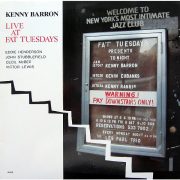 Playing with Kenny Barron was a conscious effort on my part to reinvent myself. From ’80 to ’85 was kind of a stagnant period, and I spent it in my medical practice in San Francisco. When I got back to New York, I realized there was a gap in my understanding of bebop; I’d started right at the top playing free and fusion. So I made a conscious effort to relearn the building blocks and clean up my own house.

Kenny hired me as soon as I got back, and I was with his quintet for six years. I can just see that quintet that week at Fat Tuesdays. John Stubblefield, we would say to each other, “Let’s breathe together.” And we would watch each other, see when the other would breathe, and try to breathe together so when the notes came out it sounded like it was one being.

As the lights dim, a dog wags its tail as it looks up at its master, a tall, clean-cut man whose silhouette fills the doorway … END_OF_DOCUMENT_TOKEN_TO_BE_REPLACED

Depending on how he looks at it, Kenny Garrett’s latest album, Sounds from the Ancestors, has been out for an eternity or an instant. Recorded … END_OF_DOCUMENT_TOKEN_TO_BE_REPLACED