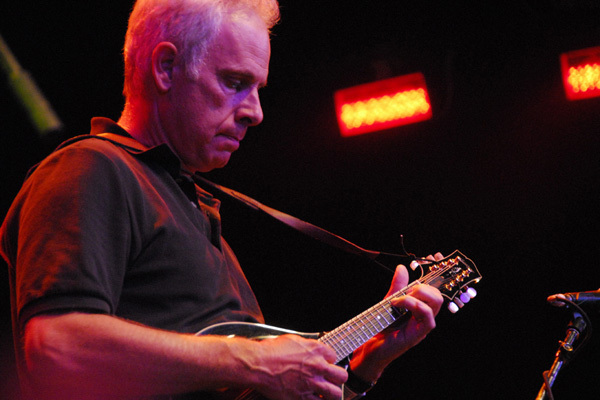 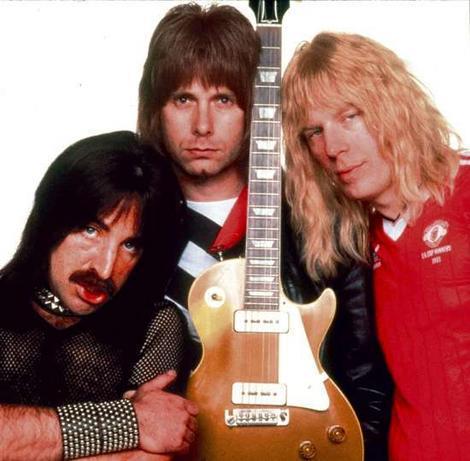 Harry Shearer, Christopher Guest and Michael McKean in This Is Spinal Tap 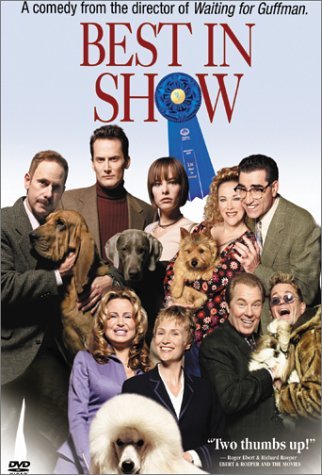 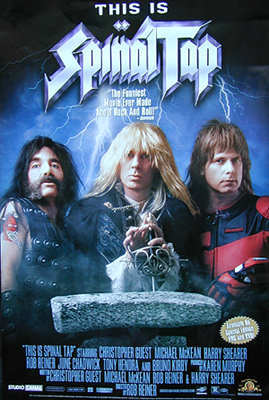 This Is Spinal Tap poster

Writer/director/actor Christopher Guest has appeared in a variety of traditional roles on Broadway, television and film. The performance style he finds most exhilarating though, is the kind of improvised tour de force he displayed as the lead guitarist of the heavy metal band Spinal Tap, featured in the film This Is Spinal Tap. He’s honed this “mock-documentary” style in his films Waiting for Guffman, Best in Show, A Mighty Wind and For Your Consideration, all of which he directed and co-wrote.

Chris and I met at National Public Radio’s studios in Los Angeles in 2003 when he was in the midst of filming A Mighty Wind. What follows is an excerpt from the interview that ran on my Judy Carmichael’s Jazz Inspired radio show.

How do you equate the moviemaking process with jazz?

There are some similarities. I think that in jazz there’s obviously a melody or a song and players are given the chance to take off from the melody. You start out in a certain key. It’s not as if that’s a surprise. People can take off from there. In the films I do, they’re somewhat different because there is no script. There is no dialogue written down. But there is a story, and that’s in some way the analogy to having a tune. Everyone in a scene will know the point of a scene – where the scene has to start or end up – but getting there is up to the individual actors. I guess that’s the connection.

How do you work with your actors? You obviously know what they’re capable of, but do you tweak their characterizations?

First of all, these are people who I know can do this work There are very few actors who can do this in the first place. This is not something you can really learn how to do. You can perhaps learn how to do it better or get better at it. You can’t show up and just do it. I give them a lot of leeway. I have a lot of trust in them because I know what they can do. I write a character for them and I give them the background for their character, where they grew up, the facts associated with the character. But then it really is up to them to go from here. There is no rehearsal. They show up after I’ve talked to them, prior to filming, about these characters. We show up and the camera starts rolling. It’s totally pure in the sense that what you’re seeing being said is being said for the first time.

One of the things that really appeals to me about your films is the commitment of these characters and how honest emotionally it winds up being. They seem to stretch out in an amazing way, like a jazz musician. You can see with certain people, if they really get into a jazz chorus, that you’re as on edge as they are and I feel that way watching your films, frankly.

Well, I think that’s true. They go to places you really can’t imagine prior to writing the story. It does come down once again to picking the people I’m lucky enough to have: Eugene Levy, Catherine O’Hara, Fred Willard, Parker Posey… They have tremendous courage. You need to have courage and not feel restrained in any way. In the same way that you would hope that a musician wouldn’t have any boundaries and that would be the ideal thing. I think the actors really enjoy this process more than some more conventional films, which are a little bit more restrictive.

I’m thinking of Fred Willard in Best in Show. That’s a great chorus. It’s Paul Gonsalves at Newport. He just keeps going and it’s so funny. Do you think that was as big a surprise to him as…

No, you’re in a state of .. Well, I can’t speak for him personally. I only know that when I do that [go off on an improvisational tangent], I couldn’t tell you more than a couple words of what happened.

What jazz did you first listen to?

As a kid I first listened to Charlie Christian and then got deeply interested in listening to the well-known jazz players, like Jim Hall and later Larry Coryell. There was a certain sound that I was interested in. I used to go to the Village Vanguard to listen to Kenny Burrell. I was just obsessed with the sound of that bebop guitar, because it was a very specific tone. But I have a wide variety of interests and there are a lot of other guitarists that are favorites. Ry Cooder is a favorite player of mine.

Well, they probably are if I would think about it, but I don’t. I need to play music and I need to hear music. I need to hear different voices. I don’t mean in a Joan of Arc way. I collect guitars and each one represents a different sound. When you pick up a different guitar, it will make you play a different way. When I do characters in movies, I hear, as a musician, the voice of the character. I am improvising in that voice. I have to like the voice. If I pick up a guitar that I don’t like the sound of, you’re not going to be motivated to play. There are certain instruments you can’t put down. So in that sense there is a connection.

I’m struck by the musical choices, when we talked about what music you might like to play today or your favorites. They’re all very emotional. You said “Giant Steps” which is an uptempo kind of thing but the other ones were romantic, wistful and a bit melancholy.

I think I am melancholy.

Is that the kind of music you put on at home a lot of the time?

No, I think I have a pretty eclectic collection of things. I often wonder, if you go into somebody’s CD carousel in their car… Mine, it goes from Tal Farlow to Ella Fitzgerald to bluegrass and to the Chieftains. It’s just a wild mix of different sounds.

Yes. Though I don’t generally get through six CD because I’m not driving to Argentina. I don’t mean that it’s this cacophony of things. I tend to pick one for the day.

I was asking because I’m a very energetic, uptempo kind of musician and I’ve been playing more ballads lately and I think it’s because I’m actually happier. I noticed in my own life that I don’t think I was ever happy enough to play ballads. It would make me too melancholy. When you say you’re melancholy, are you drawn to that type of music or do you go in the opposite direction to get yourself into a different mood?

I’m also drawn to the idea of a slower tempo, because for a guitar player and it’s true certainly in jazz, it seems that people fall into certain patterns when you play fast. Then everything starts to sound the same. There are obviously people who don’t do that, but it’s harder because you have to think faster. And you tend to rely on tricks that you used to know. To play slow is really hard. It’s really hard to play slow. I guess I base my judgments on someone’s playing on the slow songs on the record, rather than the ones in which they play fast. If you can play slow and get me, then it’s really magical. In slow songs, it tends to be more chordal than it is single notes. Then it starts to meld in with something like the way Bill Evans plays. A great guitar player playing slowly…then the voicings start to be very similar and that’s very intriguing to me…hearing his close voicings which are so magical.

Also the tone. People that allow themselves to play slower are comfortable with the spaces between the note. They’re going to a different emotional place. I think about your films that these are people comfortable going to that place.

It’s definitely slower. I’m intrigued by dialogue with real-time speaking as opposed to conventional films which are cut to a rhythm of the way people talk . It’s not the real rhythm of the way people talk. It’s manipulated. In my films, they go on and on, for quite a long time. That happens to interest me. I guess that maybe has a connection to the slower songs, people who aren’t afraid of that space.

What about John Coltrane?

His sound is so evocative and so different, that, regardless of the speed or the tempo, it is very haunting to me. That becomes a very personal thing, like with a singer. Right from the beginning that really grabbed me. Right from when I was 14 or 15, that was a very powerful sound.

To listen to the entire interview and hear other interviews with notable people inspired by jazz, go to Judy Carmichael’s Jazz Inspired web site.

Depending on how he looks at it, Kenny Garrett’s latest album, Sounds from the Ancestors, has been out for an eternity or an instant. Recorded … END_OF_DOCUMENT_TOKEN_TO_BE_REPLACED

As I delved ever deeper into the 14 albums that document the Larry Goldings/Peter Bernstein/Bill Stewart trio to prepare for our January Zoom conversation, what … END_OF_DOCUMENT_TOKEN_TO_BE_REPLACED

The musical avant-garde is an area where creative people who have earned wisdom through a lifetime of experience can flourish. Wadada Leo Smith, who last … END_OF_DOCUMENT_TOKEN_TO_BE_REPLACED

Wisconsin-born and proud: For all of the avant-everything complexity Ethan Iverson has applied to his solo projects or the sounds he created in his role … END_OF_DOCUMENT_TOKEN_TO_BE_REPLACED