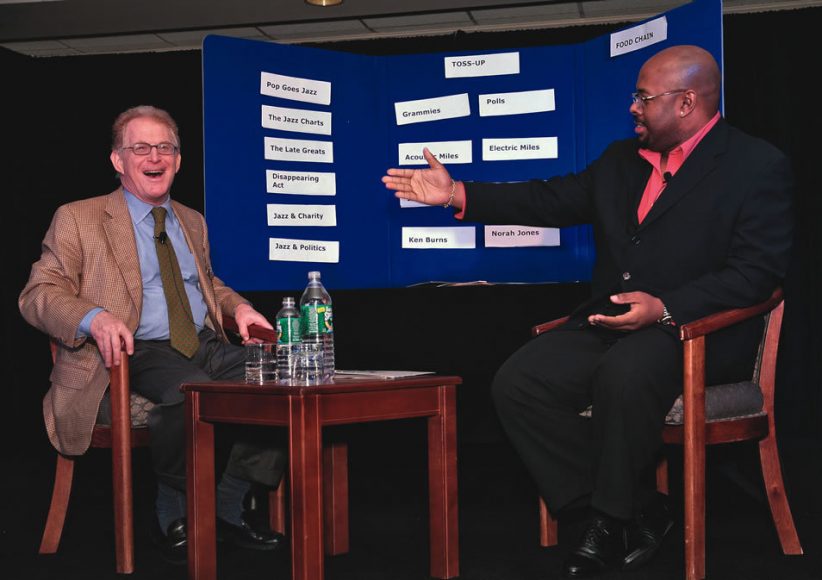 Critic Bob Blumenthal and bassist Christian McBride, right, engage in some friendly sparring during a wide-ranging discussion about jazz. 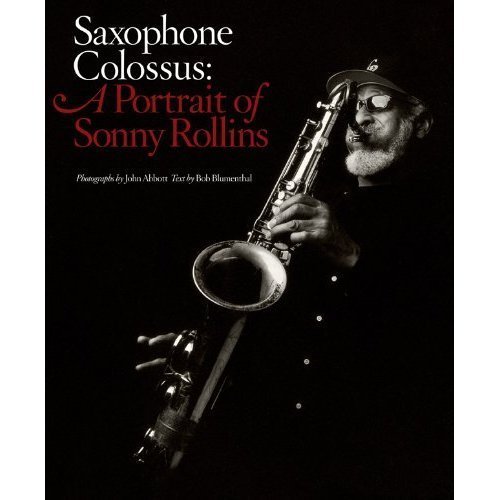 Bob Blumenthal began writing jazz criticism in 1969 while attending college. He was a contributing editor of The Boston Phoenix (1969-89) and a contributor to The Boston Globe (1990-2002), and has also contributed to such publications as The Atlantic Monthly, Rolling Stone, The Village Voice, Down Beat, JazzTimes and Jazziz. Between 2002 and 2009, he served as Creative Consultant for Marsalis Music, the record label founded by saxophonist Branford Marsalis. Blumenthal has also provided radio and television commentary and served as a panelist for several public and private arts organizations. He has written hundreds of album notes and won two Grammy awards for best album notes for collections by John Coltrane and Miles Davis. Blumenthal has been critic-in-residence at Burlington, Vermont’s Discover Jazz Festival for the past ten years, and designed a five-part video jazz history for the Montreal Jazz Festival He contributed essays to Jazz: Photographs of the Masters (Jacques Lowe), Jazz: The First Hundred Years (John Edward Hasse, editor) and The Oxford Companion to Jazz (Bill Kirchner, editor). Blumenthal’s first book, Jazz: An Introduction to the History and Legends Behind America’s Music was published in 2007 and hailed as “the single best compact introduction to jazz currently available” by the Wall Street Journal. He received a Lifetime Achievement Award from the Jazz Journalists Association in 2005. His current book, Saxophone Colossus: A Portrait of Sonny Rollins, in collaboration with photographer John Abbott, has just been published by Abrams.

Blumenthal spoke with JT about the Rollins book and his long career as a jazz critic and author.

Five decades ago, John McLaughlin sensed something monumental was coming in music. “I knew things were going to change,” he said. “All the musicians felt … END_OF_DOCUMENT_TOKEN_TO_BE_REPLACED

Since her early days during the folk revival of the 1960s, Maria Muldaur has been immersed in American roots music of the past—the often quite … END_OF_DOCUMENT_TOKEN_TO_BE_REPLACED

This rare interview with pianist Hans Groiner was recorded on April 8, 2021. JazzTimes: Do you follow the latest trends in jazz? What have you … END_OF_DOCUMENT_TOKEN_TO_BE_REPLACED

The rock world takes a lot of credit for what’s known as the “indie ethos,” or “DIY.” Circumventing the corporate music industry with small labels … END_OF_DOCUMENT_TOKEN_TO_BE_REPLACED