Skip to content
Become a member and get exclusive access to articles, live sessions and more!
Start Your Free Trial
Home > Features > Ben Heppner: From Lanza to Louis 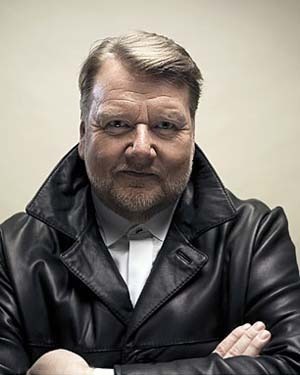 Internationally acclaimed dramatic tenor Ben Heppner is known for tackling challenging roles from Wagner to Verdi. Less well known, is his love for the music of Louis Armstrong, Dave Brubeck and other jazz greats. Ben continually uses jazz to inspire him and even tried to entice me into a Louie and Ella style duet during our interview!

Ben generously agreed to have our conversation on his “vocal rest” day during his run as Otello at the Metropolitan Opera in NYC in 2007 in an interview for my Judy Carmichael’s Jazz Inspired radio show.

Ben Heppner: Our house was filled with music, as we were sort of amateur musicians, all. Never thought about going into music at all but my mother, in particular, had a real musical bent. She sang; she played piano by ear. So we listened a lot to parlor songs and anything with Mario Lanza.

My CD, My Secret Heart was really based, not so much on the music we listened to but, more on the lifespan of my mother, from her birth to my birth. There’s “Roses of Picardy.” It was probably the earliest pieces, you know, parlor songs. And then the latest is “Be My Love”-1956, close to New Orleans, Mario Lanza-so I had to put it on.

There’s a little funny story that goes with that. In ’91, I was working in Geneva in September, and I got the call from the Metropolitan Opera asking if I would come and sing a Mozart Opera there. It was very exciting, and I was going to be doing that in December. I phoned Mom-she was in Edmonton, I was in Geneva, Switzerland-and she’s relatively deaf. The routine she uses to cover herself, is to take the topic and basically talk from that moment on. So I said to her “Mom, I have some exciting news. I’m going to be making my debut at the Metropolitan Opera.” She hears “opera”, and she says, “Oh, and I just heard the Enrico Caruso story with Mario Lanza.” I said, “HELLO MOM, I’m making MY debut at the Metropolitan Opera.” And she said, “Oh, and that Mario Lanza, you know, he really can sing. A favorite of mine.” So I had to put it on for mom.

Judy Carmichael: The piece that I really, personally connected with is “The World is Waiting for the Sunrise,” because I’ve heard this done by Benny Goodman and I’ve heard banjo bands do it. When I was in California, it was the tune that everyone played up tempo, and you break my heart with this tune. It’s so beautiful. It’s just lovely.

Well, you have to understand, it’s a Canadian sunrise. Therefore, it is the most beautiful.

Oh, so that’s where the emotion comes from.

Well, we always want to know about the motivation that goes into these things.

Well, there’s a thing that we have in Canada, we refer to it as CanCon, Canadian Content. So that one makes it a little bit higher, because not only is the composer a Canadian but the performer is too. Therefore it rates a little higher, and the points for the radio stations numbers as they keep them.

Five decades ago, John McLaughlin sensed something monumental was coming in music. “I knew things were going to change,” he said. “All the musicians felt … END_OF_DOCUMENT_TOKEN_TO_BE_REPLACED

Since her early days during the folk revival of the 1960s, Maria Muldaur has been immersed in American roots music of the past—the often quite … END_OF_DOCUMENT_TOKEN_TO_BE_REPLACED

This rare interview with pianist Hans Groiner was recorded on April 8, 2021. JazzTimes: Do you follow the latest trends in jazz? What have you … END_OF_DOCUMENT_TOKEN_TO_BE_REPLACED

The rock world takes a lot of credit for what’s known as the “indie ethos,” or “DIY.” Circumventing the corporate music industry with small labels … END_OF_DOCUMENT_TOKEN_TO_BE_REPLACED