Skip to content
Become a member and get exclusive access to articles, live sessions and more!
Start Your Free Trial
Home > Features > A Jazz Conversation with Dr. Bill Cosby 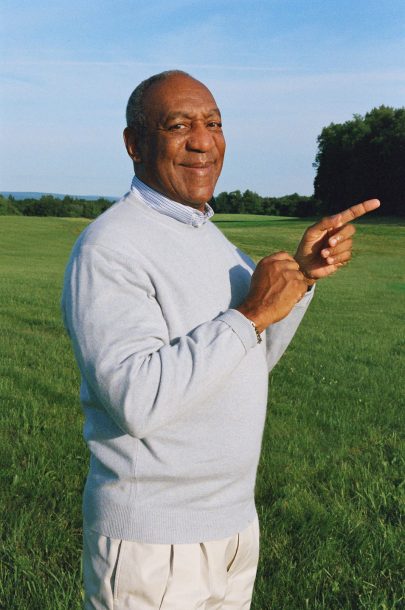 Gigi Brooks: Dr. Cosby, welcome to GG’ Jazz Greats and Legends it is such a pleasure to have you on the show Sir!

Listen you know what I heard?

Um, I have the T.V. and so I go to something on the T.V., because where we live in Massachusetts we just pull up, ah we can only get the college station UMAS Amherst. So when that’s off and I’m upstairs in the bedroom, I turn on the T.V. and punch 850 and they’ve got progressive jazz.

Now, the guy that I think an awful lot of your people, if you haven’t steamed them on the greens….

It’s that young man, the guitar player who sings…what’s his name? The handsome one?

No, no, no, the one with the mustache…da da doo boop..

That would be George Benson!

That’s the one, that handsome George Benson. I think, for instance, this fellow is like Nat King Cole…

…because, when people talk about Nat King Cole, and there are very few left, historians, who will actually say, “You know Nat King Cole could play.”

Art Tatum said it. He can play.

Ok. But then that magic of his voice- and his personality took over and when he went over to Capitol or whatever with Mercer, I think Johnny Mercer took him over there. So Nat started singing and they were writing things for him. And to this day, just in the older circles, because the volume is getting lower and lower, that Nat King Cole built Capitol Records.

…Ok, Mr. that handsome guitar player, I see the same likeness,- that George Benson singing, coming out, and the difficulty of the people, the listening audience would be perfect, but the going to see him some place; it would be almost esoteric…

…To say ok George, you can sing one or two songs, but I want you to play “From This Moment On”..[sings] boo dede dede..dede..de and then take your solo. George would tear up that guitar, there’s no similarity whatsoever to the Montgomery fellow or any Jim Hall or anybody. And I think the world…the world built on… then spinning on people who love this music. George needs to be given a place as a player, because he tears that…and I’m just sorry that people, if we could just ask them; those who just want you know “On Broadway” and “Moody’s Mood For Love” and whatever his other hits for singing, which I do not put down! But, that similarity to Nat King Cole that somewhere… if he wanted to…. Jazz at Lincoln Center…that George would come and have a trio or a quartet…

Oh, I think that would be wonderful!

I’m tellin’ you there’s some people left. There are some audiences left. And you know we lost Moody.

You know there are people like Paquito D’ Rivera left, not that he’s so old, but he’s still within that time to play European classics along with the jazz classics. And I just don’t want our youthful guitar players, who just hear Wes Montgomery, to think you know, that George Benson sang, “the neon lights are bright”, you know. Man he would put so many of those guys in the position where they could say, “uh, oh.” And it’s the same thing with singing. Etta James…

Put Etta James on and let her sing, I love something or something about being a blind man, you know all the drinking songs?

But you go to Cole Porter, Etta James, with tenor saxophone, drums, bass, piano and let her sing “Night and Day.”

Which by the way I think is just a wonderful song… (sings) “night and day you are the one, only you beneath the moon and under the sun”. I mean there’s some rhyming going on that Mr. Porter is doing and she is eating this song up! You can feel it. And then I started laughing Gigi, because I’m married 47 years so I’m listening to this song….I want to play this for Camille to show her how much I really love her; and then as I’m playing it before I play it for her, I started laughing, because here’s a song that talks about I think of you night and day. (sings)” Night and day…the yearning burning inside of me and this romance won’t be true unless I spend of my life making love to you…night and day”…… and I’m thinking well now wait a minute, 47 years, I’m 73 years old, I might be making some promises here with this song…..

Yes they do. They really don’t know what they’re missing.

I’m talkin’ about her soul, and her spirit.

Yes! Please, take that on.

Yes, yes sir I will.

Well the whole point of what I’m doing, Dr. Cosby, is to keep this music alive, to keep it in the forefront, to talk about the education of it, the history of it. I am totally dedicated to the work that these great musicians have done, and I am all for the preservation of it.

And still pay the rent.

Because the rent is very difficult…see the music itself, I have this cartoon, that I have not drawn, but it is a cartoon and I see it and its very, very dark, its black and white. It’s just a drawing. And there’s a tombstone and it looks like the end of the world. And on the tombstone it says “Jazz.”

We can’t let that happen.

No, no, no, the world is gone, it’s all over; it’s the end of the world and the tombstone says “Jazz…It broke even”. Because we have the downs and the ups, and I’ll be doing the Playboy Jazz Festival for the 33rd year.

Yes, I was going to talk to you about that.

Well good! It’s… my band. I’m opening with my band; we play Saturday.

Which is Cos of Good Music?

You know what? She is my daughter’s favorite.

Really? Your daughter’s too hip for the road!

Yeah! And so I don’t if we’re going to open with…cause’ I’m playing drums along with Ndugu.

Please! Who is professing out at one of the California schools; and I want to open with “One up, One Down”. Coltrane. Now whatcha’ gonna’ do with that?! “One Up, One Down”. One, two, one, two, three, three, four…Bam, chikading, chiga, chiga …that’s it! We’re gone! We arenot fooling around! Then we follow that with Curtis Fuller, the Egyptian. And we’re going to tear the room up with the Egyptian. And then I forget what else is on my list, but we rehearse at ten o’clock in the morning, two hours and everybody breaks and I don’t have to see them until three again; and it is fantastic!

I would love to be there for that. I’ve heard about it Dr. Cosby.

Well just let me tell you what happens, there’s nothing like this Playboy Jazz Festival, because they have the revolving stage. So while your band is playing, Gigi Trio, and you’re playing and singing to 18,000 people… when your time is up and you do know it ’cause we have the clock, I announce to have a big hand for you, as it spins around now the next band is already set up and they’re playing as you come off! And it’s like that all-the-time! There’s no waiting! No waiting! And these guys on that soundboard are absolute monsters! I’ve seen them Gigi, go from the days where there was Dizzy, where there was The Modern Jazz Quartet. Acoustical groups; one acoustical band after the other until….[mimics the song “Birdland” and the Weather Report [mimics the song “Birdland” again] and then the speakers the size of Greyhound buses! You know and the whole Bowl was shaking and vibrating and those guys had to balance those things so there wouldn’t be all that screeching chalk on the blackboard feedback.

Man, I used to see these guys and that’s when they were working so hard. And of course, every performer came with his own sound person and the loudness of it and just on and on and on….until one day I saw Joe Zawinul and Joe had a trio; he had speakers I’m telling you it looked like a Cathedral. Only Joe knew what he wanted to hear. And that too was so wonderful, you know, a guy from Austria could come in. People don’t realize that our music is so very much appreciated across both Pacific and Atlantic. I mean to the point where I’m in the South of France, Camille and I are vacationing. She had a piece of ground of her tooth, went to the dentist office, white Frenchman…and Bud Powell is playing over the loud speaker! I’m not just talking about just jazz, I’m talking about Bud Powell!

To hear a podcast of the rest of this interview or to hear podcasts of more interviews in this series, go to the WUCF website

Depending on how he looks at it, Kenny Garrett’s latest album, Sounds from the Ancestors, has been out for an eternity or an instant. Recorded … END_OF_DOCUMENT_TOKEN_TO_BE_REPLACED

As I delved ever deeper into the 14 albums that document the Larry Goldings/Peter Bernstein/Bill Stewart trio to prepare for our January Zoom conversation, what … END_OF_DOCUMENT_TOKEN_TO_BE_REPLACED

The musical avant-garde is an area where creative people who have earned wisdom through a lifetime of experience can flourish. Wadada Leo Smith, who last … END_OF_DOCUMENT_TOKEN_TO_BE_REPLACED

Wisconsin-born and proud: For all of the avant-everything complexity Ethan Iverson has applied to his solo projects or the sounds he created in his role … END_OF_DOCUMENT_TOKEN_TO_BE_REPLACED