Skip to content
Become a member and get exclusive access to articles, live sessions and more!
Start Your Free Trial
Home > Features > A Conversation with the Wayne Shorter Quartet 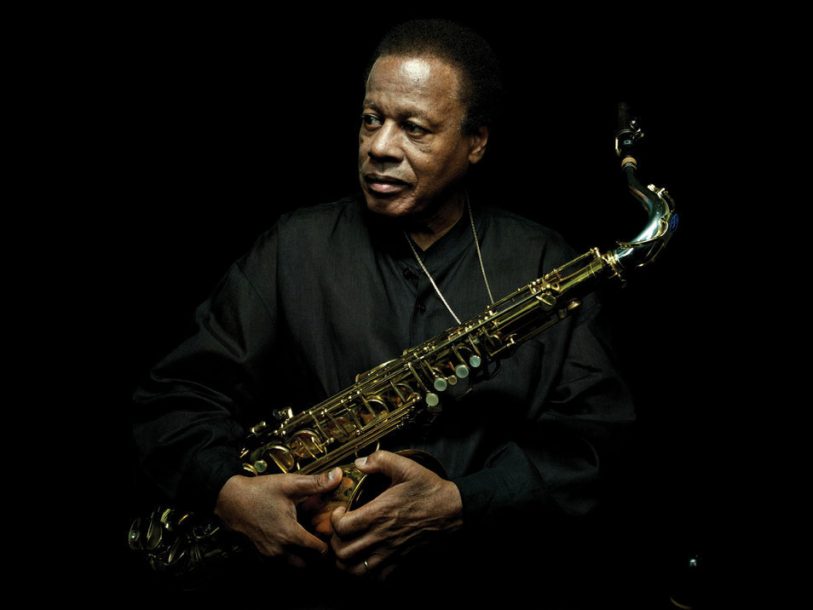 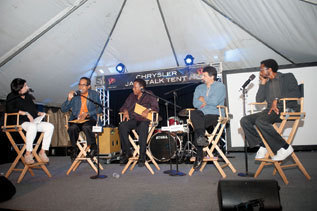 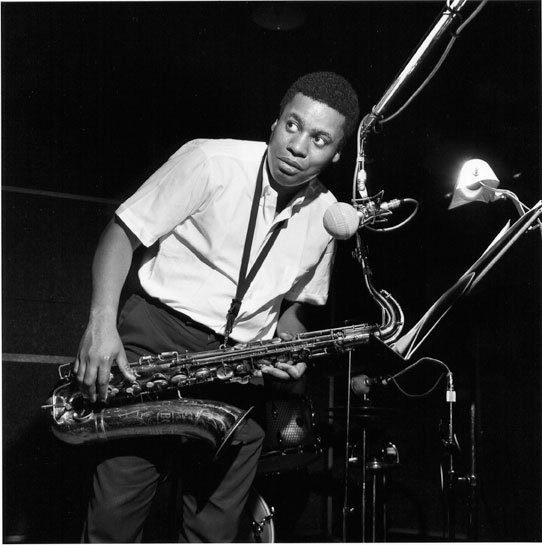 Over the past dozen years, saxophonist and composer Wayne Shorter’s quartet featuring pianist Danilo Pérez, bassist John Patitucci and drummer Brian Blade has become a paragon of jazz’s exploratory spirit. The band’s must-experience concerts, with their seamless programs and apparent sense of collective intuition, boast the sort of peaks and valleys that only genuine creative risk taking can generate. Without a Net, Shorter’s first effort for the Blue Note label in over four decades, gathers inspired moments from the group’s 2011 European tour and contains six previously unrecorded Shorter originals.

This conversation was recorded in front of a live audience last September, during a JazzTimes-sponsored panel session at the 2012 Detroit Jazz Festival. It brings together all four quartet members and the acclaimed pianist Renee Rosnes, who played in Shorter’s band in 1988.

RENEE ROSNES: The quartet has been together for 11 years, which is quite an accomplishment. How did the band come together?

WAYNE SHORTER: Basically in telephone conversations and just observation. I met Danilo in Washington, D.C. I knew John for quite a time. He was playing with other groups. And I heard about Brian Blade. Someone said, “Watch out for that guy named Blade, man.” The magic came after the meeting.

RR: I hear freedom in what this group does, a willingness to go in any direction and explore. Do you think that mindset was there the first time you played together?

JOHN PATITUCCI: I think the influence that Wayne had on all of us, way before we ever met, was strong. The seeds of it were certainly there, but I think, just like anything else, individuals are not as important as their community.

DANILO PÉREZ: [It was like I] got enrolled in this galactic master’s program. I see now, when I look back in my life, that it didn’t only help me with music but actually made a huge change in my life as a human being.

WS:[Charlie Parker was asked,] “Why did you guys play bebop? What are you trying to do with that? Modern jazz, progressive music and all that.” His answer was he didn’t play this music to show off his virtuosity. He’s playing this new music, bebop-which is going to be something else later on-to be human. To be human, coupled with kind of a social movement without protesting in the streets.

I just heard somebody today, an entrepreneurial businessman, saying, “Small businesses”-and he’s speaking for a lot of people-“do business not for business, but because we want to change the world.” That’s the first time I ever heard that from a businessman. So that [term] “creative business” must be in there. To think creatively means that you’re thinking about not just the money but about the human factor. Human beings have to evolve just as fast as technology. The incentive to do things seems to be money, power and fame and all that stuff. I think there’s an untapped incentive that now we’re embarking on: We’re gonna step on this galactic spaceship, which is going to take us places and teach us new incentives. It’s called the incentive of the heart.

RR: I heard once that Louis Armstrong said, “What we play is life.” I hear a range of emotions in your music; I hear a lot of humanity in the music that you make together. I don’t hear a lot of ego. But the question is, would you agree with what Louis said?

BRIAN BLADE: I would totally agree with that. [With Wayne,] we submit to each other in this way that can build a community. You have to look to your neighbor; you have to look around you. These men are all about that. When I look across the stage, there’s a heightened sense of submission to that moment and to the potential to see that collective effort rise above your imagination. So I think that hopefully we all want that from life.

We have such love and reverence for Wayne, just for who he is. You look at the writing, his creative gift. For me it’s just perfect. We can just play [the written music] from measure zero to one hundred, but he doesn’t want that! He’s like, “Let’s just get away.” It’s interesting that he trusts us that much to say, “Let’s create something together, right now, with no script. Take a chance.”

JP: Also, the beauty of not being afraid to be childlike and be totally vulnerable, to take all kinds of chances. I think for me, and for all of us, that was so freeing-to be working with somebody who wrote such genius music who wasn’t captive to what he wrote. He had a light touch on it; it didn’t hold him hostage. So when we played, he was talking about “Let’s get back to the place, but let’s play like we don’t even know how to. Let’s be that bold.”

JP: Yeah, like a child. Like we’re discovering for the first time that sense of wonder. Whenever I would come home [from a tour with Wayne]-and this was early on, I’ve known Wayne since 1986-I would hear the melodies from his tunes that we had played. They would stay in my head for days and days and days. And it was that kind of thing, like when you first hear music when you’re really young and you get excited about it. It’s reclaiming that.

RR: That element is also reflected in the kind of upheaval of the traditional roles of the rhythm section. Because what I hear is not the traditional approach: You’re not just walking; you’re not just riding on the cymbal. Everybody’s like a jigsaw puzzle and you’re putting the music together piece by piece. And am I correct in assuming there’s no set list?

WS: No, there’s no set list we go by. We joke about, you know, let’s run over the music, but this is what that [phrase] means to me: We throw the music on the floor and we run over it!

I went to a wedding recently. The mother of the bride said that when the bride was 3 years old she went in her room one day and saw her daughter there with a gift she had just received. And she opened the gift and then wrapped it again and then took the paper off and wrapped it again. And the mother asked, “Why are you doing that?” And the daughter said she wanted to see what it feels like to receive this gift for the first time, each time.

Depending on how he looks at it, Kenny Garrett’s latest album, Sounds from the Ancestors, has been out for an eternity or an instant. Recorded … END_OF_DOCUMENT_TOKEN_TO_BE_REPLACED

As I delved ever deeper into the 14 albums that document the Larry Goldings/Peter Bernstein/Bill Stewart trio to prepare for our January Zoom conversation, what … END_OF_DOCUMENT_TOKEN_TO_BE_REPLACED

The musical avant-garde is an area where creative people who have earned wisdom through a lifetime of experience can flourish. Wadada Leo Smith, who last … END_OF_DOCUMENT_TOKEN_TO_BE_REPLACED

Wisconsin-born and proud: For all of the avant-everything complexity Ethan Iverson has applied to his solo projects or the sounds he created in his role … END_OF_DOCUMENT_TOKEN_TO_BE_REPLACED