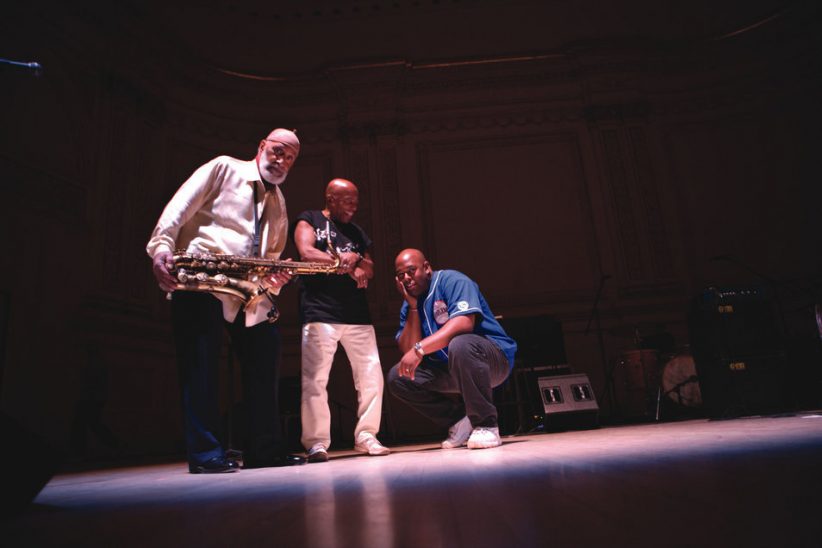 Christian dropped to the floor and said, "I'm doing a hip-hop pose." Sonny and Roy loved it. 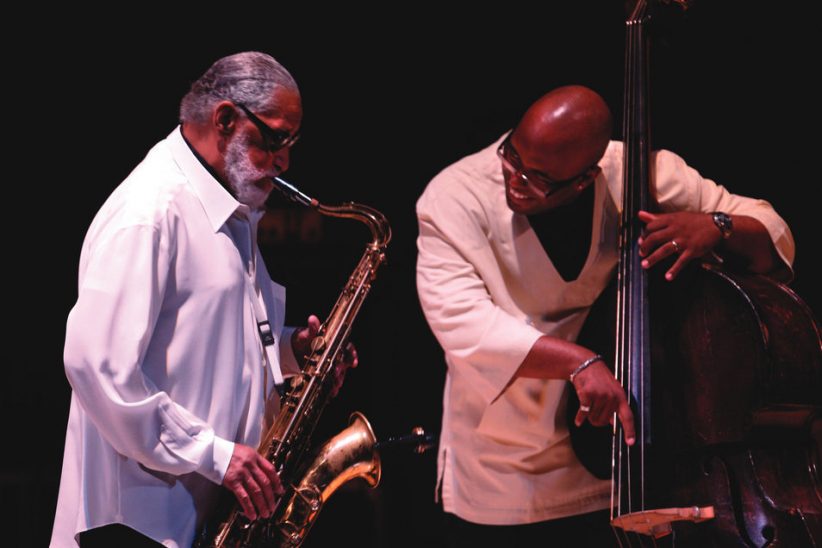 Sonny and Christian during the concert performance of "Sonnymoon for Two" 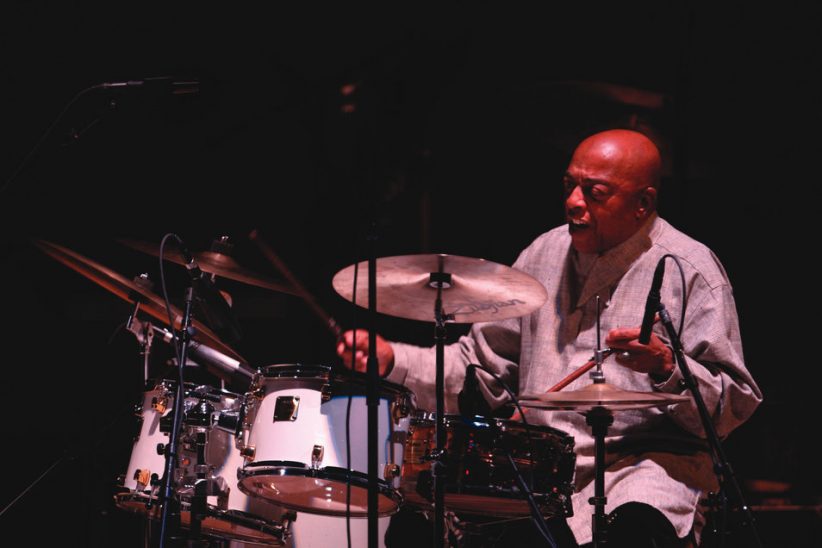 On the day of the concert, Roy was euphoric. He was clapping his hands and tap dancing in the green room. Come showtime, he delivered a sublime performance. 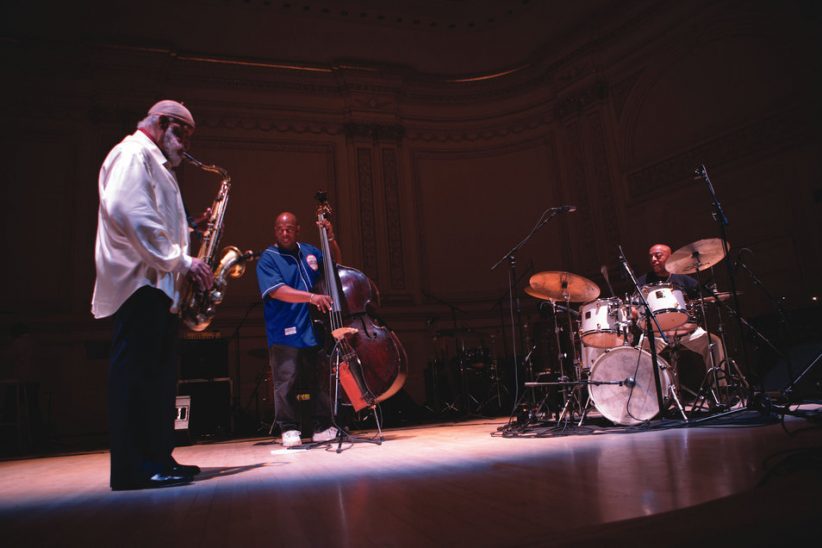 This was the sound check of a lifetime, and I was thrilled to be there. 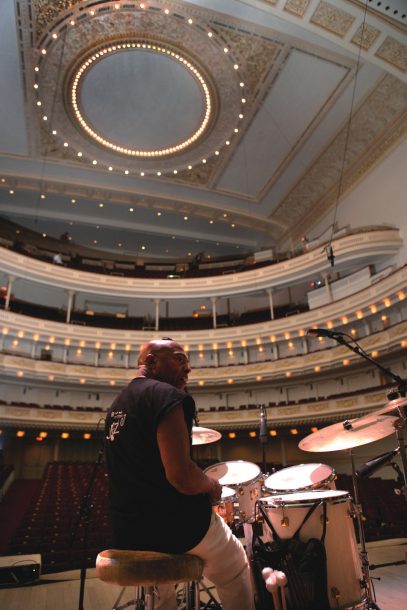 Since Carnegie Hall's management wouldn't allow me onstage, I handed my camera to Roy's son, Craig. I asked him to shoot a vertical from below, showing the ceiling above. Sometimes you have to be an art director. 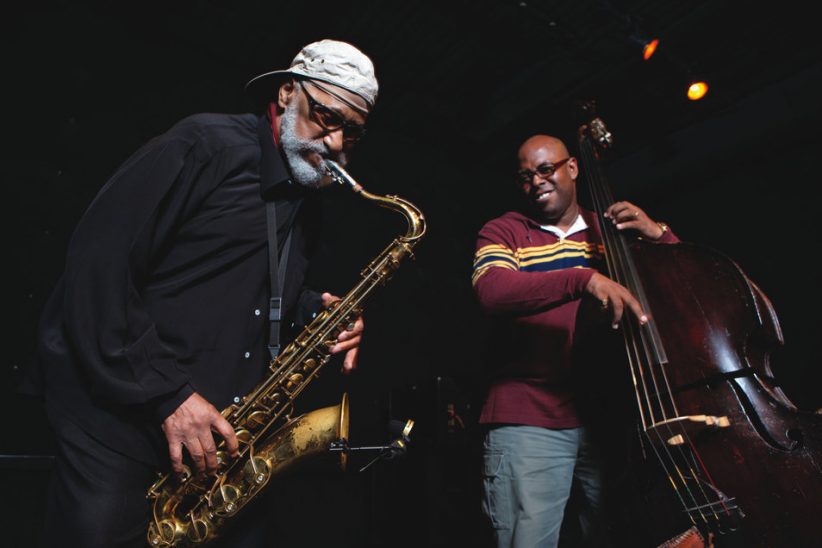 I witnessed a 20-minute musical conversation between Sonny and Christian during a rehearsal three days before the concert. 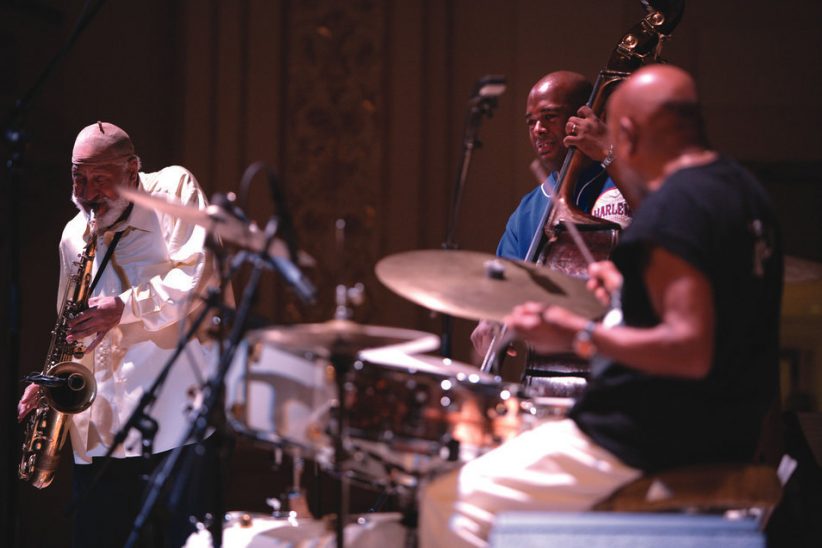 Running through "Mack the Knife" 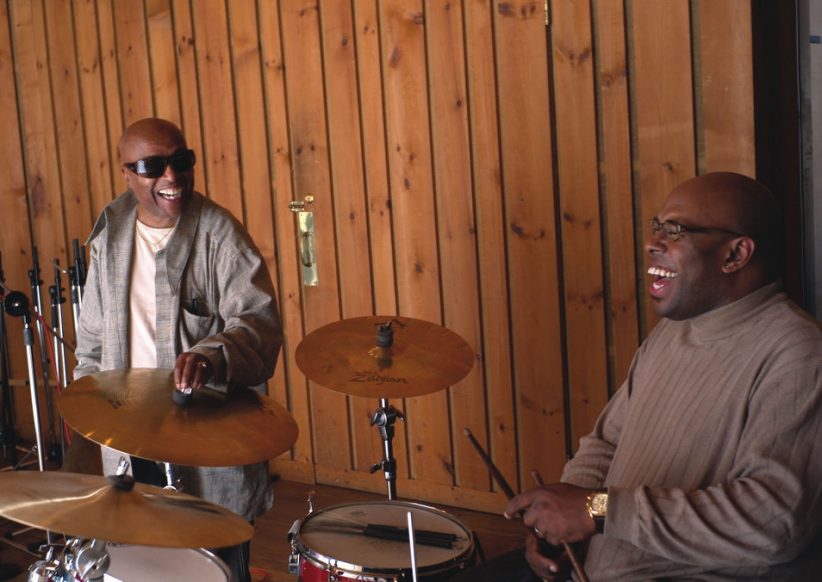 "Bright Moments," said Christian, when Roy asked him how a particular cymbal sounded. 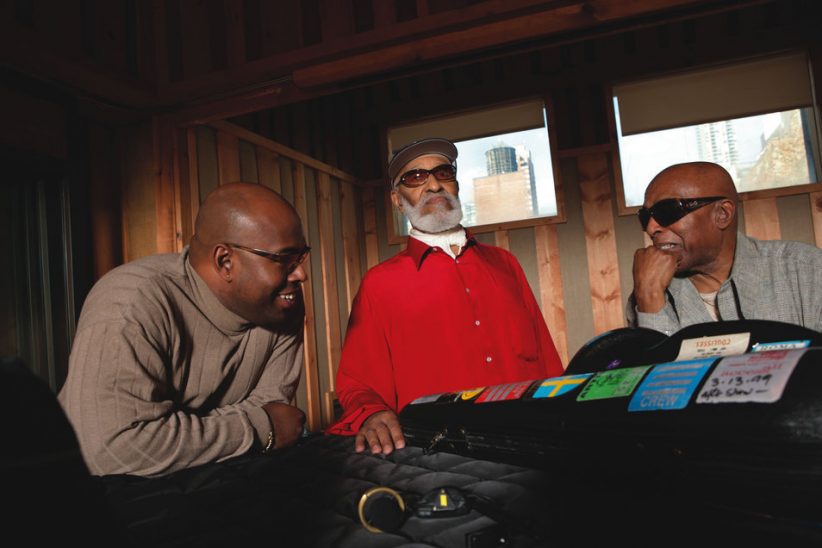 After jamming together for the first time as a trio, the three musicians swapped stories about songs, composers and old friends. 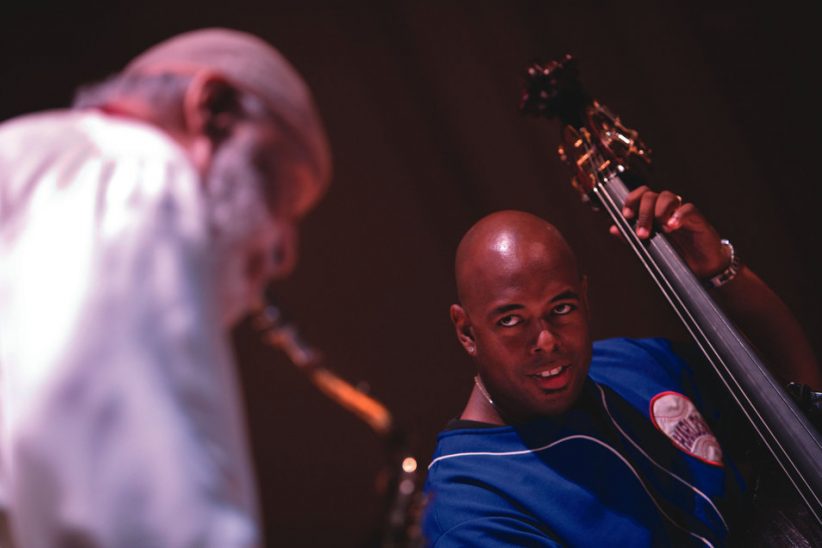 Every jazz musician looks up to Sonny Rollins, including the brilliant young bassist, Christian McBride. 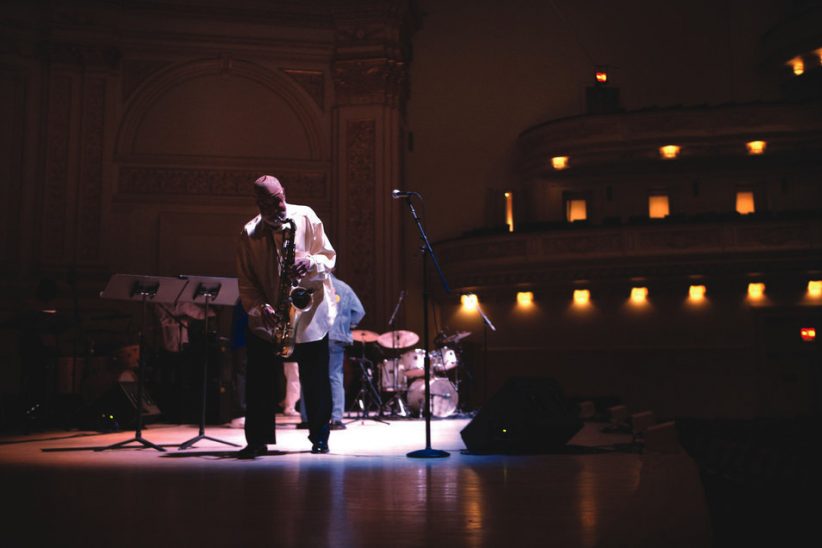 Sonny listens to the sound of his tenor in an empty Carnegie Hall.

On Nov. 29, 1957, a 27-year-old tenor saxophonist from Harlem made his Carnegie Hall debut in a program featuring Billie Holiday, Ray Charles and the Thelonious Monk Quartet featuring John Coltrane. The saxist, Sonny Rollins, brought with him a recent invention for the date: a groundbreaking piano-less trio featuring bassist Wendell Marshall and drummer Kenny Dennis.

To commemorate that historic night, Rollins returned to hallowed ground at 57th Street & 7th Avenue on Sept. 18 with a new strolling trio including bass phenom Christian McBride and Rollins’ bop-era peer, the drummer Roy Haynes. The set list-“Moritat,” “Sonnymoon for Two” and “Some Enchanted Evening”-remained unchanged, as did the boundless interplay of a group that didn’t have to answer to chordal harmony. In the program’s second half, Rollins was accompanied by his regular working band.

JazzTimes photographer John Abbott had exclusive access to shoot the trio performance, as well as the three days of rehearsals and backstage banter that led up to it.

Herbie Hancock may be 82 years old, but that doesn’t seem to be slowing him down. The latest case in point: his headlining set at … END_OF_DOCUMENT_TOKEN_TO_BE_REPLACED

From April 29 to May 8, New Orleans’ Fair Grounds Race Course opened its gates to one of the world’s most famous music festivals for the … END_OF_DOCUMENT_TOKEN_TO_BE_REPLACED

A triple bill at Harlem’s Audubon Ballroom featuring Art Blakey, Thelonious Monk, and Macbeth the Great with his Creole Rhythm Boys. The only movie that … END_OF_DOCUMENT_TOKEN_TO_BE_REPLACED

From October 21 to 23, the BRIC JazzFest made a welcome return to its live in-person home at BRIC House on Fulton Street in Brooklyn, … END_OF_DOCUMENT_TOKEN_TO_BE_REPLACED