Skip to content
Become a member and get exclusive access to articles, live sessions and more!
Start Your Free Trial
Home > Features > SFJAZZ Center Is Open for Business 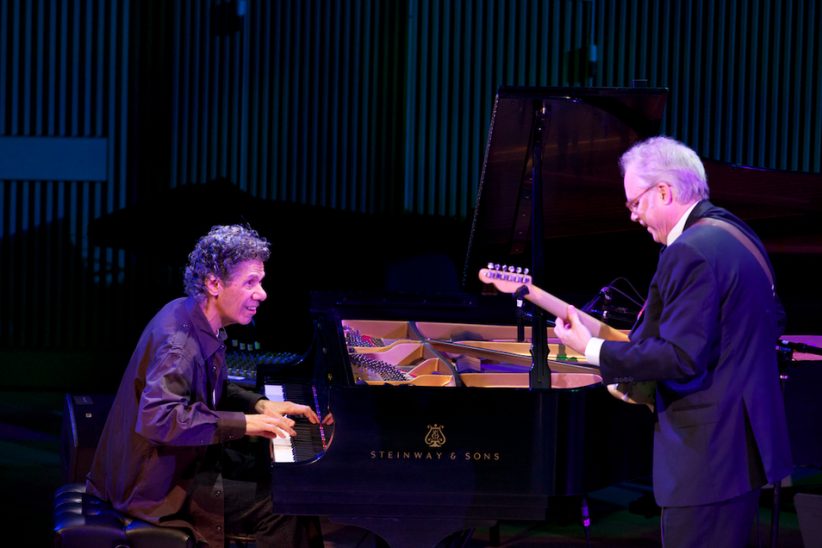 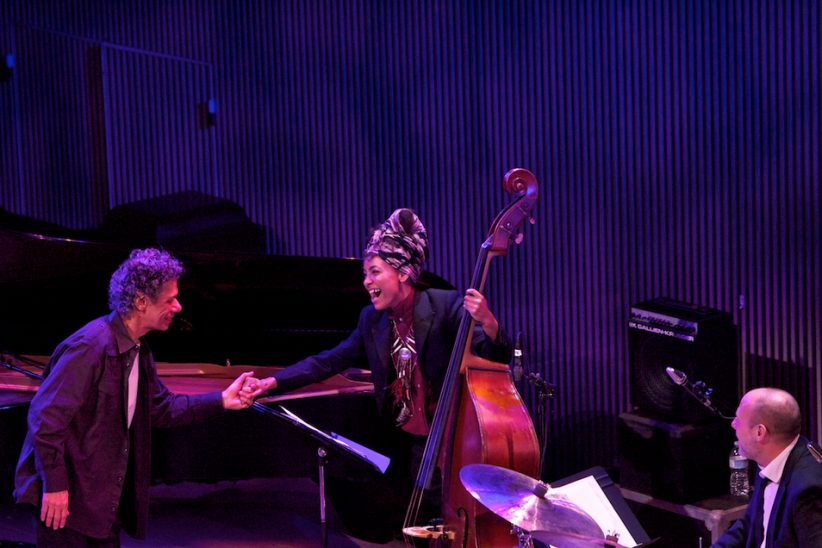 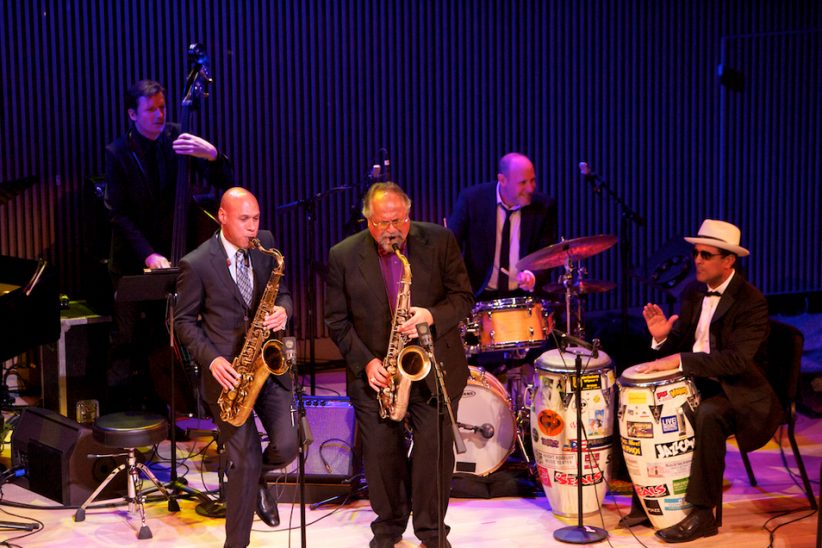 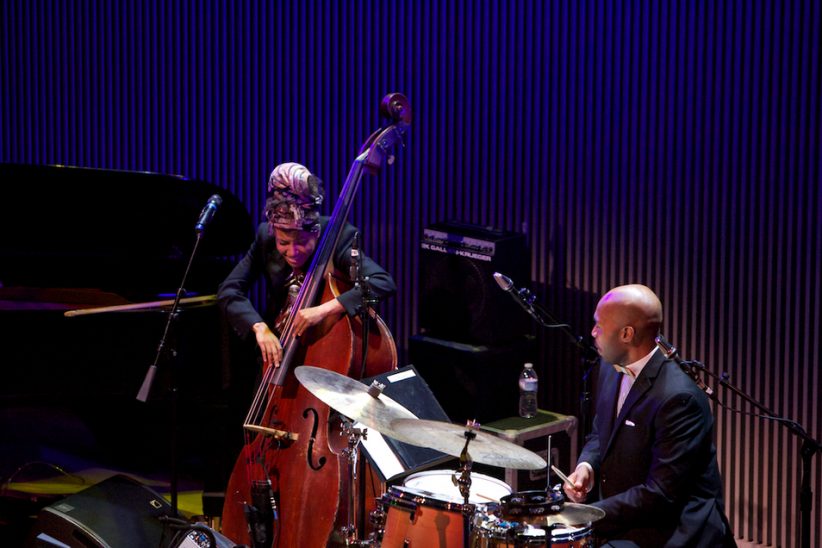 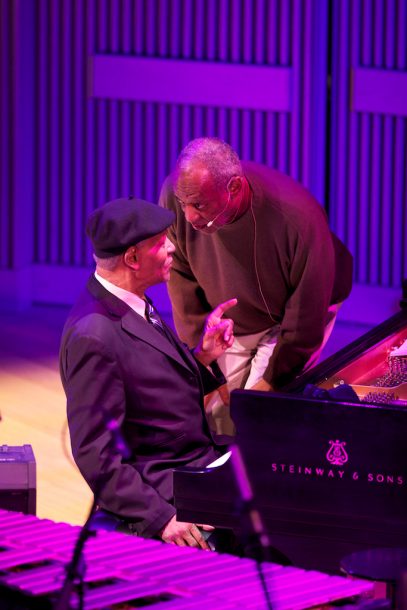 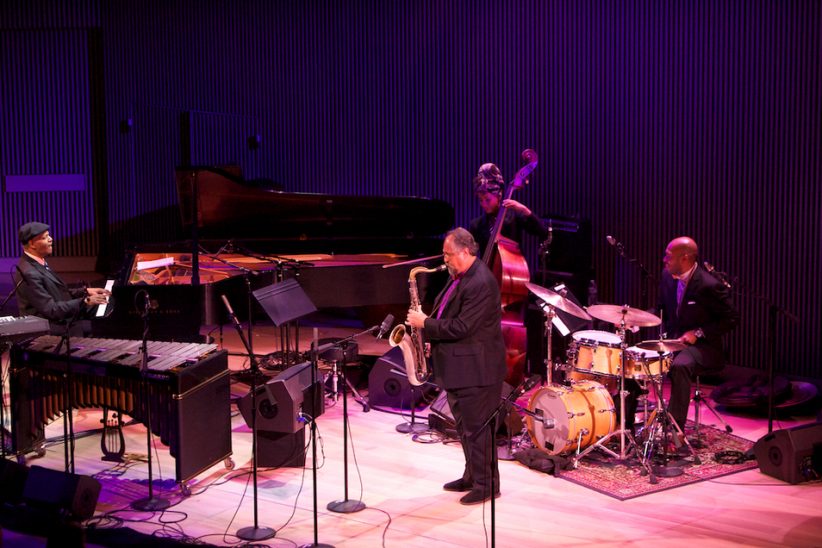 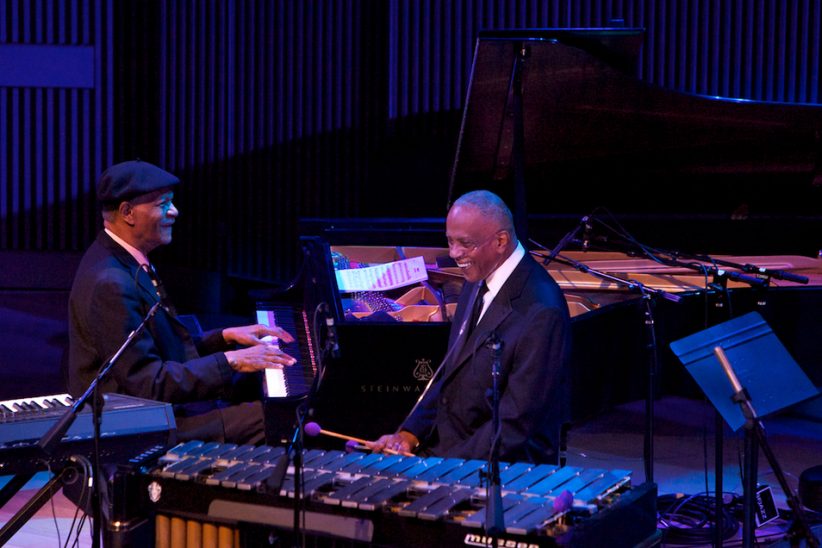 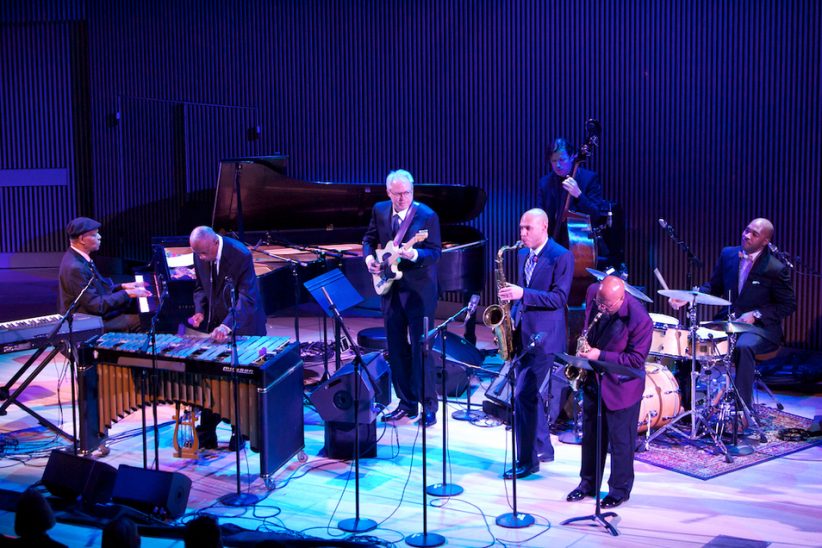 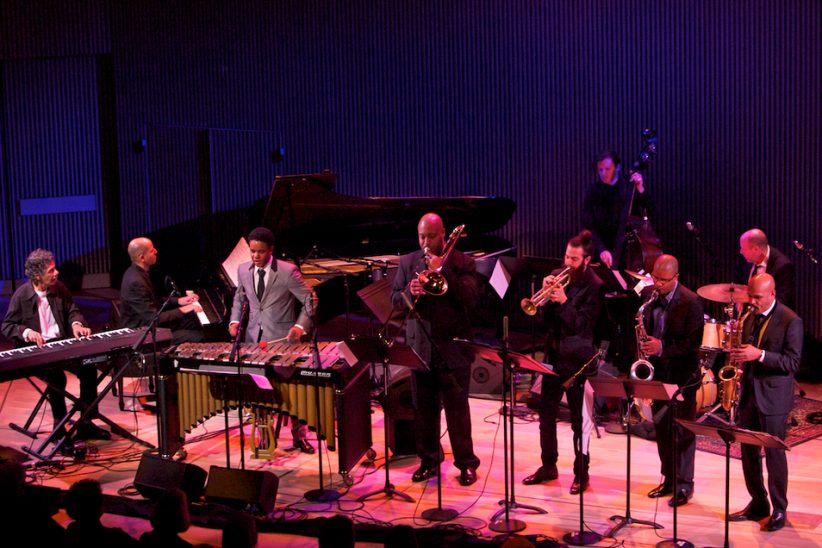 The money seems to have been well spent. The building is breathtaking, a human-scale glass box that sweeps you in off the sidewalk. Inside, there are interesting design elements everywhere you look, often referencing the city’s rich jazz history. Most importantly, the 700- seat Robert N. Miner Auditorium’s sound was clean and clear with every note audible no matter the size of the ensemble.

SFJAZZ’s race against the clock to finish the center wasn’t a complete triumph. The lab space that will also serve as an 80-seat venue didn’t make the deadline, and some artist residencies scheduled for the coming weeks have been postponed. But everything necessary for a four-night run of all-star productions seemed to be in place, and Wednesday’s show couldn’t have gone any more smoothly.

Presenting a generous array of music with characteristic efficiency, the opening night program put a premium on intimate interactions rather than stuffing the stage with big-name artists for JATP-style fireworks. In something of a christening, an Afro-Cuban percussion procession led by John Santos, one of the SFJAZZ Center’s five Resident Artistic Directors, wended its way through the theater, setting the stage for the opener, a beautifully modulated percussion quintet rendition of Tito Puente’s “Ti Mon Bo.”

SFJAZZ’s founder and executive artistic director Randall Kline received a standing ovation from the full house when he took the stage. Not known as a softie, he teared up welcoming the audience, more than a dozen of whom made six-figure contributions to the building fund. The great San Francisco singer Mary Stallings, an SFJAZZ mainstay dating back to the mid-1980s, when the organization was known as Jazz in the City, offered a different kind of benediction with a gracefully swinging run through “I Love Being Here with You” accompanied by Eric Reed and the SFJAZZ High School All-Stars. Jazz’s future seemed in good hands after some impressive flute work by Elena Pinderhughes and a pungent solo by an improbably bearded trumpeter (I thought he must have been shaving in kindergarten to have a thicket like that only to realize later the horn player was Avishai Cohen sitting in with the kids).

The evening’s most exciting encounters were often stripped down. Jason Moran and Eric Harland deconstructed Fats Waller’s “Yacht Club Swing” phrase by phrase. The former Greg Osby bandmates left no doubt they could keep creative sparks flying through an entire duo set given the chance. Less successful was Chick Corea and Bill Frisell’s first bandstand encounter, a wary, elusive dialogue on “It Could Happen to You” that never really coalesced.

Corea, Esperanza Spalding and Jeff Ballard took “Alice in Wonderland” down the rabbit hole, a dizzying reimagining of a tune that Corea said could only be played with Bill Evans in mind. The first set’s high point paired Lovano with Joshua Redman on Lovano’s “Blackwell’s Message,” a missive delivered with soul and passion and roof-raising propulsion by bassist Matt Penman, John Santos and Ballard.

As emcee, Bill Cosby added a surreal edge to the proceedings, razzing artists before and after performances with aggressive questions, mocking commentary, misinformation and Non sequiturs. He did get off one particularly funny, self-referential line, describing Redman and Lovano as “the next edition of I Spy.”

The second set featured larger ensembles, starting with the latest incarnation of the SFJAZZ Collective, the eight-piece band charged with exploring classic jazz repertory and producing new material. The Collective opened with Miguel Zenón’s “Mastermind,” a beautifully episodic tune balancing precisely choreographed passages with loose and limber segues. For the set’s closer, Ed Simon’s arrangement of Chick Corea’s standard “Spain” offered a preview of the group’s coming tour focusing on Corea’s music. With the composer sitting in on keyboards playing an Andalusian intro, the tune once again proved a sturdy vehicle for expanded orchestration.

While Spalding was billed in a solo slot, she brought Harland out with her and the duo provided one of the evening’s most rousing spots, with her improvised vocals weaving between her melodic bass lines and Harland’s clattering drums. McCoy Tyner, greeted by a standing ovation, introduced “Walk Spirit, Talk Spirit” off mic, as he so often does, but of course the tune needs no preamble. Delivered with brio and authority by a quartet featuring Lovano, Spalding and Harland, the tune is everything jazz should be, questing, roiling and insistently alive. A septet couldn’t get quite the same momentum on “Blues on the Corner,” but alto great John Handy sounded full of fire (only days away from his 80th birthday), and Bobby Hutcherson was greeted with a standing ovation upon his introduction, as he should be.

With nary a glitch in the production, the opening night augurs well for the SFJAZZ Center’s success. There will undoubtedly be growing pains as SFJAZZ settles into its new home, and filling a large theater night after night (something SFJAZZ has never had to deal with) is a daunting challenge even in good economic times. But this was a night to savor the organization’s unprecedented feat, and to feel thankful that jazz has an enviable new home in San Francisco.

Herbie Hancock may be 82 years old, but that doesn’t seem to be slowing him down. The latest case in point: his headlining set at … END_OF_DOCUMENT_TOKEN_TO_BE_REPLACED

From April 29 to May 8, New Orleans’ Fair Grounds Race Course opened its gates to one of the world’s most famous music festivals for the … END_OF_DOCUMENT_TOKEN_TO_BE_REPLACED

A triple bill at Harlem’s Audubon Ballroom featuring Art Blakey, Thelonious Monk, and Macbeth the Great with his Creole Rhythm Boys. The only movie that … END_OF_DOCUMENT_TOKEN_TO_BE_REPLACED

From October 21 to 23, the BRIC JazzFest made a welcome return to its live in-person home at BRIC House on Fulton Street in Brooklyn, … END_OF_DOCUMENT_TOKEN_TO_BE_REPLACED