Skip to content
Become a member and get exclusive access to articles, live sessions and more!
Start Your Free Trial
Home > Features > Scenes from Havana: A Photographic Look 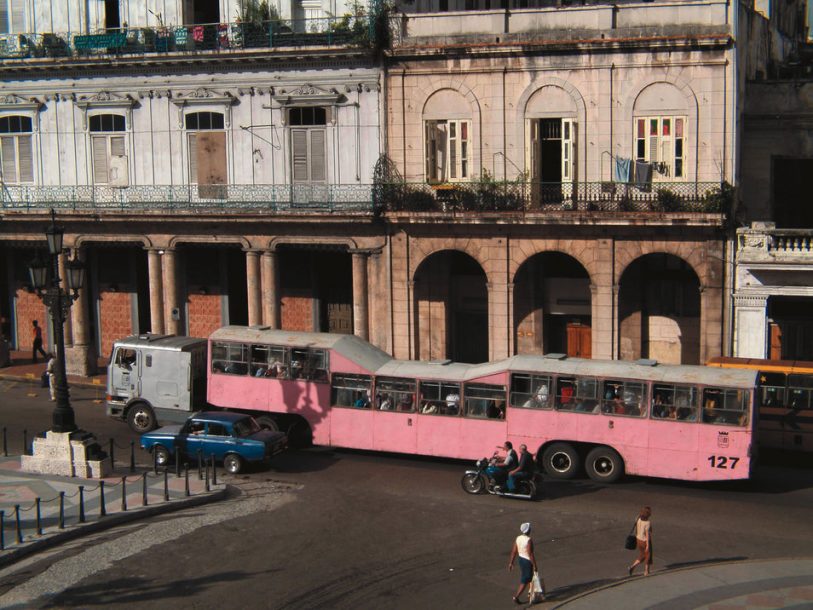 Camel bus: This mode of transportation was introduced in the early ’90s to help commuters. The bus can hold up to 300 people and costs about a nickel to ride. (R. Andrew Lepley) 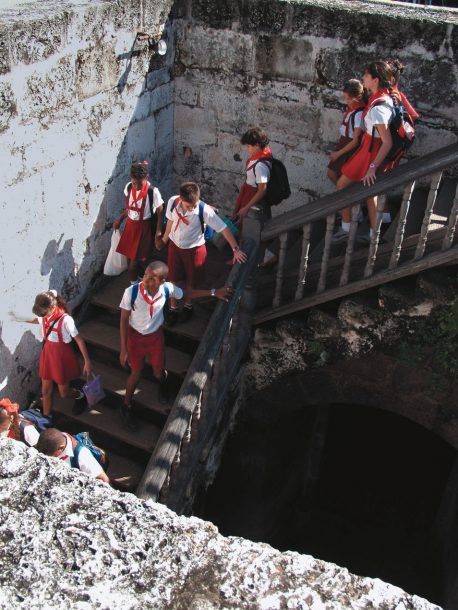 School kids: I caught this group of Cuban school children who were on a visit to the Castillo de la Fuerza. (R. Andrew Lepley) 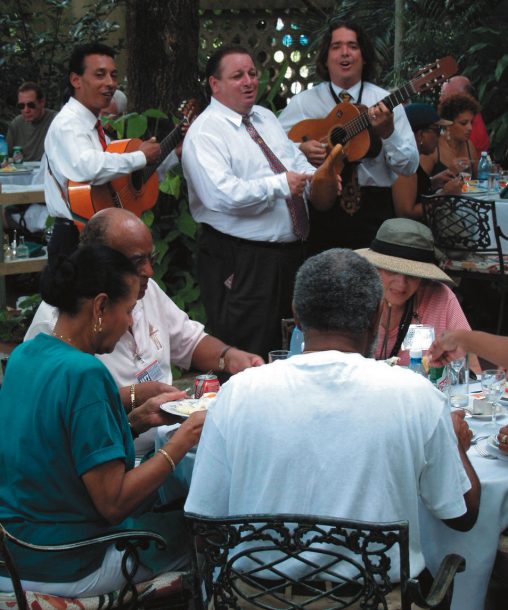 Lunch & music: Many of our lunches were held in beautiful outdoor restaurants like La Ferminia, where we were serenaded by strolling Cuban musicians. Rice, beans and pork are staples of the Cuban diet. (R. Andrew Lepley) 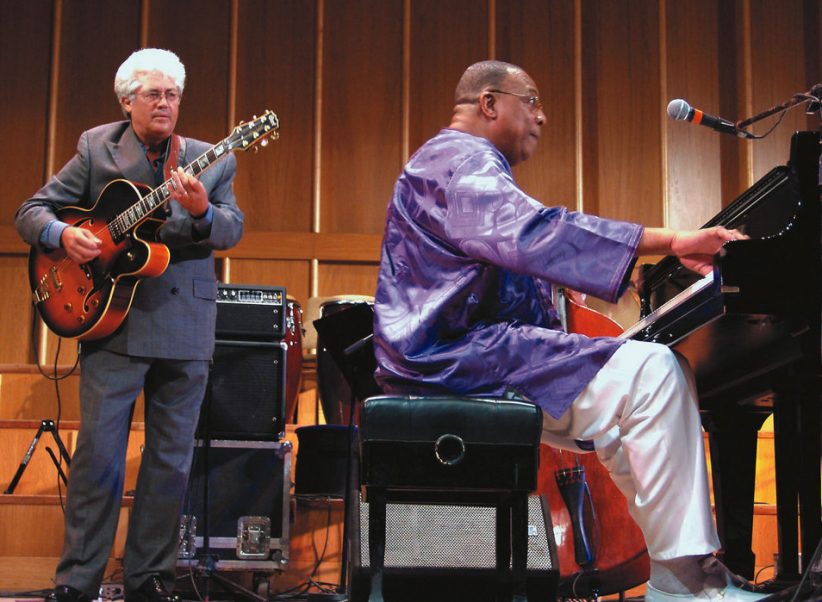 Larry Coryell & Chucho Valdes: The two performed together at the opening night of the Havana International jazz Festival. Shows were held in the Teatro Amadeo Roldan Theatre. Valdes is the artistic director for the festival. (R. Andrew Lepley) 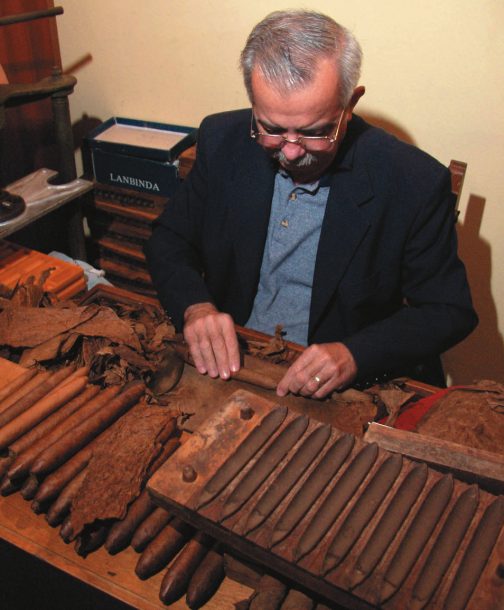 Cigar Shop: We witnessed this demonstration of cigar hand rolling technique, being performed in the gift shop of the largest cigar factory in Havana. (R. Andrew Lepley) 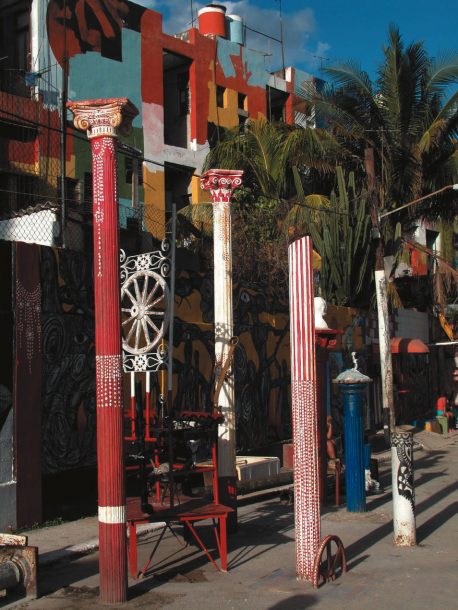 Hammel’s Alley: This small street has been painted and decorated by a local artist. He can often be found there, still working on unpainted sections. (R. Andrew Lepley) 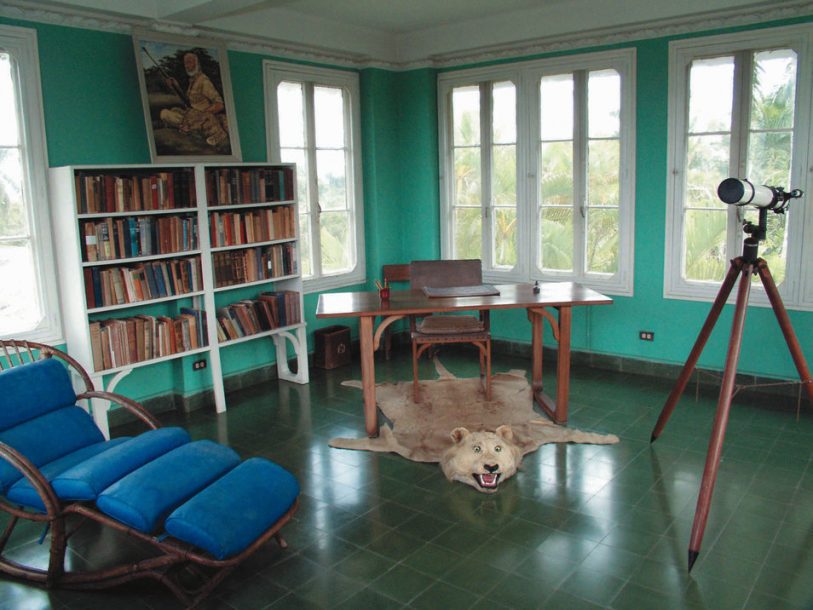 Hemingway’s writing room: This is the room where Ernest Hemingway wrote The Old Man and the Sea. Part of his house at “la vigia” farm, it is now a museum. (R. Andrew Lepley) 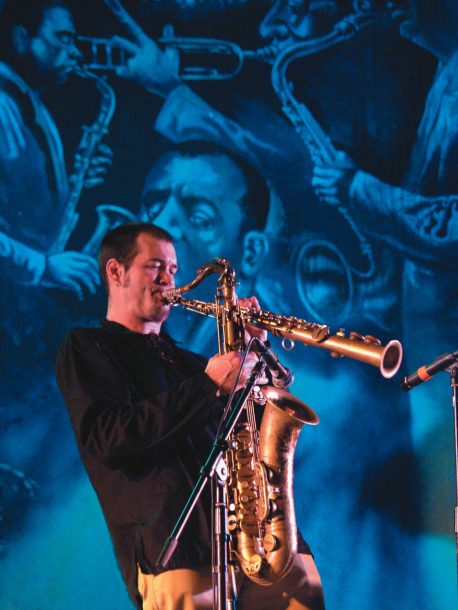 Jay Collins: In this shot, Collins, a member of Bobby Sanabria’s band, seems to be playing along with the images on the screen behind the stage. (R. Andrew Lepley) 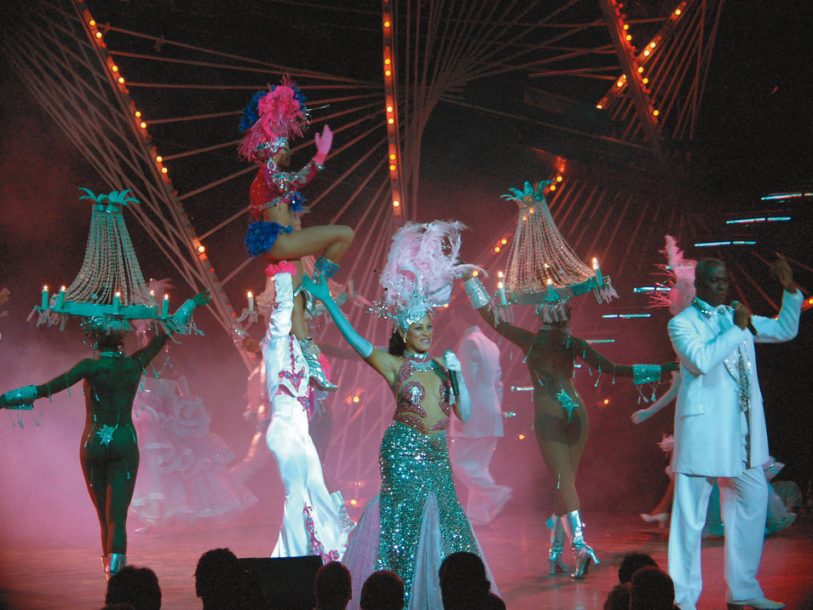 Tropicana: On our last night in Cuba we went to the Tropicana, Havana’s most famous nightclub/cabaret, for dinner and a show. (R. Andrew Lepley) 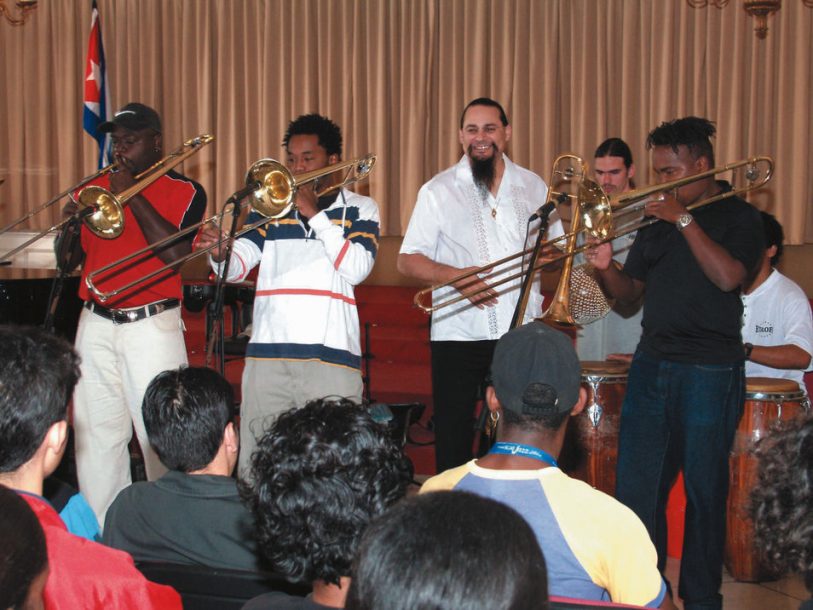 Steve Turre: In a performance at the Higher School of Art, Turre worked with the trombone students. The school occupies a former country club outside of Havana. (R. Andrew Lepley)

In December 2002, JazzTimes Travel sponsored a special tour to the Havana International Jazz Festival in Cuba. More than 200 people came to the small island for a week of music, art, culture and education.

Photographer R. Andrew Lepley brought back these images and observations from the trip. JazzTimes Travel will return to Cuba with several trips planned throughout 2003.

From April 29 to May 8, New Orleans’ Fair Grounds Race Course opened its gates to one of the world’s most famous music festivals for the … END_OF_DOCUMENT_TOKEN_TO_BE_REPLACED

A triple bill at Harlem’s Audubon Ballroom featuring Art Blakey, Thelonious Monk, and Macbeth the Great with his Creole Rhythm Boys. The only movie that … END_OF_DOCUMENT_TOKEN_TO_BE_REPLACED

From October 21 to 23, the BRIC JazzFest made a welcome return to its live in-person home at BRIC House on Fulton Street in Brooklyn, … END_OF_DOCUMENT_TOKEN_TO_BE_REPLACED

Like most live music events, the Montclair Jazz Festival was forced to do things a little differently this year. Normally, this free outdoor fest in … END_OF_DOCUMENT_TOKEN_TO_BE_REPLACED