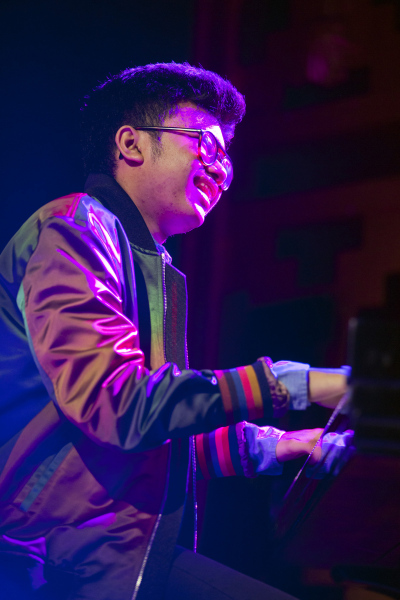 On June 10, the River to River Festival returned to downtown Manhattan for the launch of its 20th edition (which runs through Sunday, June 27), … END_OF_DOCUMENT_TOKEN_TO_BE_REPLACED

Much like a lost jazz recording, master photographer Roy DeCarava’s one-of-a-kind fine art book the sound i saw: improvisations on a jazz theme sat unpublished for decades. It existed solely as a maquette—essentially a mockup or prototype, crafted painstakingly by hand in 1960, shut inside a worn leather case and left to languish in a … END_OF_DOCUMENT_TOKEN_TO_BE_REPLACED
To access this content, you must purchase JazzTimes Membership.

From October 24 to 26, the BRIC JazzFest in Brooklyn celebrated its fifth anniversary in much the same way as its fourth and its third and … you get the idea: with a three-night, three-stage live music marathon featuring overlapping sets by legends, veterans, and newcomers alike. JazzTimes photographer Alan Nahigian was there for the duration, and … END_OF_DOCUMENT_TOKEN_TO_BE_REPLACED
To access this content, you must purchase JazzTimes Membership.