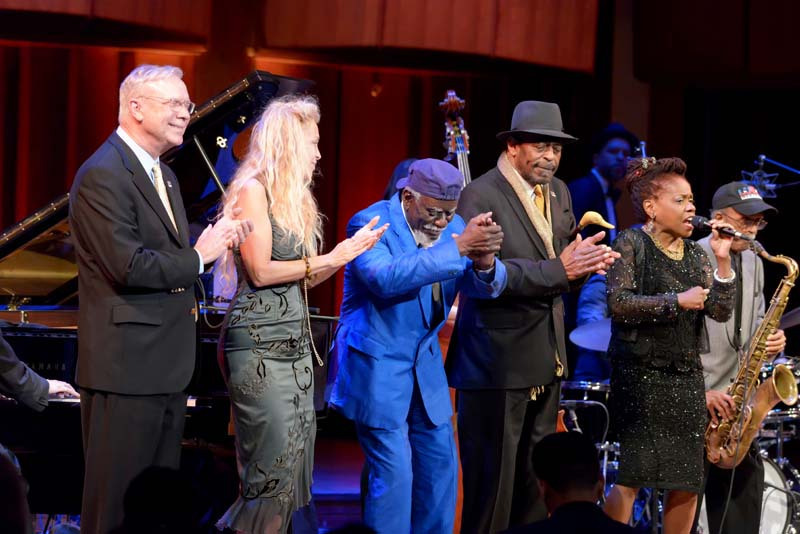 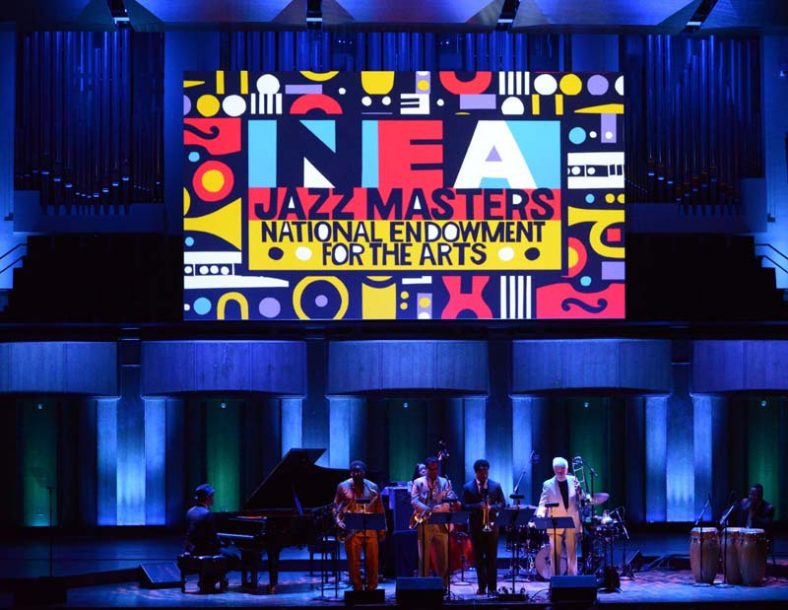 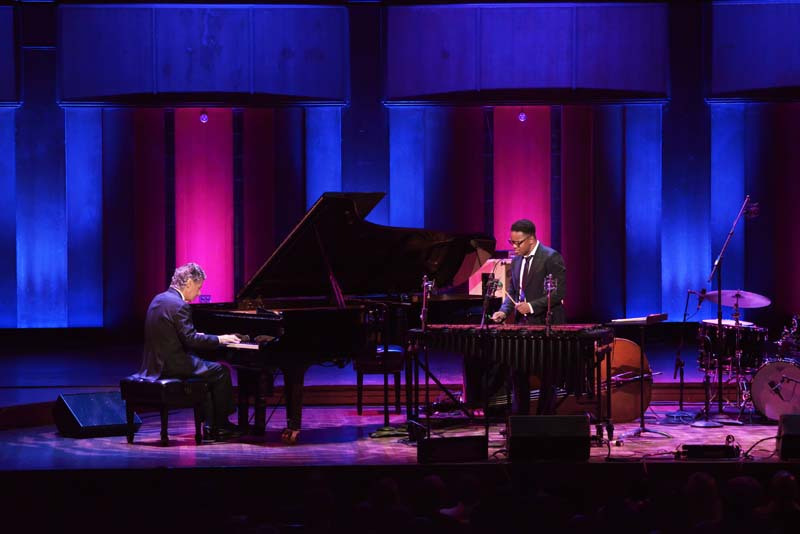 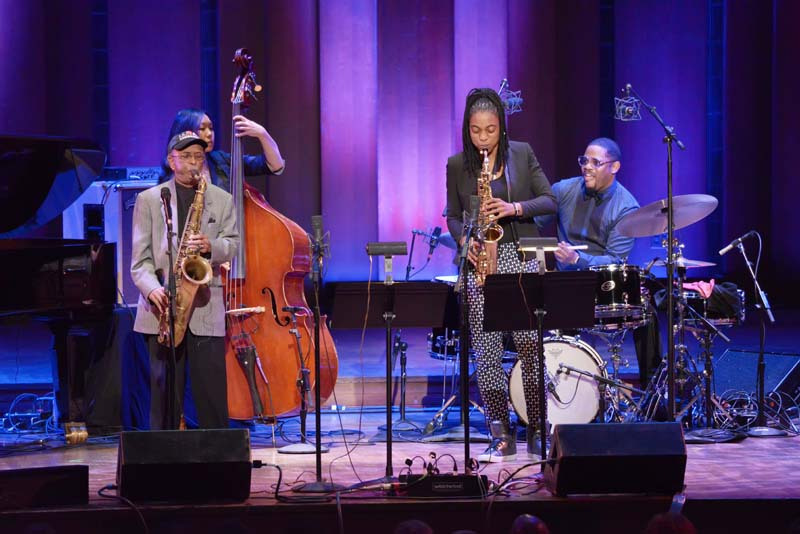 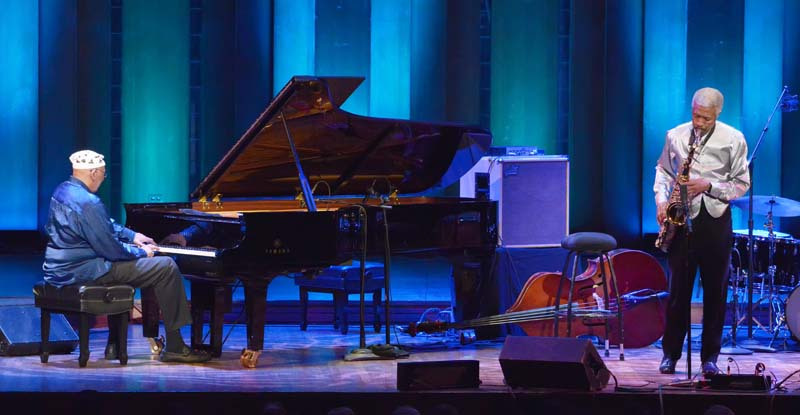 A free concert celebrating the 2016 class of NEA Jazz Masters was held on Monday evening, in the concert hall at the Kennedy Center in Washington, D.C. Hosted by pianist-composer Jason Moran, the Kennedy Center’s artistic advisor for jazz, with remarks from NEA Chairman Jane Chu, the event honored saxophonists Pharoah Sanders and Archie Shepp; vibraphonist Gary Burton; and Wendy Oxenhorn, the longtime executive director of the Jazz Foundation of America and this year’s recipient of the A.B. Spellman Award for Jazz Advocacy.

In a straightforward, roughly 100-minute program, each awardee was introduced with remarks from a presenter and a well-produced documentary-style short. (Unlike last year’s program at Jazz at Lincoln Center in New York, the awardees did not perform.) A tribute performance followed, with the awardee’s acceptance speech closing each segment. Paying homage to Shepp with a medley of his “Hambone” and “Blues for Brother George Jackson” was an ensemble featuring Moran, saxophonists David Murray and Rudresh Mahanthappa, trombonist Roswell Rudd, trumpeter Ambrose Akinmusire, bassist Linda Oh, drummer Karriem Riggins and percussionist Pedrito Martinez. Burton was acknowledged via a special duo performance of his collaborator Chick Corea’s “Crystal Silence” by Corea and vibraphonist Stefon Harris. Another duet, featuring pianist Randy Weston and saxophonist Billy Harper playing the former’s “The Healers,” marked Sanders’ tribute, and Oxenhorn received her nod with a burning take on Jimmy Heath’s “Gingerbread Boy,” performed by Heath, saxophonist Lakecia Benjamin, pianist Justin Kauflin and the rhythm section of Oh, Riggins and Martinez. Singer Catherine Russell provided the finale with her rendition of Dr. Billy Taylor’s “I Wish I Knew How It Would Feel to Be Free.”

For a column-length take on this year’s awards concert, check JazzTimes‘ upcoming print issue and JazzTimes.com. In the meantime, enjoy this photo gallery.

Herbie Hancock may be 82 years old, but that doesn’t seem to be slowing him down. The latest case in point: his headlining set at … END_OF_DOCUMENT_TOKEN_TO_BE_REPLACED

From April 29 to May 8, New Orleans’ Fair Grounds Race Course opened its gates to one of the world’s most famous music festivals for the … END_OF_DOCUMENT_TOKEN_TO_BE_REPLACED

A triple bill at Harlem’s Audubon Ballroom featuring Art Blakey, Thelonious Monk, and Macbeth the Great with his Creole Rhythm Boys. The only movie that … END_OF_DOCUMENT_TOKEN_TO_BE_REPLACED

From October 21 to 23, the BRIC JazzFest made a welcome return to its live in-person home at BRIC House on Fulton Street in Brooklyn, … END_OF_DOCUMENT_TOKEN_TO_BE_REPLACED