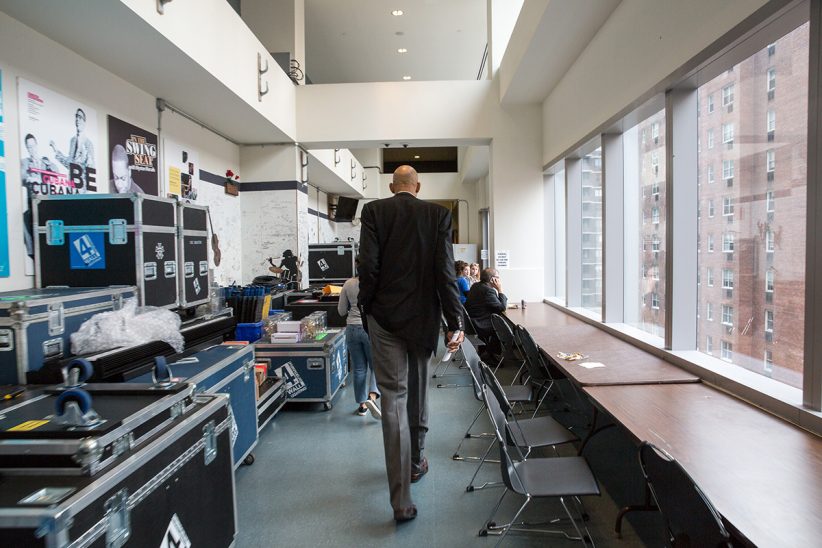 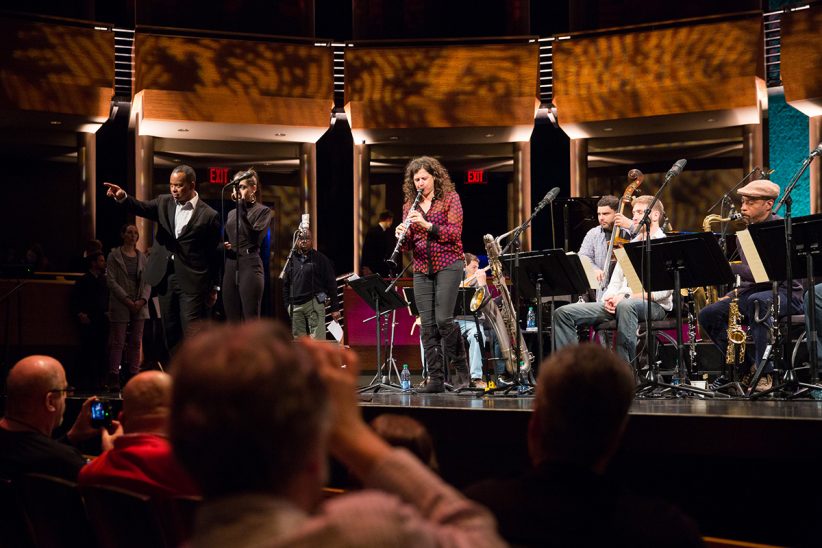 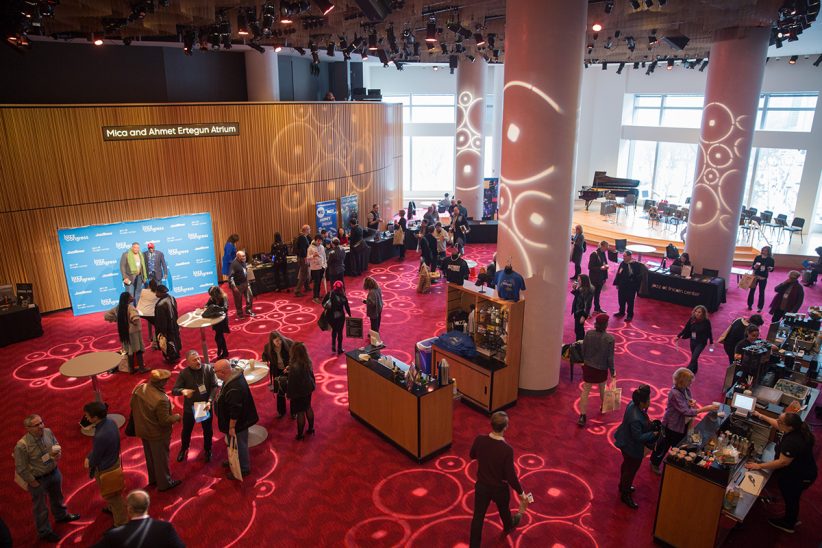 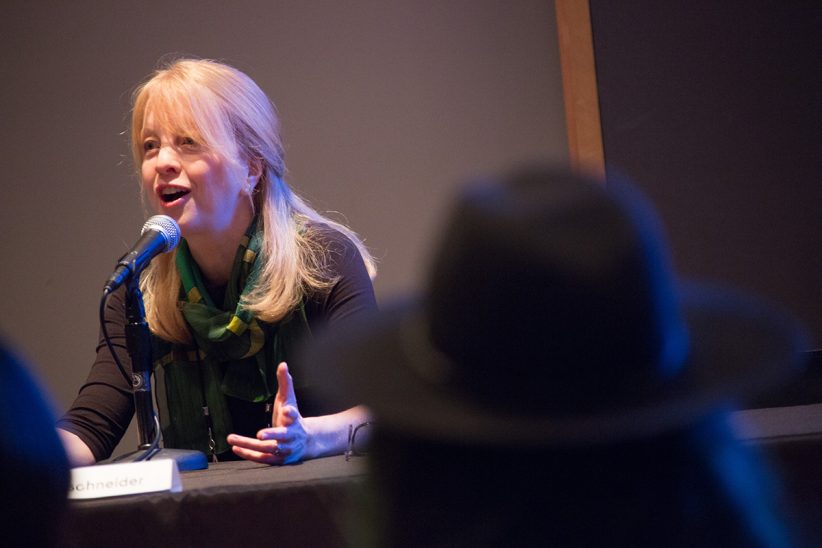 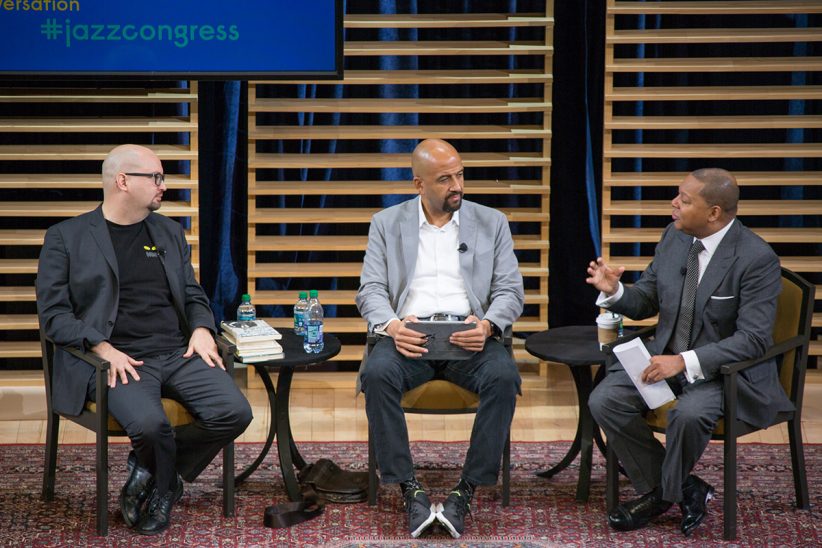 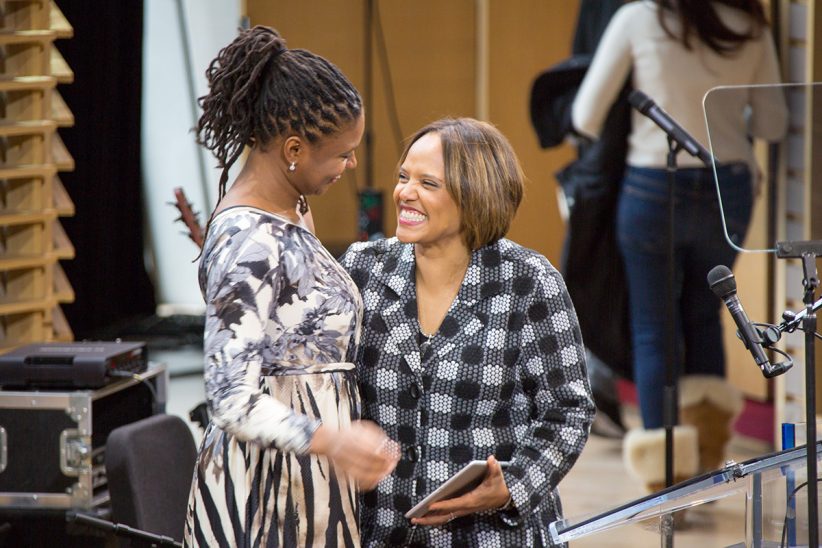 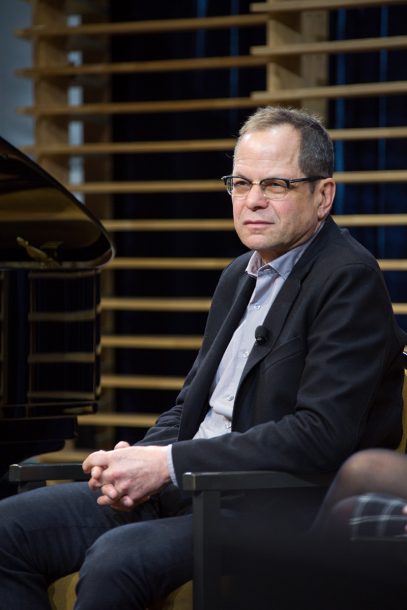 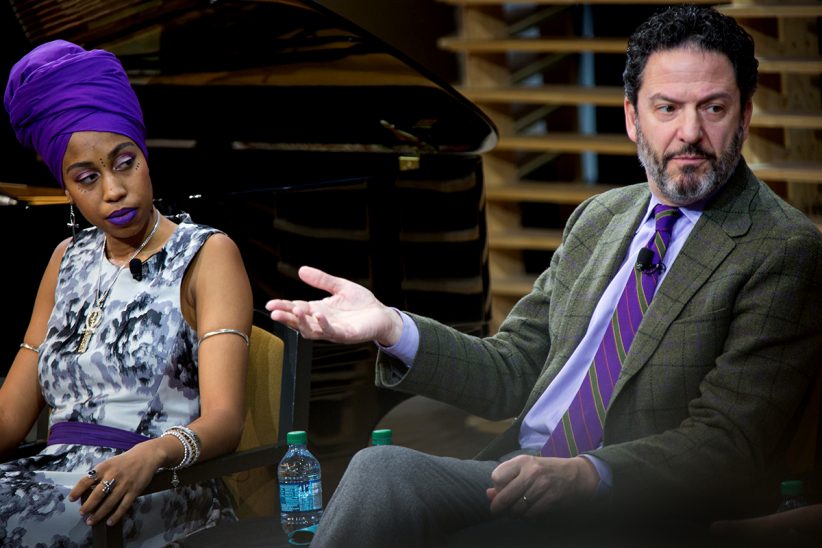 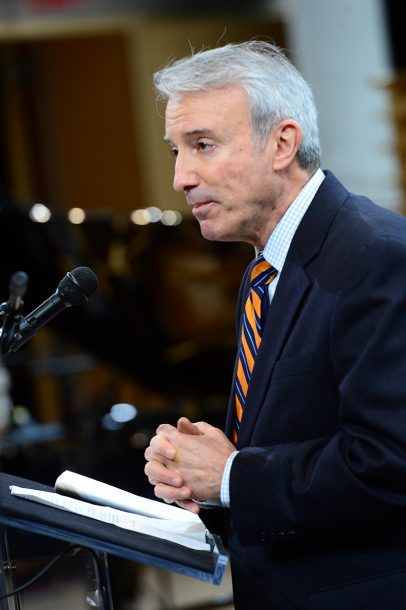 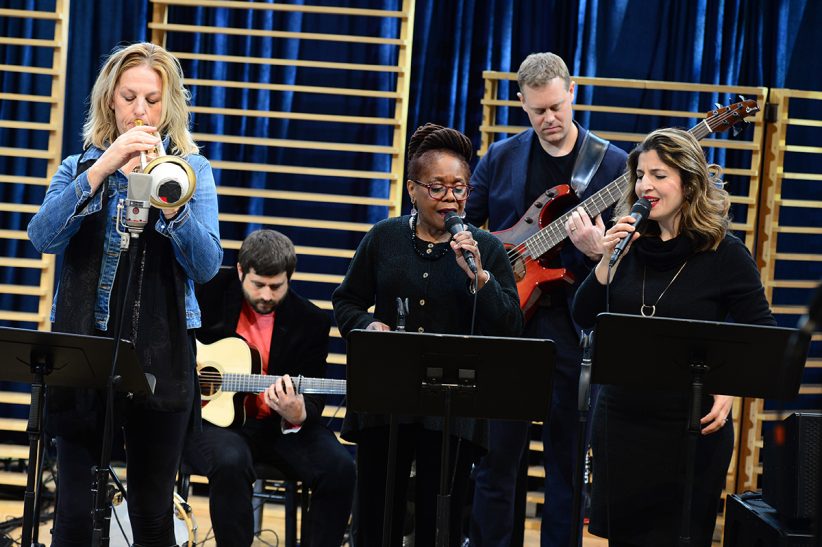 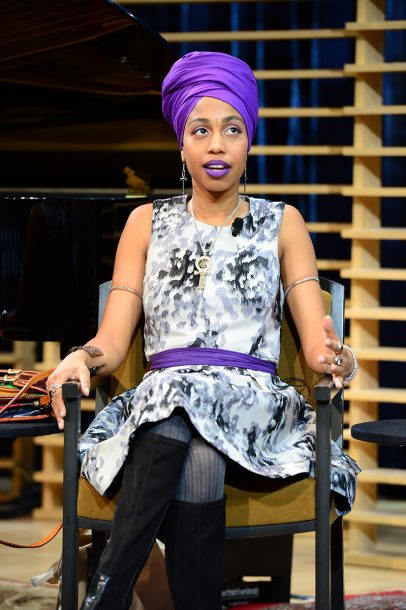 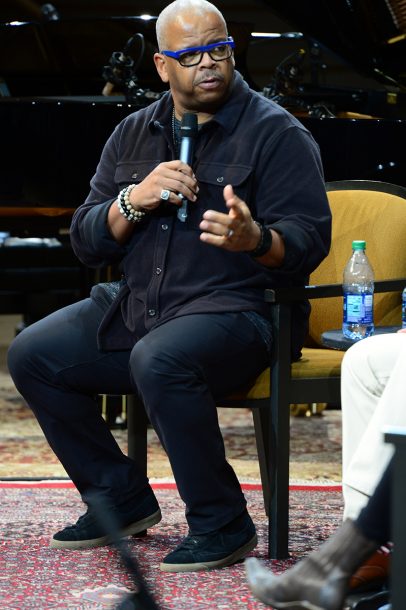 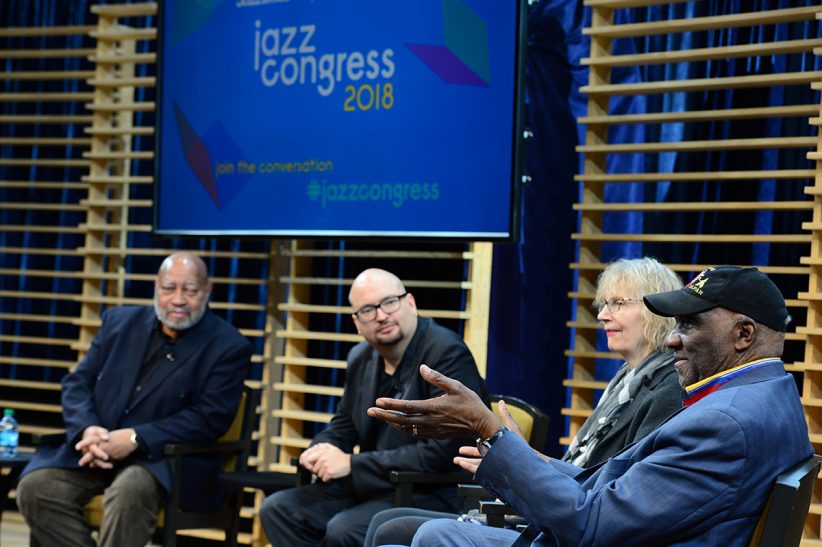 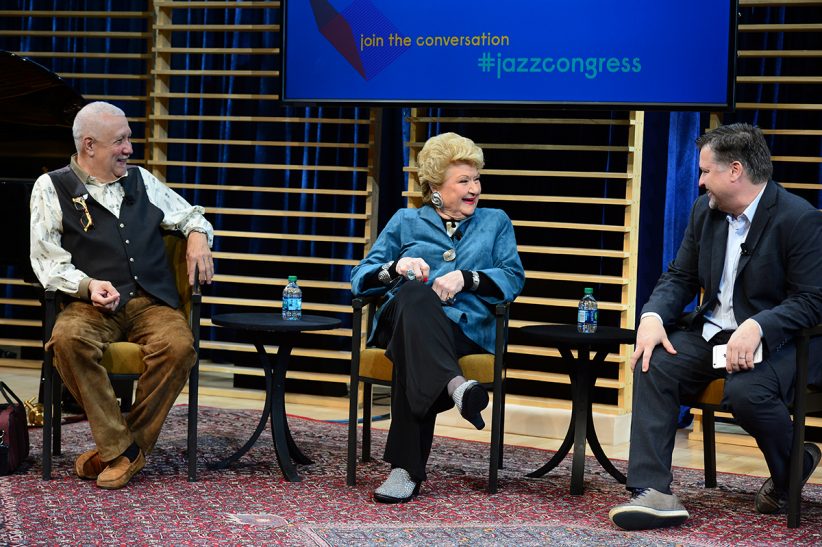 On January 11-12, 2018, the inaugural edition of the Jazz Congress was held at Jazz at Lincoln Center facilities. Over 700 members of the jazz community – including artists, managers, agents, radio programmers, journalists, festival and concert presenters, educators and more – attended the conference which was produced by Jazz at Lincoln Center and JazzTimes.  The event featured a series of panels, workshops, meetings and performances all focused on expanding the audience for jazz.  The keynote address was given by NBA Hall-of-Famer and author Kareem Adbul-Jabbar who spoke about how jazz has been an important part of his life personally and professionally, and about how the music has been and can continue to be part of a movement for social change.

In keeping with a tradition of an In Memoriam segment that had started with the Jazz Connect Conference held for the last three years at Saint Peter’s Church, bassist Ike Sturm led a group featuring Jesse Harris (guitar), Ingrid Jensen (trumpet), Catherine Russell (vocals) and Melissa Stylianou (vocals) who performed an original piece to accompany a slide show paying tribute to those in the jazz community who had passed during the past year. Sturm runs the jazz ministry at Saint Peter’s.

The conference dovetailed into both the Association of Performing Arts Presenters (APAP) conference and Winter Jazzfest, as well as numerous showcases and special events around New York City at the same time.

For more information about the conference visit the Jazz Congress website.  Dates for the 2019 conference have not be finalized yet.

All photos are by either Lawrence Sumulong or Frank Stewart from Jazz at Lincoln Center.

Herbie Hancock may be 82 years old, but that doesn’t seem to be slowing him down. The latest case in point: his headlining set at … END_OF_DOCUMENT_TOKEN_TO_BE_REPLACED

From April 29 to May 8, New Orleans’ Fair Grounds Race Course opened its gates to one of the world’s most famous music festivals for the … END_OF_DOCUMENT_TOKEN_TO_BE_REPLACED

A triple bill at Harlem’s Audubon Ballroom featuring Art Blakey, Thelonious Monk, and Macbeth the Great with his Creole Rhythm Boys. The only movie that … END_OF_DOCUMENT_TOKEN_TO_BE_REPLACED

From October 21 to 23, the BRIC JazzFest made a welcome return to its live in-person home at BRIC House on Fulton Street in Brooklyn, … END_OF_DOCUMENT_TOKEN_TO_BE_REPLACED