Skip to content
Become a member and get exclusive access to articles, live sessions and more!
Start Your Free Trial
Home > Features > Photos: Chick Corea and Béla Fleck in Virginia 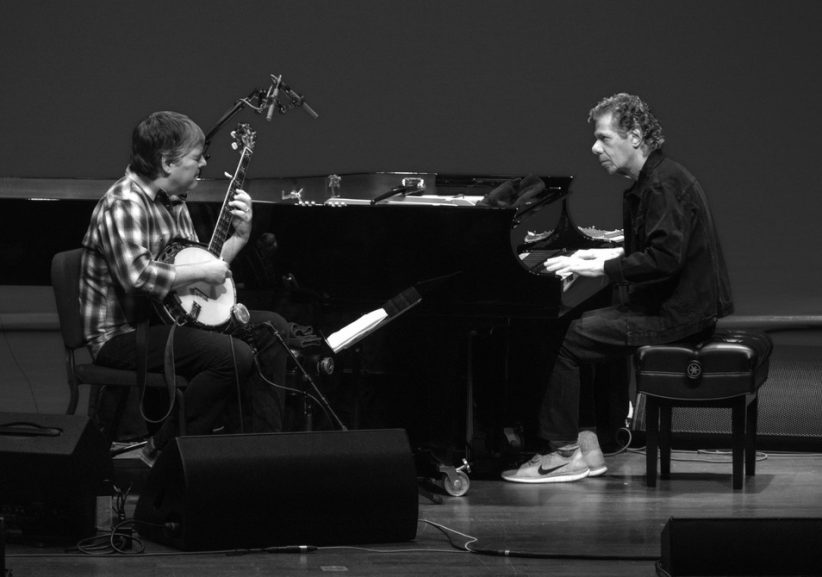 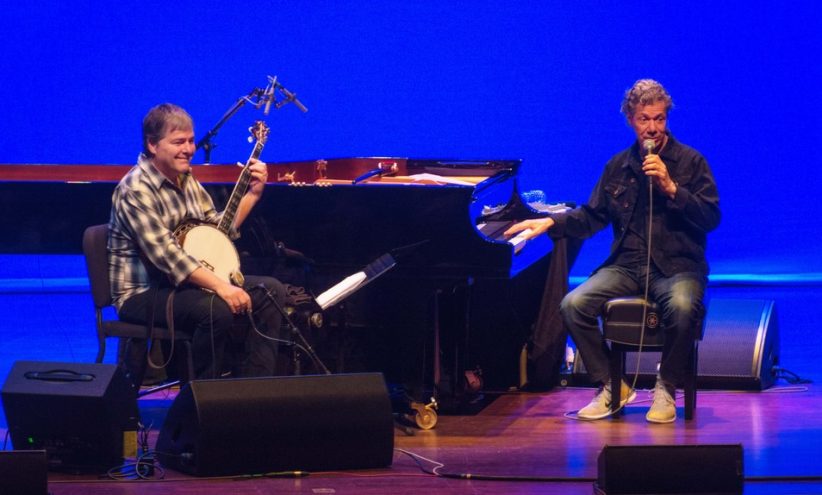 It shouldn’t work, banjo and piano, but in the hands of these two masters, Chick Corea and Béla Fleck, it more than worked. The audience was treated to a mixture of jazz, bluegrass, country, funk, rock and folk, two sets of mostly the musicians’ own compositions and one Stevie Wonder song, “Overjoyed.” Between tunes, Fleck and Corea engaged in easy banter with the audience, joking about song titles and sometimes just sitting in awe of the other’s playing.

Last summer, for the first time since he founded it in 1954, George Wein wasn’t at the Newport Jazz Festival. Traveling from his Manhattan home … END_OF_DOCUMENT_TOKEN_TO_BE_REPLACED

The 2022 Vision Festival—edition number 26, “A Light in Darkness”—took place from June 21 to June 26 in New York City, including hundreds of performers … END_OF_DOCUMENT_TOKEN_TO_BE_REPLACED

Herbie Hancock may be 82 years old, but that doesn’t seem to be slowing him down. The latest case in point: his headlining set at … END_OF_DOCUMENT_TOKEN_TO_BE_REPLACED

From April 29 to May 8, New Orleans’ Fair Grounds Race Course opened its gates to one of the world’s most famous music festivals for the … END_OF_DOCUMENT_TOKEN_TO_BE_REPLACED