Skip to content
Become a member and get exclusive access to articles, live sessions and more!
Start Your Free Trial
Home > Features > Photos: BRIC JazzFest Comes Back to Brooklyn

From October 21 to 23, the BRIC JazzFest made a welcome return to its live in-person home at BRIC House on Fulton Street in Brooklyn, N.Y. The headliners for the seventh annual festival were, respectively, Cécile McLorin Salvant, the Sun Ra Arkestra, and Fred Wesley and the New JB’s, but the lineup went far deeper than that, with artists including Sean Jones, Thana Alexa, Adam O’Farrill, Roy Nathanson & Nick Hakim, Kurt Elling’s SuperBlue project with guitarist Charlie Hunter (plus special guest Nate Smith on drums), Madison McFerrin, and many more. Regular JazzTimes photographer Alan Nahigian was present for all three days and captured the following images. 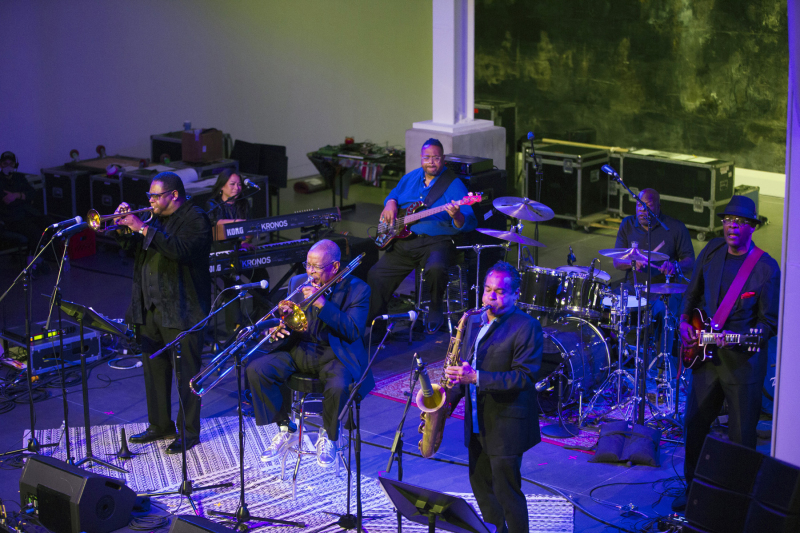 Last summer, for the first time since he founded it in 1954, George Wein wasn’t at the Newport Jazz Festival. Traveling from his Manhattan home … END_OF_DOCUMENT_TOKEN_TO_BE_REPLACED

The 2022 Vision Festival—edition number 26, “A Light in Darkness”—took place from June 21 to June 26 in New York City, including hundreds of performers … END_OF_DOCUMENT_TOKEN_TO_BE_REPLACED

Herbie Hancock may be 82 years old, but that doesn’t seem to be slowing him down. The latest case in point: his headlining set at … END_OF_DOCUMENT_TOKEN_TO_BE_REPLACED