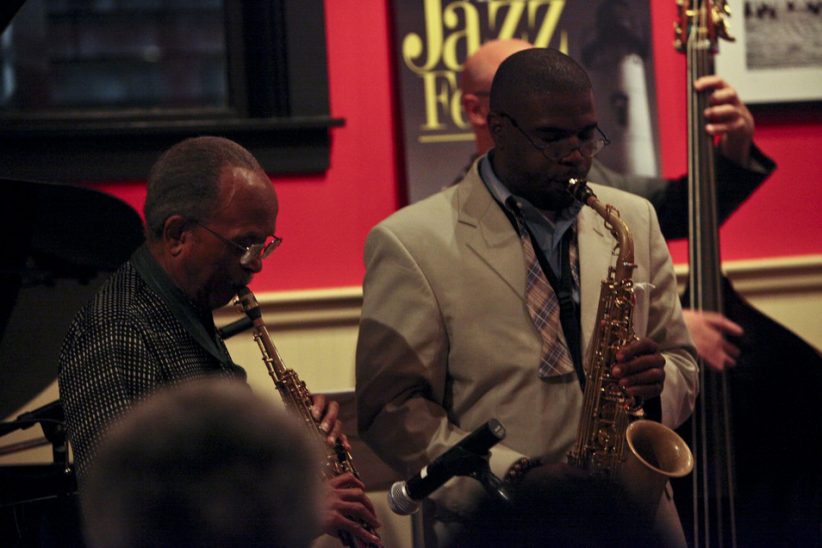 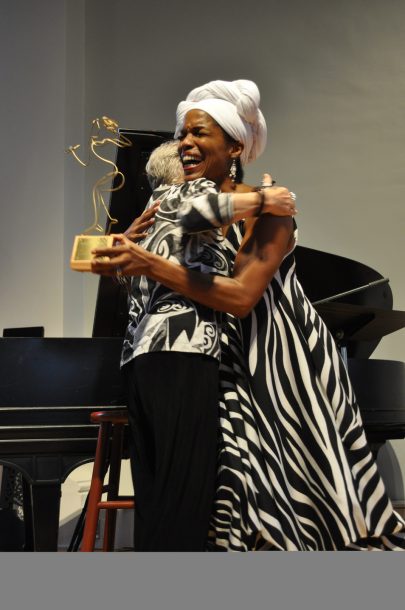 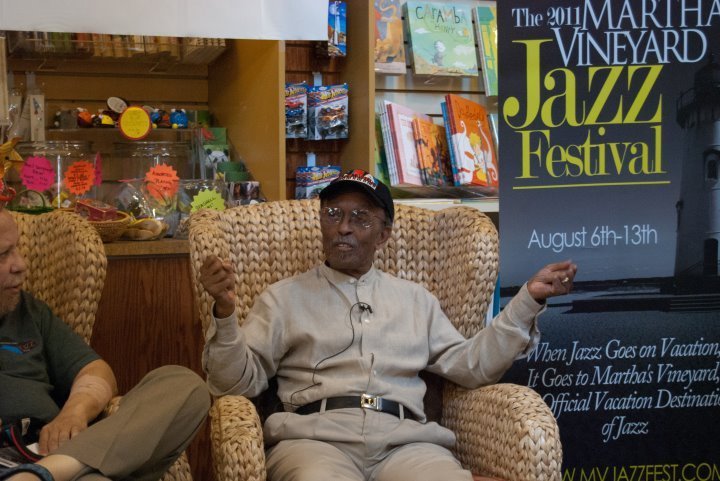 On August 6-13, 2011, the Martha’s Vineyard Jazz Festival and “All Things Jazz” presented the diversity of jazz in a variety of formal and informal venues, including live musical performances, art exhibits, book readings and signings, and film presentations.

The festival kicked off Saturday August the 6th with a 2nd line parade through Oak Bluffs featuring the Boston-based band Made in the Shade, as well as a film presentation of Round Midnight presented by the wife and widow of Dexter Gordon-Ms. Maxine Gordon.

Monday, August 8 featured a performance by Elan Trotman, the contemporary jazz saxophonist out of Boston to a sold out crowd of 300-plus people at Lola’s in Oak Bluffs

Also on Tuesday night (August 9) the Antonio Hart Quartet featuring Richard Johnson on piano, Ben Wolfe on bass, and Lee Pearson on drums performed at Deon’s Restaurant in Oak Bluffs to another sold-out crowd of 200 standing room only.

On Wednesday night, the festival featured another sold-out performance of 200 people at Deon’s restaurant for the performance of vibraphonist Warren Wolf, featuring the house rhythm section of Richard Johnson, Ben Wolfe & Lee Pearson.

On Thursday August 11 the festival returned to Bunch of Grapes bookstore with John Abbott and Bob Blumenthal for a book reading and signing of their book Saxophone Colossus: A Portrait of Sonny Rollins.

On Thursday, August 11 Nnenna Freelon performed to a sold out crowd of 500 people at the Old Whaling Church in Edgartown. And she also accepted the first ever Martha’s Vineyard Jazz Festival “Vineguard” award this award is presented to one performing artist every year who the festival feels represents the authenticity and spirit of the art form of jazz.

On Friday August 12 the Mario Castro Quintet from the Berklee College of Music performed to another sell-out crowd of 200 people at Deon’s.

Herbie Hancock may be 82 years old, but that doesn’t seem to be slowing him down. The latest case in point: his headlining set at … END_OF_DOCUMENT_TOKEN_TO_BE_REPLACED

From April 29 to May 8, New Orleans’ Fair Grounds Race Course opened its gates to one of the world’s most famous music festivals for the … END_OF_DOCUMENT_TOKEN_TO_BE_REPLACED

A triple bill at Harlem’s Audubon Ballroom featuring Art Blakey, Thelonious Monk, and Macbeth the Great with his Creole Rhythm Boys. The only movie that … END_OF_DOCUMENT_TOKEN_TO_BE_REPLACED

From October 21 to 23, the BRIC JazzFest made a welcome return to its live in-person home at BRIC House on Fulton Street in Brooklyn, … END_OF_DOCUMENT_TOKEN_TO_BE_REPLACED