Skip to content
Become a member and get exclusive access to articles, live sessions and more!
Start Your Free Trial
Home > Features > Kronos Quartet and the Music of Fela Find Common Ground in NYC 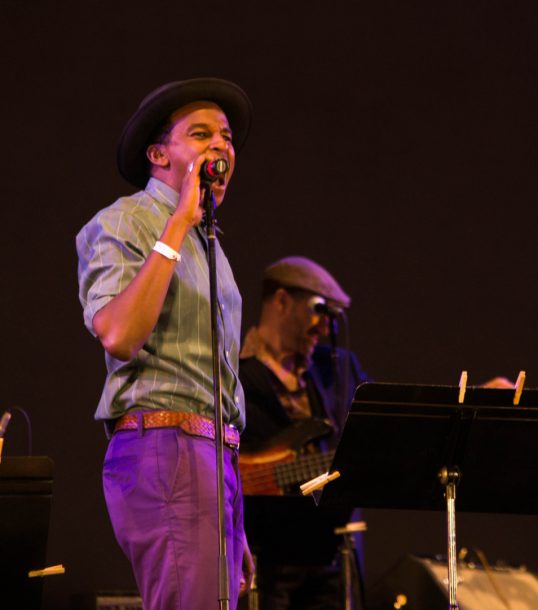 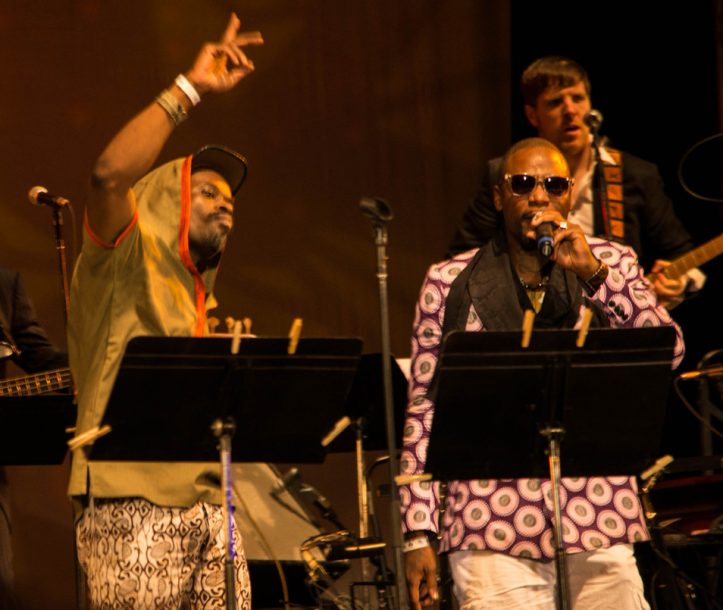 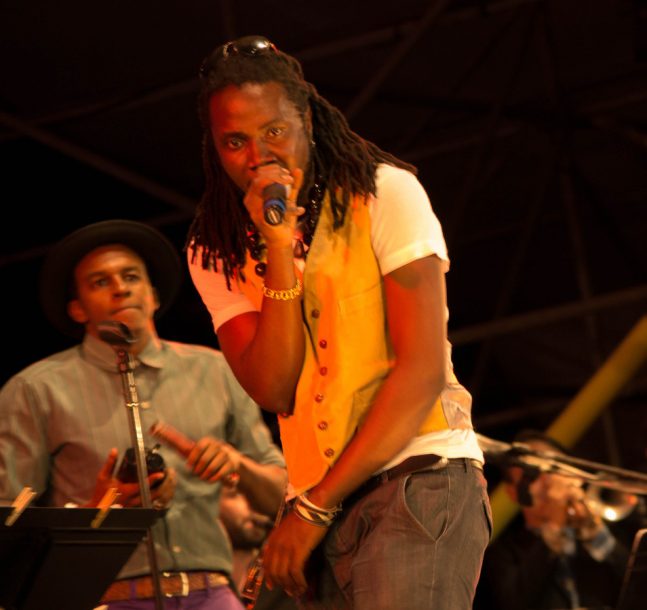 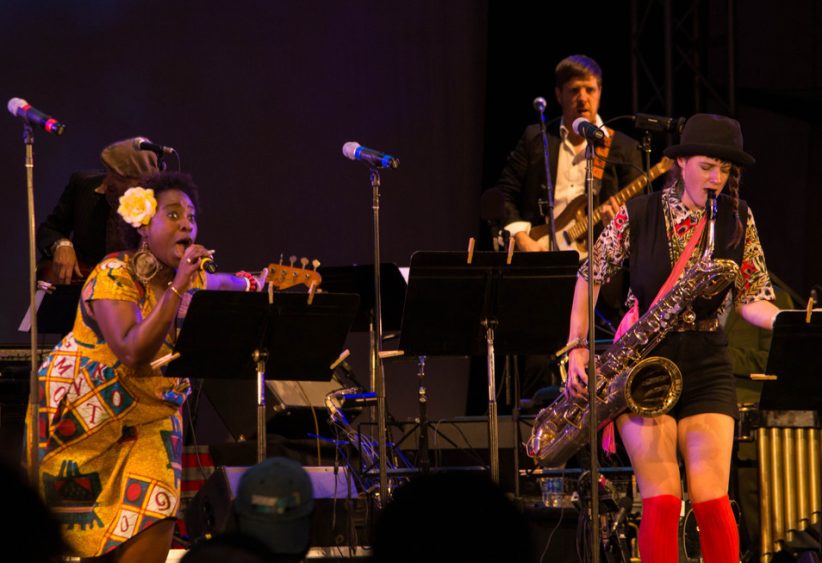 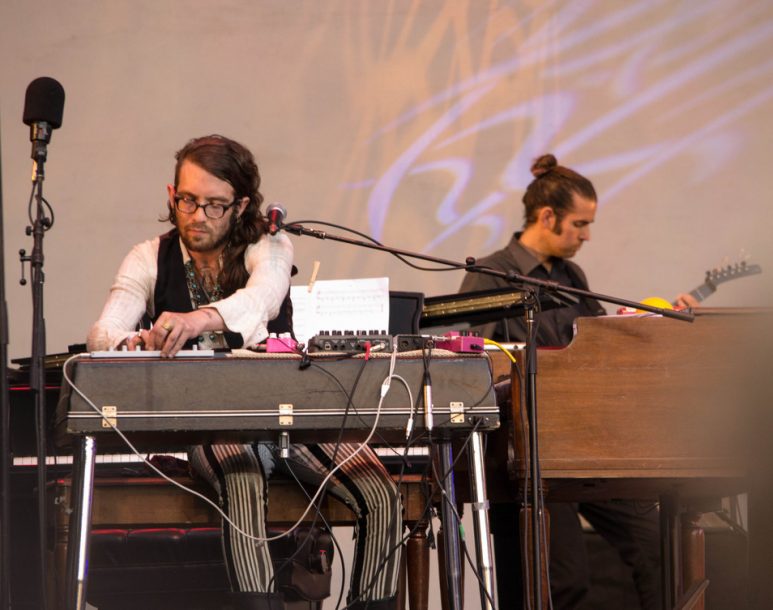 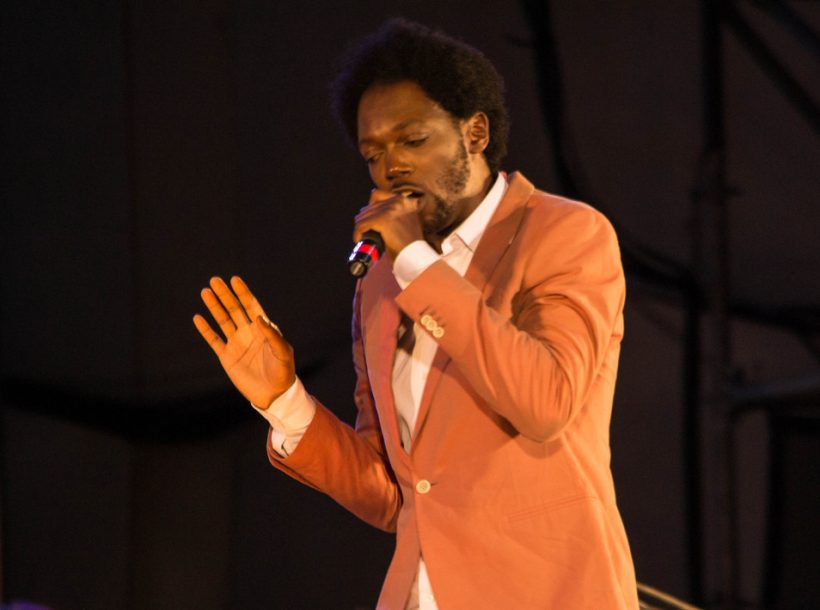 For the opening program of its five-night “Kronos at 40” series-celebrating four decades of adventurous music by the renowned string quartet-Lincoln Center Out of Doors presented the world premiere of “Red Hot + Fela Live,” featuring a parade of singers, rappers and musicians celebrating the legacy of the late Afrobeat pioneer Fela Anikulapo Kuti.

The first half of the show featured the sextet Superhuman Happiness (who also served as the backing band for the remainder of the program) performing music from the documentary How to Survive a Plague while the second was devoted to Fela music. Kronos participated in both segments but largely gave their stage over to the other performers, including Beninese superstar Angelique Kidjo (a surprise guest), Fela’s drummer Tony Allen, rapper M1 of Dead Prez, members of Antibalas and Rubblebucket and more-artists from both Africa and the U.S., under the musical direction of Stuart Bogie.

JazzTimes’ Jeff Tamarkin was there with his camera.

Herbie Hancock may be 82 years old, but that doesn’t seem to be slowing him down. The latest case in point: his headlining set at … END_OF_DOCUMENT_TOKEN_TO_BE_REPLACED

From April 29 to May 8, New Orleans’ Fair Grounds Race Course opened its gates to one of the world’s most famous music festivals for the … END_OF_DOCUMENT_TOKEN_TO_BE_REPLACED

A triple bill at Harlem’s Audubon Ballroom featuring Art Blakey, Thelonious Monk, and Macbeth the Great with his Creole Rhythm Boys. The only movie that … END_OF_DOCUMENT_TOKEN_TO_BE_REPLACED

From October 21 to 23, the BRIC JazzFest made a welcome return to its live in-person home at BRIC House on Fulton Street in Brooklyn, … END_OF_DOCUMENT_TOKEN_TO_BE_REPLACED