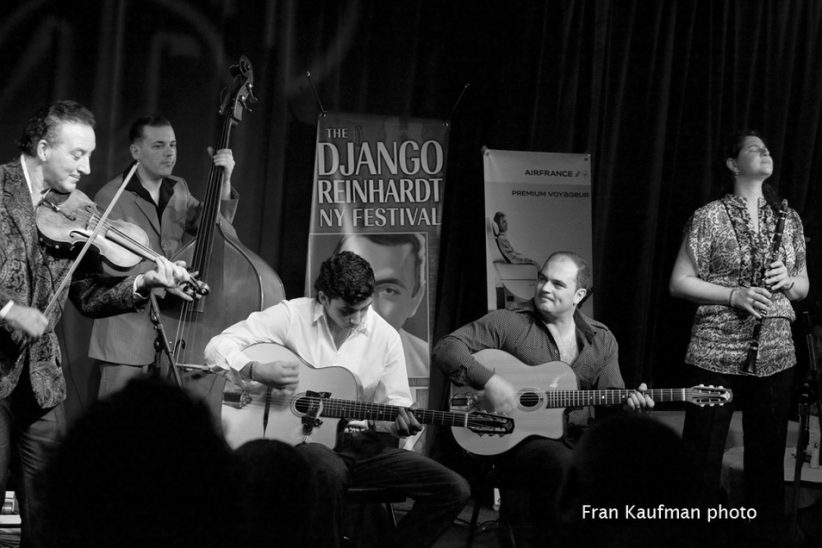 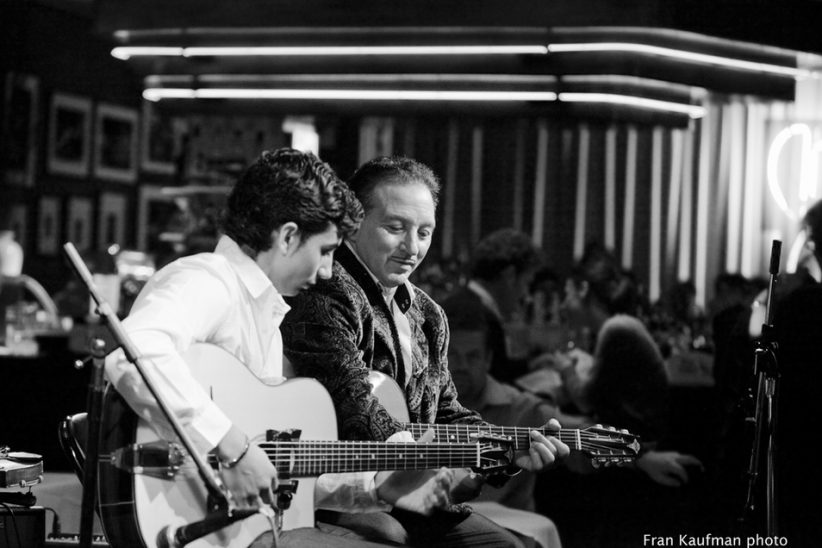 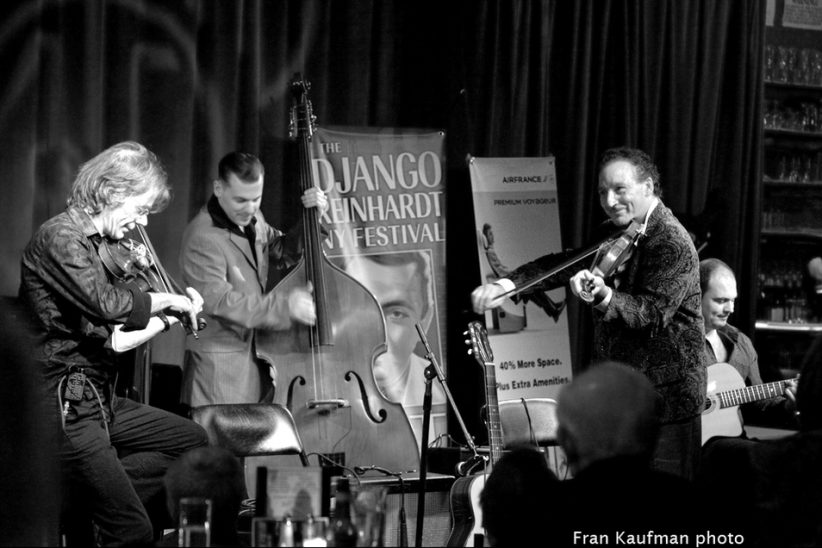 Pierre Blanchard on violin, Xavier Nikci on bass, Dorado Schmitt on violin and Samson Schmitt on guitar at the Django Reinhardt Festival 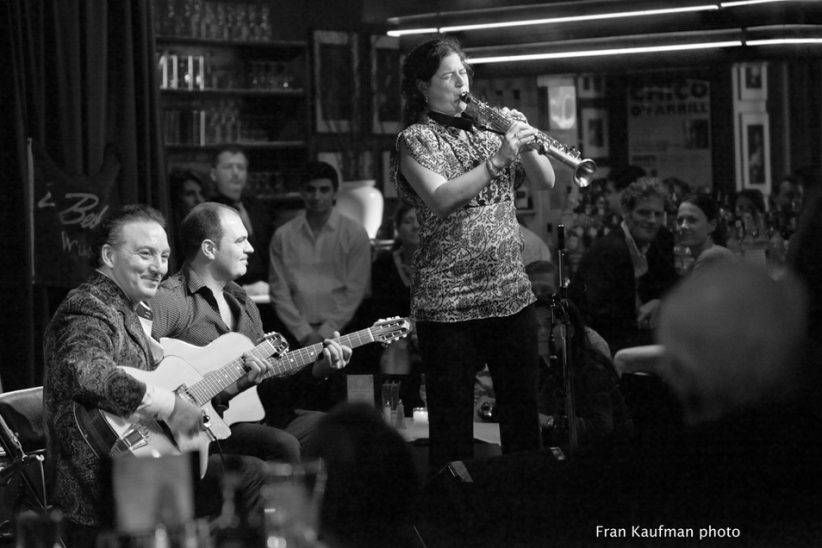 Dorado Schmitt, Samson Schmitt and Anat Cohen in performance at the Django Reinhardt Festival in NYC 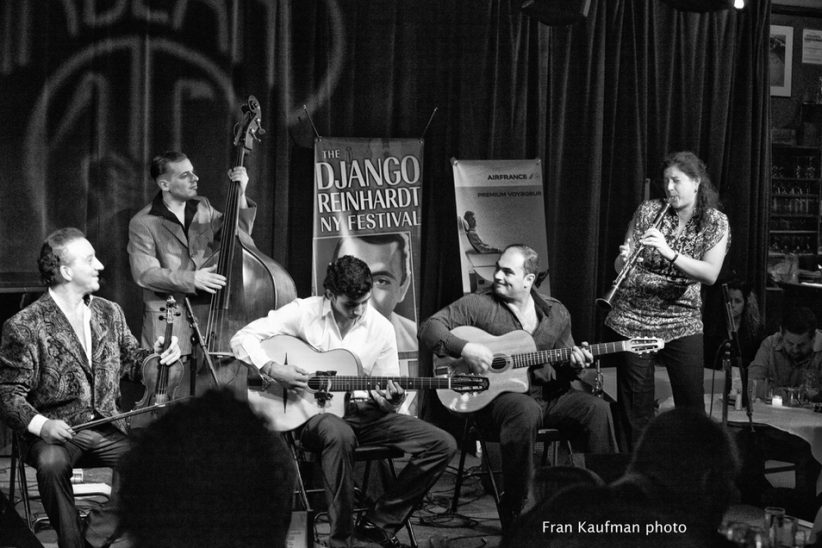 One of the joys of autumn in New York for the past eleven seasons has been the annual Django Reinhardt NY Festival, produced by Pat Philips and Ettore Stratta at Birdland. The week-long, always sold-out festival, pays tribute to the legendary gypsy jazz guitartist, who passed away in 1953. Since the inception of the Fetstival, the Schmitt family of Strausbourg, France, has been its centerpiece, playing Django’s music with American jazz giants.

I attended the Festival on November 5 this year, as the great reed player, Anat Cohen, was the guest artist, along with Dorado Schmitt and his two sons, Samson and 14-year old Amati, who was making his debut at the Festival.

From October 21 to 23, the BRIC JazzFest made a welcome return to its live in-person home at BRIC House on Fulton Street in Brooklyn, … END_OF_DOCUMENT_TOKEN_TO_BE_REPLACED

Like most live music events, the Montclair Jazz Festival was forced to do things a little differently this year. Normally, this free outdoor fest in … END_OF_DOCUMENT_TOKEN_TO_BE_REPLACED

The 27th Annual Vail Jazz Festival featured 47 live performances over the course of nine weeks in the renowned resort town of Vail, Colo. From … END_OF_DOCUMENT_TOKEN_TO_BE_REPLACED