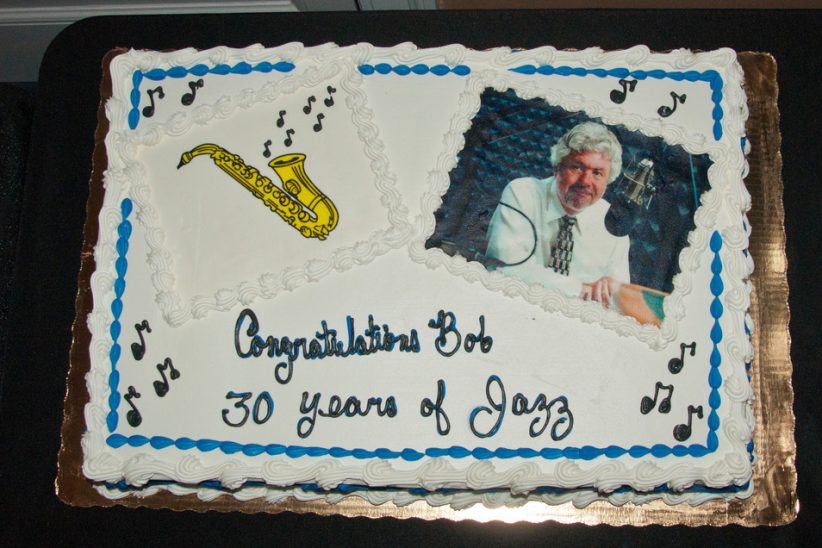 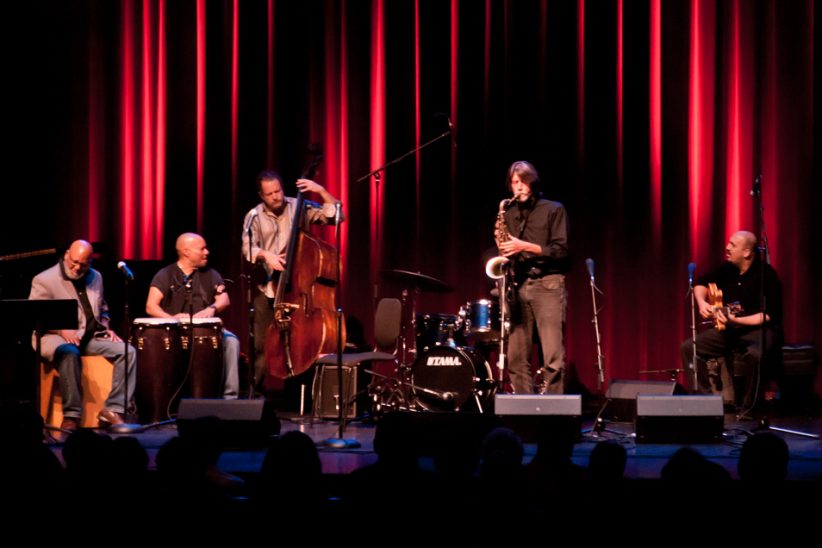 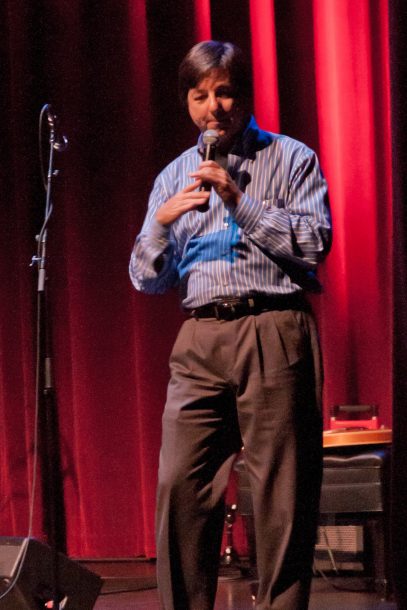 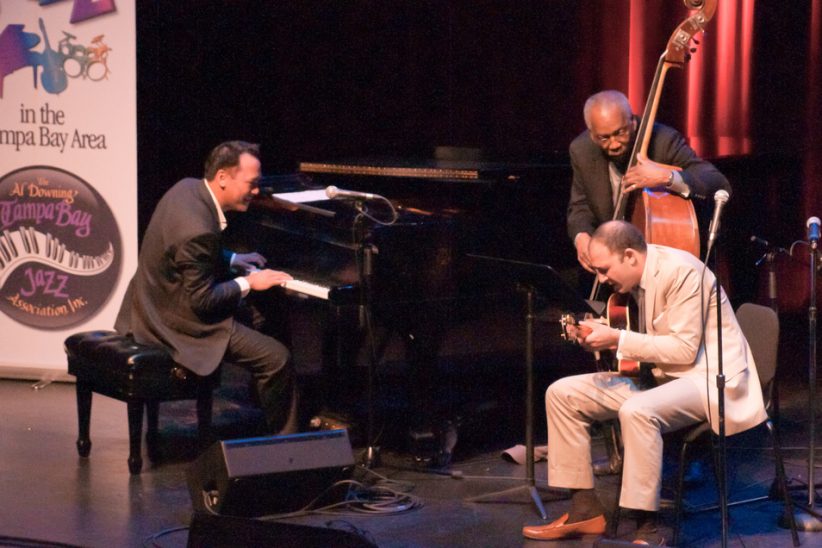 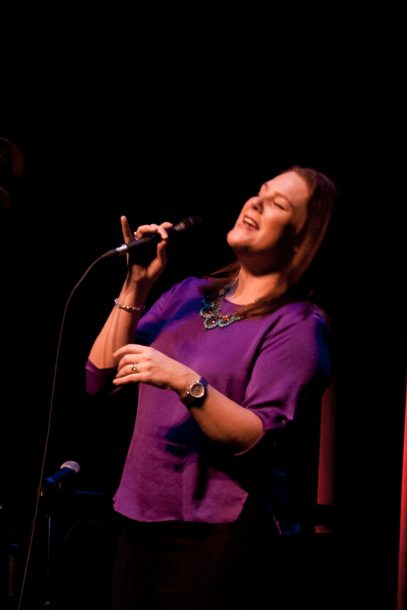 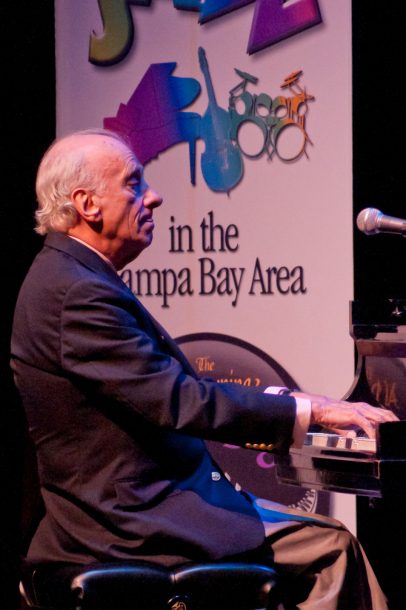 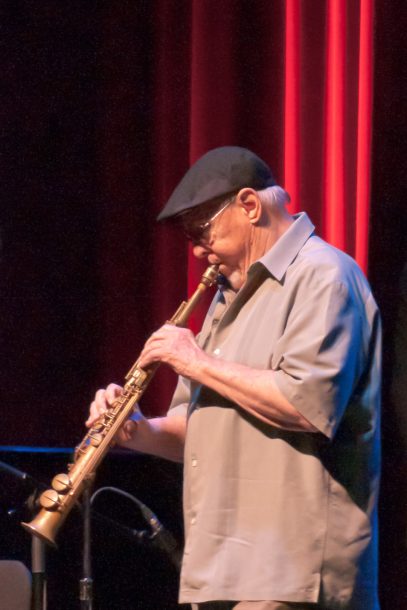 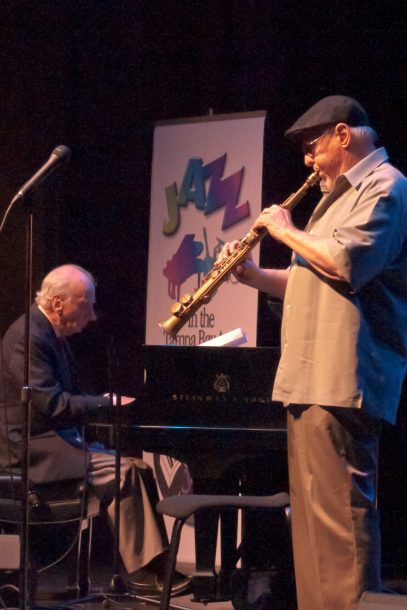 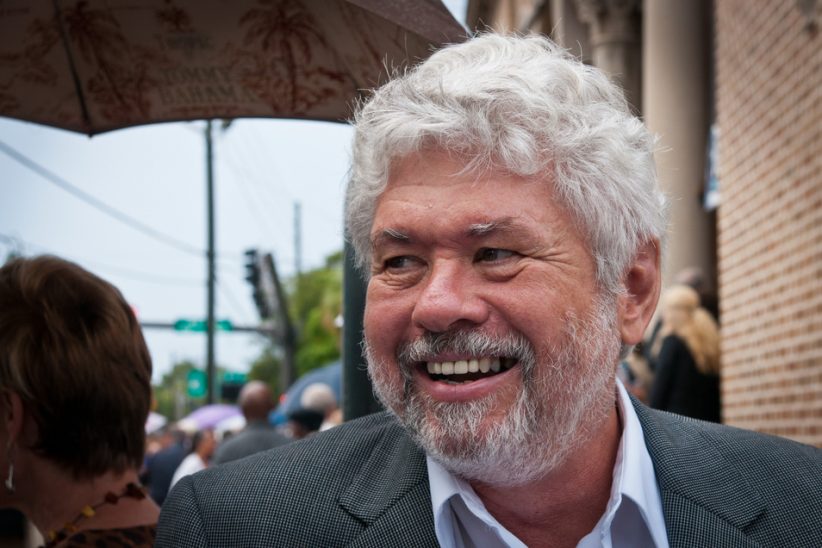 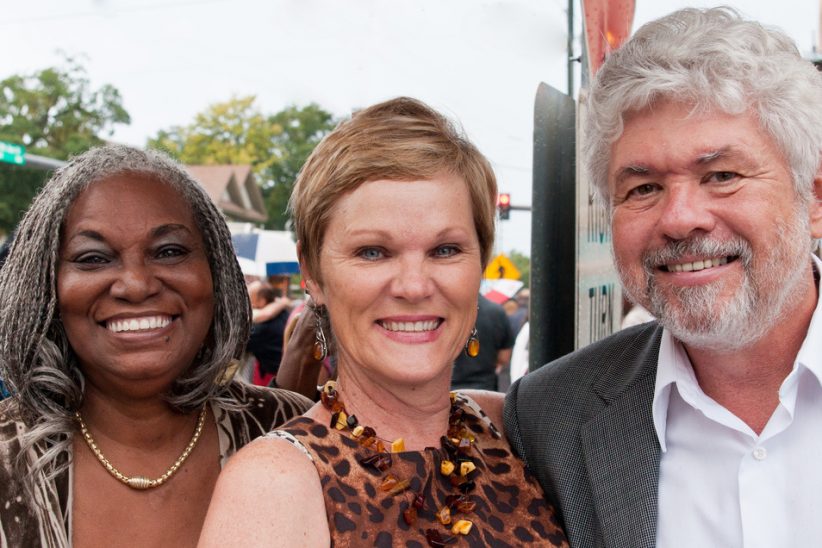 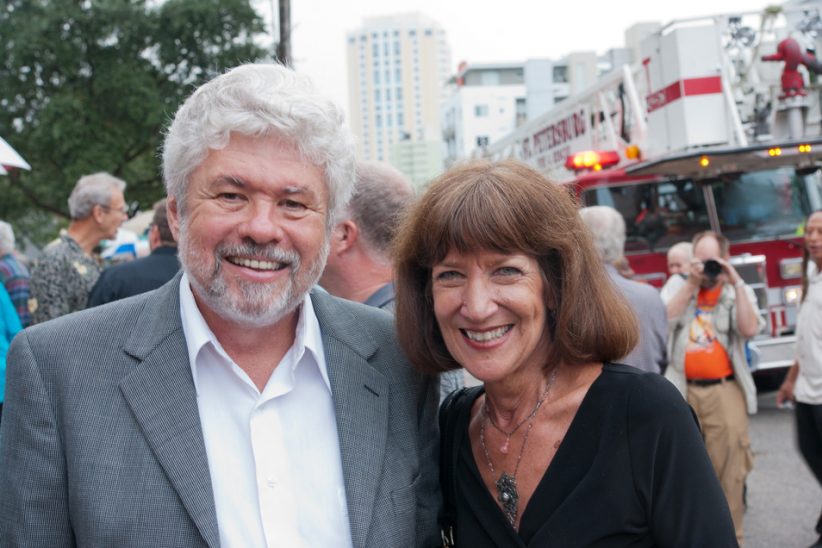 Bob and Mariam Seymour with fire truck in background 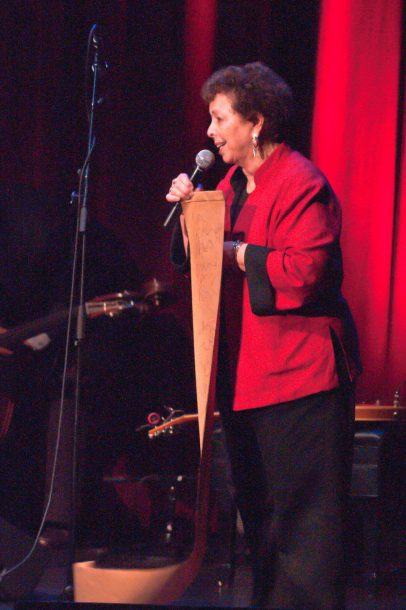 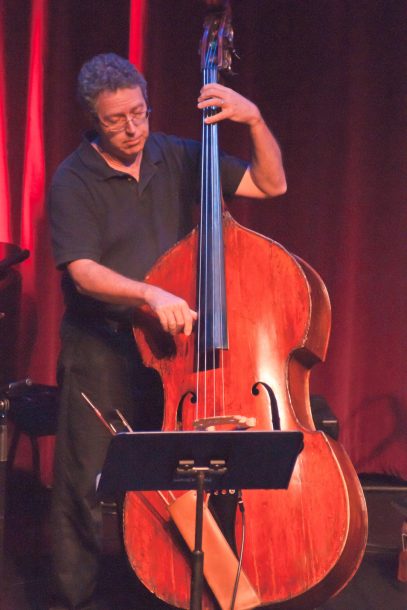 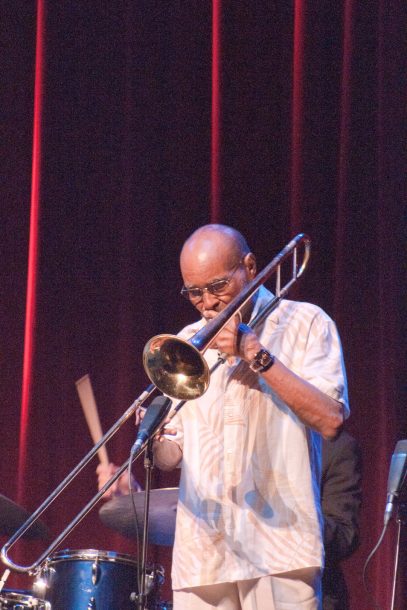 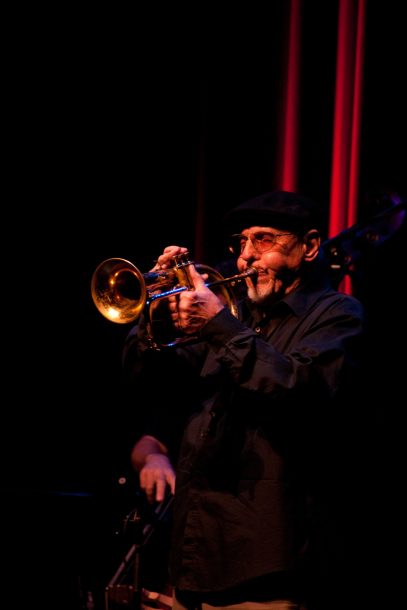 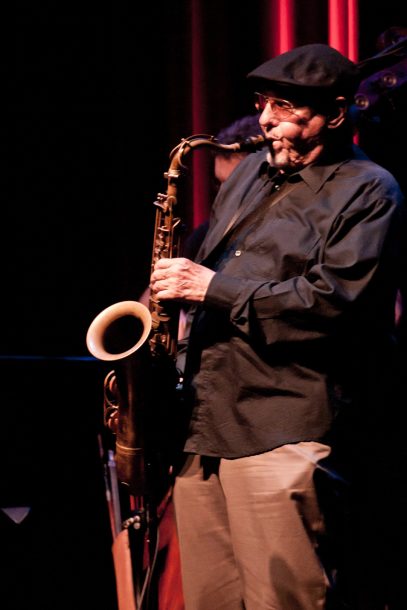 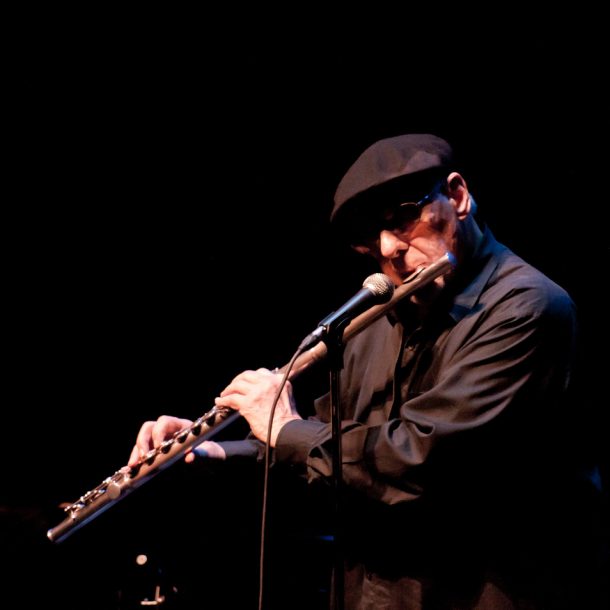 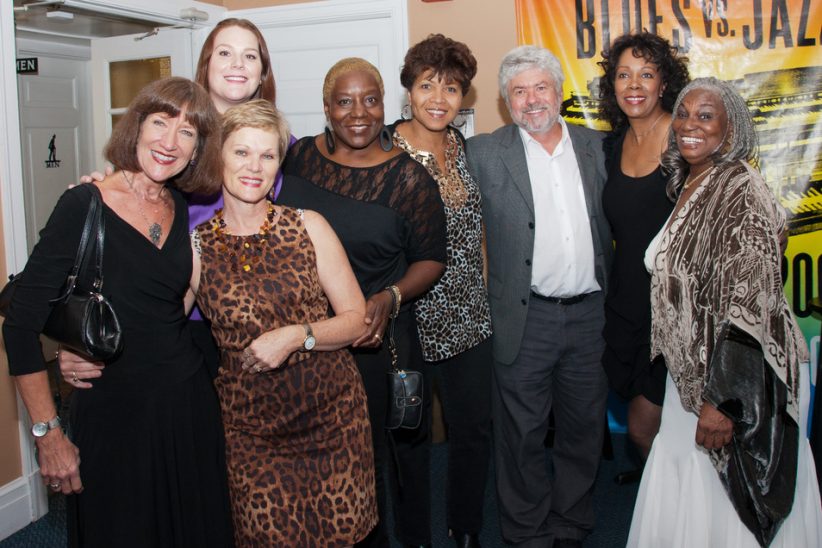 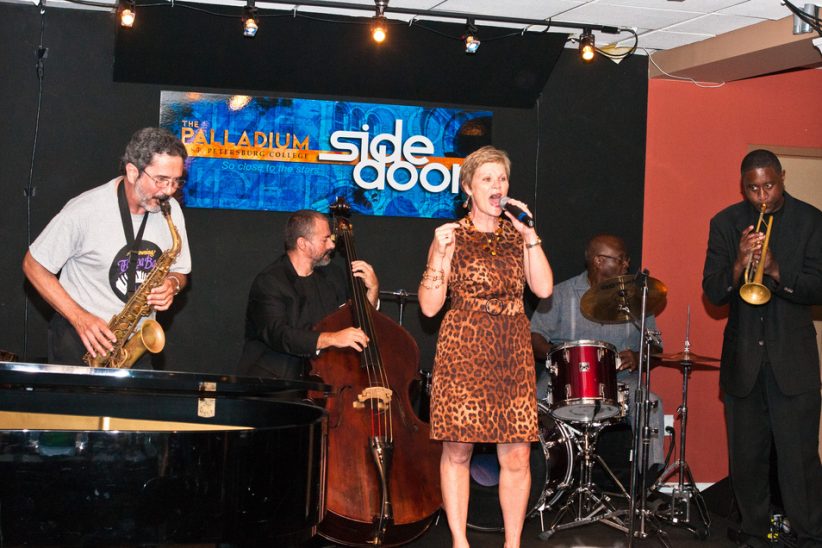 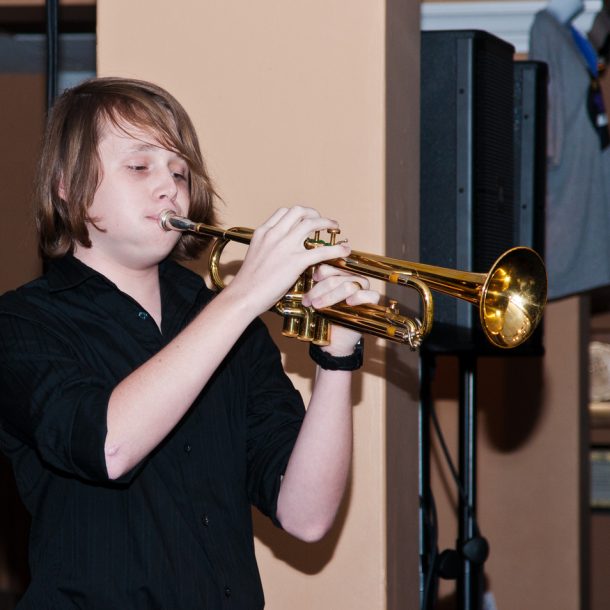 The Tampa Bay jazz scene was at the Palladium Theater in St. Petersburg, FL on Oct. 9, 2011 when local jazz musicians playing along with Dick Hyman and Ira Sullivan paid tribute to Bob Seymour, WUSF-FM jazz host for more than thirty years. The show had an extended intermission due to smoke being detected in the building. Rumor had it that the piano may have caught fire after Kym Purling’s rendition of “Sweet Georgia Brown.” His performance was followed by Dick Hyman’s soothing piano performance before he was joined by Ira Sullivan on soprano sax.

Following the show was a jam by other local musicians.

Herbie Hancock may be 82 years old, but that doesn’t seem to be slowing him down. The latest case in point: his headlining set at … END_OF_DOCUMENT_TOKEN_TO_BE_REPLACED

From April 29 to May 8, New Orleans’ Fair Grounds Race Course opened its gates to one of the world’s most famous music festivals for the … END_OF_DOCUMENT_TOKEN_TO_BE_REPLACED

A triple bill at Harlem’s Audubon Ballroom featuring Art Blakey, Thelonious Monk, and Macbeth the Great with his Creole Rhythm Boys. The only movie that … END_OF_DOCUMENT_TOKEN_TO_BE_REPLACED

From October 21 to 23, the BRIC JazzFest made a welcome return to its live in-person home at BRIC House on Fulton Street in Brooklyn, … END_OF_DOCUMENT_TOKEN_TO_BE_REPLACED