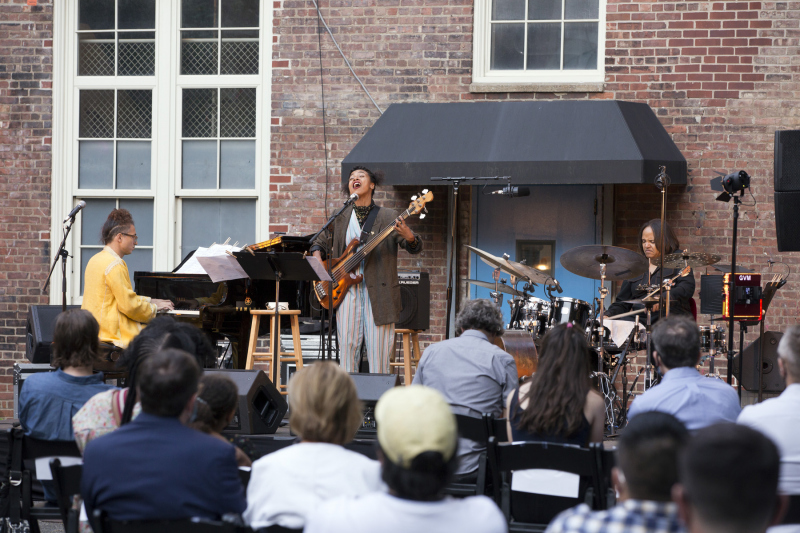 Last summer, for the first time since he founded it in 1954, George Wein wasn’t at the Newport Jazz Festival. Traveling from his Manhattan home … END_OF_DOCUMENT_TOKEN_TO_BE_REPLACED

The 2022 Vision Festival—edition number 26, “A Light in Darkness”—took place from June 21 to June 26 in New York City, including hundreds of performers … END_OF_DOCUMENT_TOKEN_TO_BE_REPLACED

Herbie Hancock may be 82 years old, but that doesn’t seem to be slowing him down. The latest case in point: his headlining set at … END_OF_DOCUMENT_TOKEN_TO_BE_REPLACED

From April 29 to May 8, New Orleans’ Fair Grounds Race Course opened its gates to one of the world’s most famous music festivals for the … END_OF_DOCUMENT_TOKEN_TO_BE_REPLACED