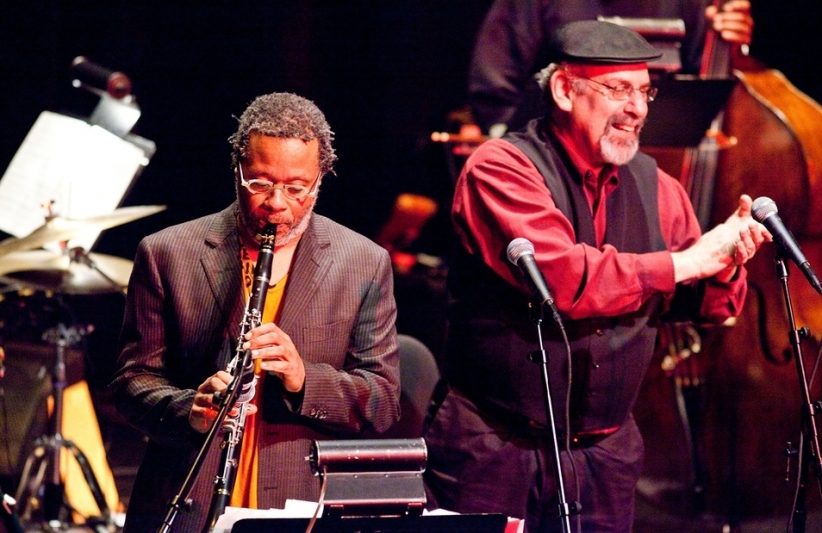 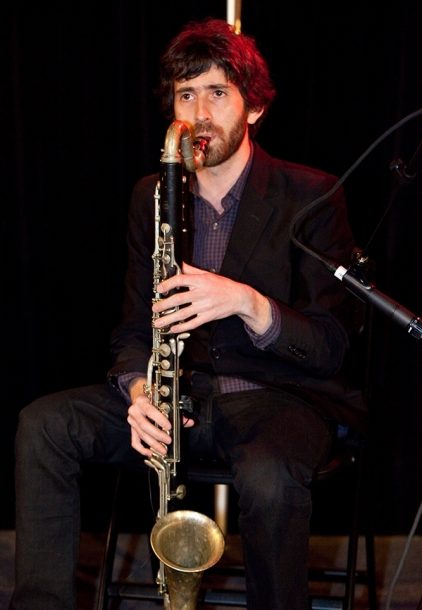 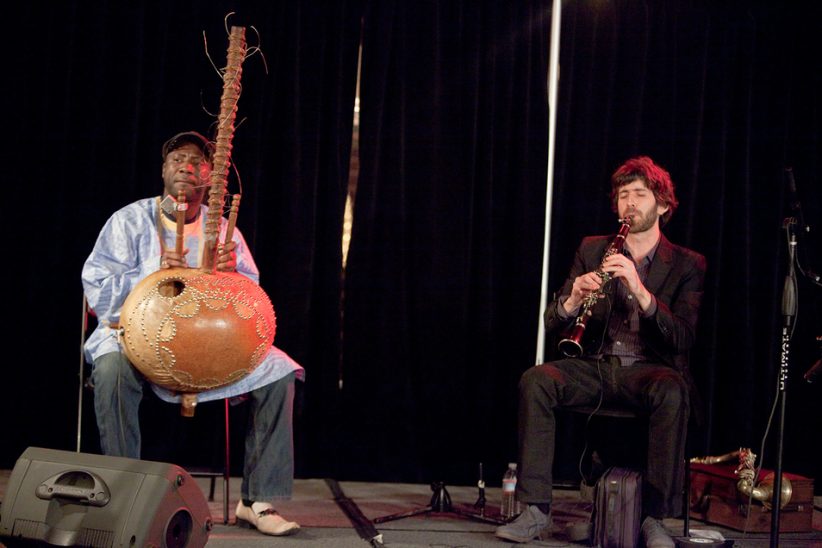 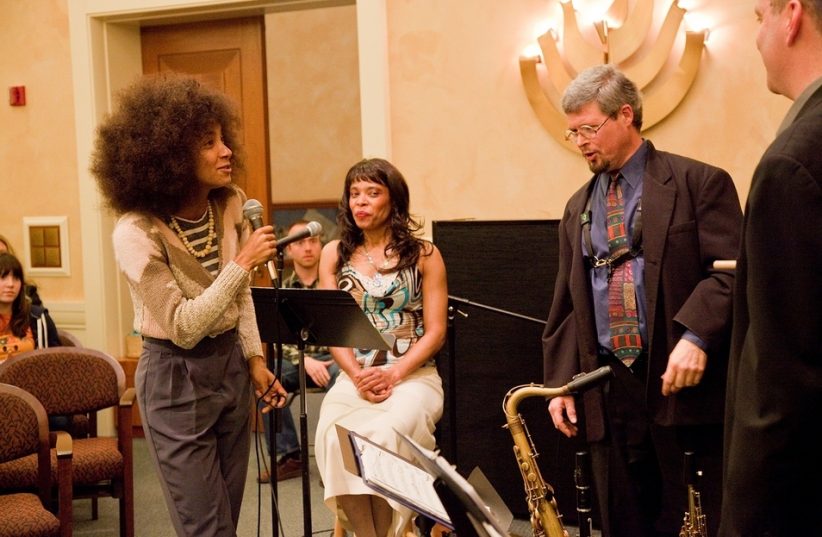 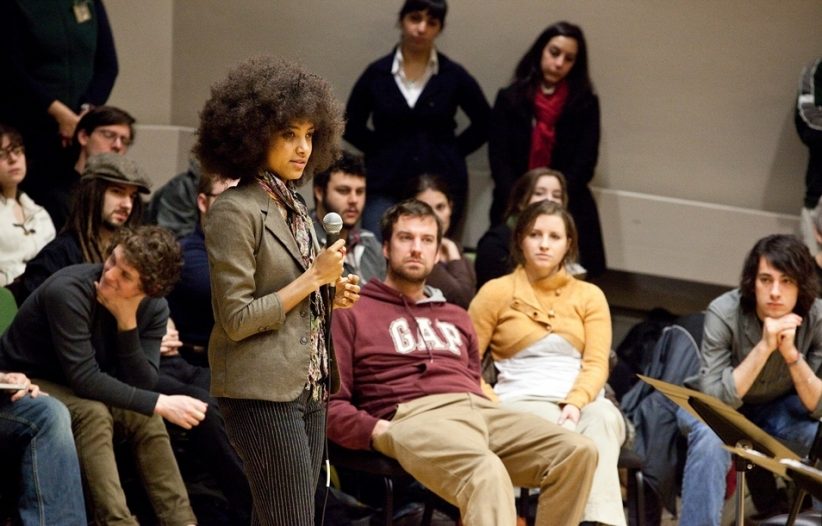 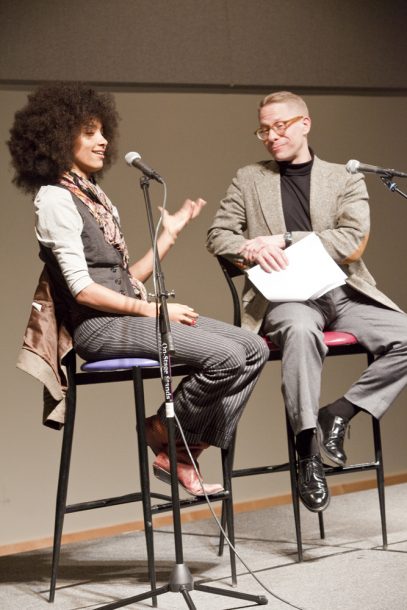 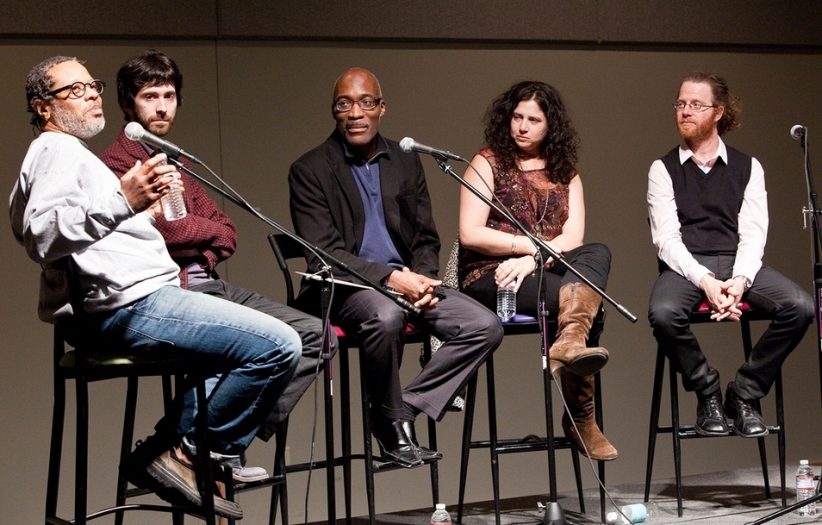 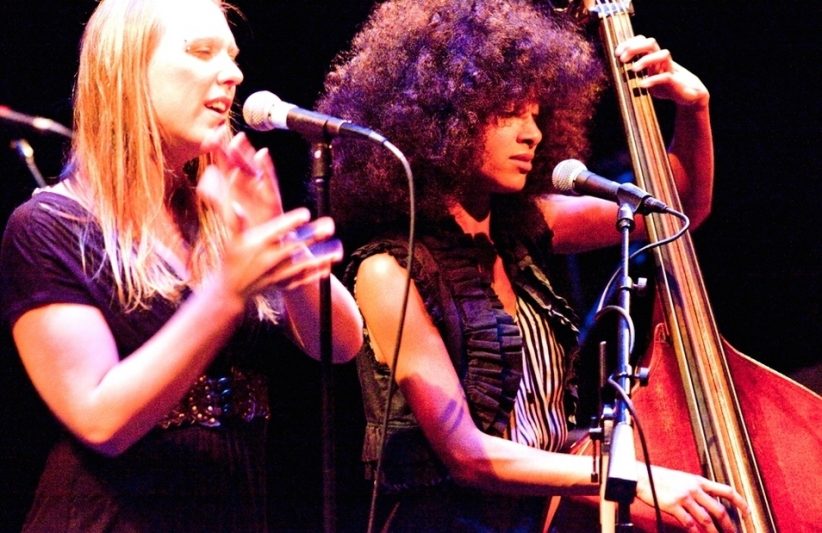 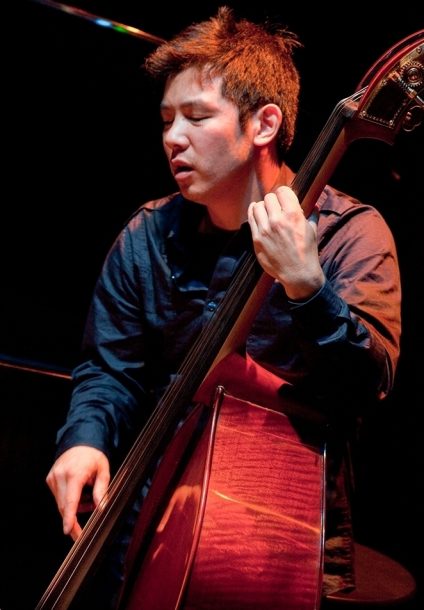 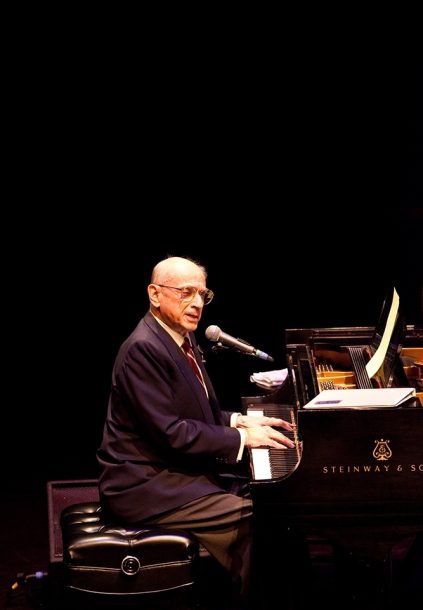 This year’s 8th Alaska Airlines Portland Jazz Festival Presented by U.S. Bank featured over 120 events in 30 plus venues over an 11 day period. Certainly the timing of Esperanza Spalding’s arrival less than two weeks after her Grammy coup was auspicious. She packed Portland State University with her mentor Darrell Grant in doing a series of workshops geared for music students prior to her doing community outreach as part of Grant’s curated “The Incredible Journey of Jazz” which was presented in Portland area middle schools and Congregation Beth Israel which tied into the festival’s “Bridges & Boundaries: Jewish & African Americans Playing Jazz.”

All photos here are by Fran Kaufman.

Last summer, for the first time since he founded it in 1954, George Wein wasn’t at the Newport Jazz Festival. Traveling from his Manhattan home … END_OF_DOCUMENT_TOKEN_TO_BE_REPLACED

The 2022 Vision Festival—edition number 26, “A Light in Darkness”—took place from June 21 to June 26 in New York City, including hundreds of performers … END_OF_DOCUMENT_TOKEN_TO_BE_REPLACED

Herbie Hancock may be 82 years old, but that doesn’t seem to be slowing him down. The latest case in point: his headlining set at … END_OF_DOCUMENT_TOKEN_TO_BE_REPLACED