Skip to content
Become a member and get exclusive access to articles, live sessions and more!
Start Your Free Trial
Home > Features > Where Are the Female Jazz Critics? 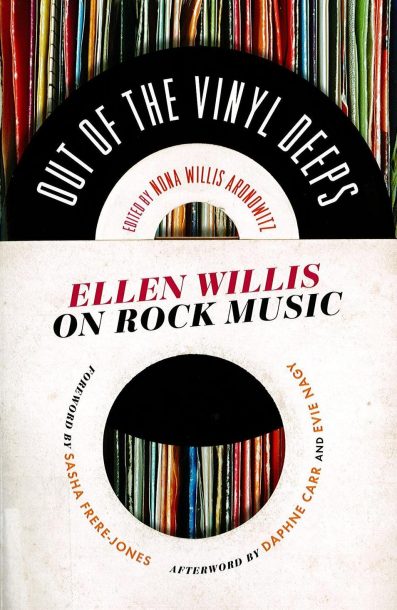 "Out of the Vinyl Deeps: Ellen Willis on Rock Music" 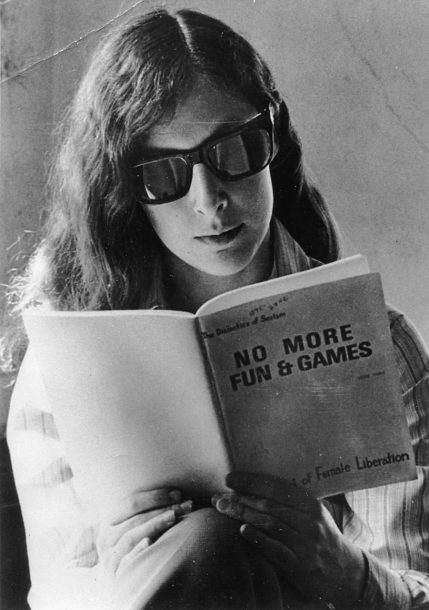 If you’re familiar with the Irving Berlin chestnut “I Got Lost in His Arms,” you probably know it from the musical Annie Get Your Gun. Maybe you’ve heard it mangled by a high-school glee club or finessed by someone like Julie London. Or, esteemed JazzTimes reader, perhaps you’ve heard the version evenly crooned by Gretchen Parlato on Terri Lyne Carrington’s new album, The Mosaic Project (Concord Jazz), in a style Berlin could never have envisioned. Like much of the album, it’s terse and self-assured; like the album’s entirety, it’s the product of an all-female personnel.

I got to thinking about The Mosaic Project recently, and about a quote from Carrington, the suave postbop drummer, in its press bio. “If I had tried to do something like this in the past-like when I started playing 25 years ago-I might have felt limited by the pool of available musicians,” she said. “But now there are so many talented women whom I’ve been playing with anyway-not just because they’re women but because I love the way they play.” Right on, I thought. If only the same were true for jazz criticism.

Pardon me for propping up an old grievance, but the perpetual shortage of influential female jazz critics has been really bothering me of late. It should bother you too. Not simply for reasons of gender parity; not because of the dictates and quotas of political correctness. You should care because our discourse lacks an illuminating perspective. Without prominent women working visibly and steadily in jazz criticism, the field has long been intractably imbalanced. If you believe as I do that robust criticism is crucial to the life of any art form, this is a deficiency with implications for all of jazz.

Thankfully we do have a (very) small handful of exceptions today, like Lara Pellegrinelli at NPR and Jennifer Odell at DownBeat and the Times-Picayune-informed, perceptive journalists with an aim to reach both the cognoscenti and the hoi polloi. And academia now presents a more heartening picture: There’s no way to inhabit the discipline of jazz studies without absorbing the work of Ingrid Monson, Farah Jasmine Griffin and Penny Von Eschen. But Pellegrinelli, an academic herself, mostly sticks to profile and feature writing, and Odell doesn’t get nearly enough space as a critic.

Consider what might have been, with even just one excellent female critic in an enfranchised position over the last 60 years. What would such a figure have made of the “soft” perceptions of 1950s West Coast jazz? What about Miles Davis, and his journey from “Someday My Prince Will Come” to “Back Seat Betty”? What new, non-worshipful insights might have coalesced around divas like Betty Carter and Sarah Vaughan? How might such a critic have interrogated the masculinist undercurrent of the Young Lions movement-or, for that matter, the alpha-heroic aura of Wynton Marsalis?

For an illustrative contrast, look at the current landscape of pop criticism, which has produced plenty of compelling female voices, including Ann Powers, former chief pop critic for the Los Angeles Times, now filing for NPR; Maura Johnston, music editor at the Village Voice; and Jessica Hopper, Chicago Reader critic. These and other writers bring a clear intelligence to their task, along with a distinctly female perspective.

Some would argue that the nature of pop lends itself to this angle more than jazz. In the introduction to his important 2006 book Blowin’ Hot and Cool: Jazz and Its Critics (University of Chicago), John Gennari bemoans the omission of women therein, noting that jazz culture has always favored “a concept of criticism that stresses taut discipline, rationality, and judiciousness-qualities assumed to be part of a masculine intellectual seriousness set off from the infantilized and feminized emotional realm of mass popular culture.”

Then he mentions two pioneering outliers: Helen Oakley Dance, who wrote for DownBeat in the 1930s, even as she produced Duke Ellington’s small-group recordings; and Valerie Wilmer, who chronicled the 1960s avant-garde. “It’s important to recognize the work produced by these women as quality work, not just as women’s work,” Gennari writes. “But it’s also important to recognize how such work might be different because it has been produced by women working in a realm dominated by men and by patriarchal ideologies.”

These issues were recently thrown into high contrast for me by the publication of Out of the Vinyl Deeps: Ellen Willis on Rock Music (Univ. of Minnesota Press). Willis, who died five years ago at 64, was the New Yorker‘s first pop critic, a writer of resolute conviction. Her anthology, long overdue, puts to rest the notion that a female critic has to compromise, masking her gender or softening her authority.

One essay in the book about Creedence Clearwater Revival opens with the image of Willis dancing alone in her room to the band’s recordings-a fan’s indulgence-before locking in on some sharp critique. She seems as surprised as anyone when she compares CCR’s John Fogerty favorably to both Bob Dylan and Mick Jagger. “Jagger’s male power trip is alienating,” she writes, “and the fact that he obviously doesn’t take it all seriously only makes it worse; at some point I discovered in myself an unsuspected frustrated need to know that there was a human being under all those layers of irony.”

Willis, like Oakley Dance, eventually abandoned music criticism for feminist causes. Which is one reason for the shroud of obscurity that hangs over both women’s contributions. That’s now changing in Willis’ case. So what would it take to get similar recognition for Oakley Dance, whose archives-along with those of her late husband, longtime JazzTimes contributor and book-reviews editor Stanley Dance-are housed at Yale? A modest start would be some sort of commemorative gesture from DownBeat. Maybe in 2013, the centenary of her birth.

Meanwhile, The Mosaic Project reflects a reality in which more progress has been made among musicians than among critics. This too can change. When Irving Berlin wrote “I Got Lost in His Arms,” he was picturing a no-nonsense heroine-another Oakley, as it happens-who was empowered to speak her mind, conventions be damned, even as she got her man. You could take or leave that last part, but still, we need to encourage more of her kind in jazz criticism. Get your gun, indeed.

First the good news: As you can see in our annual Festival Guide, there are plenty of jazz festivals scheduled to happen around the world … END_OF_DOCUMENT_TOKEN_TO_BE_REPLACED

Steve Lacy was once a brilliant bebop player. Yet conventional wisdom says the opposite. Many have long argued that a key to the innovative soprano … END_OF_DOCUMENT_TOKEN_TO_BE_REPLACED

What is a jazz film? Does it have to be a film about jazz and the people who play it? Or can it also be … END_OF_DOCUMENT_TOKEN_TO_BE_REPLACED

Films that tell stories about jazz open a revealing window on the place and perception of the music within popular culture. See Kevin Whitehead’s compelling … END_OF_DOCUMENT_TOKEN_TO_BE_REPLACED