Skip to content
Become a member and get exclusive access to articles, live sessions and more!
Start Your Free Trial
Home > Features > We Speak African: Arturo O’Farrill on U.S./Cuba Exchange 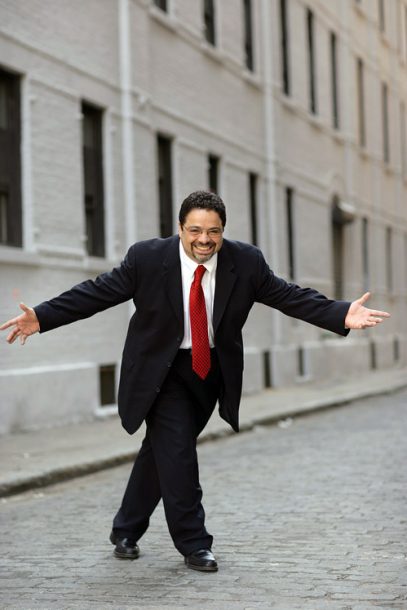 In 1947, Chano Pozo and Dizzy Gillespie began a conversation. Looking for an exotic flavor to spice up his music, Dizzy had asked Mario Bauzá to recommend a percussionist. The two hit it off, and Dizzy is famously quoted as saying, “He doesn’t speak English and I don’t speak Spanish but we both speak African.”

Dizzy was on to something. He and Chano recognized themselves in each other. Neither saw the other’s music as a subset of his own art. Quite the opposite, they discovered vital information-a missing piece in their understanding of themselves and where they came from musically.

Frequently, in order to understand where one is going, one must know where one is coming from. And thus the conversation began in earnest that was charting the future directions and possibilities for this great art form.

Then, in the proverbial words of the prophets, shit happened. Chano was murdered in a bar in ’48. One governing ideology was traded for another and a great divorce ensued. Two peoples that were in love with each other culturally were separated and the conversation was disrupted. In time, even the great Dizzy Gillespie joined the ancestors.

Oh, we still have some semblance of the conversation. Jazz institutions and festivals have their 10-15 percent of total programming devoted to “Latin” jazz, but it is still largely ignored by jazz education programs. Let’s face it: Most of those don’t understand the premise that Diz and Chano were beginning to see, that these two musical traditions were actually so interwoven they were essentially two sides of the same coin.

Most jazz musicians look upon Cuban music with great interest. They put on their lab coats and remark on how exotic those crazy rhythms are. Latin musicians put jazz on a marble pedestal and venerate the mighty gringos and their spang-a-lang. Neither side is fully accepting of the other; neither side understands that we are coinheritors of a mighty river that flows from the richness of Africa. We are like blind men who think that the trunk we are feeling is the elephant.

The really silly ones insist that they own or are the elephant. In these dark days we still have folks running around saying that jazz is an American invention and America’s classical music. You can no more say that than call classical music an invention of Austria. Jazz is an infinite ocean born of a cataclysm called the slave trade, a shout of victory over the oppression and suffering that took place throughout the Americas. It doesn’t do well in the halls of elitism and nationalism. It is a universal truth owned by no man and no country. By the way, jazz doesn’t need to be called classical music-it is already art of the highest form.

Then there are those who use jazz to demonstrate and defend their particular political ideology. Their love of capitalism has blinded them to the troubling images of mass incarceration, the shootings of unarmed minority youths and the ever-widening income inequality and polarization that we Americans are now famous for. Is this what we want jazz to represent?

Don’t get me wrong. I love my nation, my city, my block. But I love it for precisely the same reason I love Cuba: because of the amazing diversity of colors, aesthetics and viewpoints. However, there are always those who yell the loudest, demand attention and commandeer the conversation for their gain.

Opening up Cuba, the re-engagement of the conversation has incredible implications. We’ll be forced to acknowledge generations of musicians for whom African folkloric forms are not seen as something to evolve from but something to return to, and to acknowledge a people who are achieving at the highest levels in the arts, education, medicine and culture, all without motivations of profit or (that destructive word) career. For there is little hope of achieving either in their poor but rich nation.

We will be forced to acknowledge that even though we have everything we are starving, and even though they have nothing they are gorging on the richest of all human achievements-love of pueblo, love of community. All for all; if my neighbor has need, then I am incomplete. Quite different from our fixation on record deals, unit sales, career objectives, the education product and so many other noisemakers that distract us from the original purposes of our lives: to make music, to create art, to progress and to use our God-given gifts for healing-not for branding. We cannot keep what we truly don’t own. We can only give it away and pray that it inspires the same behavior in others. If enough of us do this, the world will change.

Who knows where it will lead? Peru, Colombia, India, the world? One can only hope!

Organ trios and quartets were ubiquitous by the mid-1960s. In African American neighborhood bars and clubs up and down the East Coast, throughout the Rust … END_OF_DOCUMENT_TOKEN_TO_BE_REPLACED

Terence Blanchard looked around the restaurant table and launched into a gentle sermon about jazz education in Detroit that was part homily, part pep talk, … END_OF_DOCUMENT_TOKEN_TO_BE_REPLACED

Creating a program of solo piano music is the ultimate challenge for any improvising pianist. The music on my latest album, Ways of Disappearing (Sunnyside), … END_OF_DOCUMENT_TOKEN_TO_BE_REPLACED

First the good news: As you can see in our annual Festival Guide, there are plenty of jazz festivals scheduled to happen around the world … END_OF_DOCUMENT_TOKEN_TO_BE_REPLACED