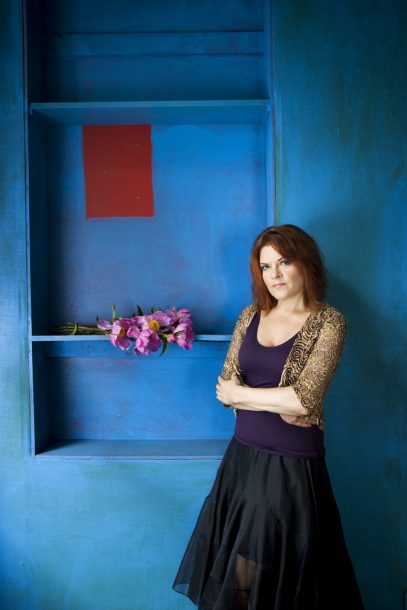 The restorative powers of music are being increasingly documented—as, for instance, in the Louis Armstrong Music Therapy program at New York’s Beth Israel Medical Center. But music can be used to torture, as I’ve discovered in my day job, reporting on the CIA’s “enhanced interrogations” in its allegedly closed secret prisons and during its “renditions.” The latter violations of international laws and our own involve kidnapping terrorism suspects and storing them in foreign prisons specializing in torture. There, music played incessantly at unremittingly high volume can “break” any prisoner.

I’ve written a number of syndicated columns about British citizen Binyam Mohamed who, finally released after years without charges, recalls his CIA experiences in our own overseas prison in Kabul, Afghanistan, and during “renditions”: “It was pitch black. … They hung me up for two days. My legs had swollen. My wrists and hands had gone numb. … There was loud music [by] Slim Shady and Dr. Dre for 29 days. … It got really spooky in this black hole.”

Since the CIA’s playlists are classified as “state secrets” (as are many other details of President Obama’s continuation of the Bush-Cheney “renditions”), I don’t know if any jazz combos, classic or cutting-edge, have been torture apprentices. But I expect that any of us for whom music of any category is a vital life force, would agree with Tom Morello of Rage Against the Machine (reported by Andy Worthington on commondreams.org on Oct. 23): “The fact that music I helped create was used as a tactic against humanity sickens me. We need to end torture.” And Rosanne Cash, phoning the Washington Post, adds: “I think every musician should be involved. … Music should never be used as torture. … It’s beyond the pale. It’s hard to even think about.”

Cash’s call to the Washington Post resulted in this report by Eva Rodriguez there on Oct. 29: “Rosanne and crew filed Freedom of Information requests with some 10 U.S. agencies demanding all records pertaining to ‘the use of loud music during detention and/or as technique to interrogate detainees at U.S.-operated prison facilities in its War on Terror at Guantanamo, Iraq and Afghanistan during 2002 to the present.” (They omitted the CIA secret prisons.)

Note that her FOIA request was made toward the end of 2009! Soon after taking office, President Obama pledged to end the Bush-Cheney no-longer-secret practice of torture. So why are he and his CIA director, Leon Panetta, continuing CIA “renditions”? They won’t tell us, despite Obama also promising to stop the Bush administration’s use of “state secrets” to end court trials involving torture before any evidence is even heard.

But Obama is vigorously wielding the “state secrets” privilege in several so far aborted court cases in which his administration demands secrecy even beyond the Bush-Cheney Justice Department. So we may never know who else is on those CIA playlists-and which CIA music critics put them there. We do know this from Andy Worthington on commondreams.org about further musicians’ protests: “As was reported widely yesterday, also launching a formal protest against the use of music as torture were REM, Pearl Jam, Trent Reznor … Jackson Browne, Billy Bragg, Michelle Branch, T-Bone Burnett, David Byrne, Rosanne Cash, Marc Cohn, Steve Earle, the Entrance Band, Joe Henry, Bonnie Raitt, Rage Against the Machine, and The Roots.”

I don’t know if any of them are on President Obama’s iPod, but I’ve heard that John Coltrane is, among other jazz musicians. This prez obviously cares about music. Since he has continued the “legal black holes” of “renditions,” is he at all troubled by the possibility that other terrorism suspects are being relentlessly assaulted by music in what the CIA used to call “black sites”?

This formal request by these musicians—also demanding song titles [for royalties?]—was filed by the valuable non-government National Security Archive in Washington. It has a good track record on penetrating government secrets, and I am impressed that this large part of the music community has done more than express “disgust” (Rosanne Cash’s term) at the defilement of their music by their own government. They’re actually trying to do something about it. Jazz musicians should not sit on the sidelines, but should get involved too. Jazz is an expression of freedom and the way music has been used in these facilities is an affront to that freedom and our rule of law.

If you want to know more about the extent and depth of torture in our name, the most definitive book so far is Administration of Torture: A Documentary Record from Washington to Abu Ghraib and Beyond by Jameel Jaffer and Amrit Singh of the American Civil Liberties Union (Columbia University Press).

Included are official autopsy reports (detailing the tortures), e-mails from FBI agents in the field aghast at these practices and interrogation directives, among many other government documents. Says one dedicated interrogator, describing preferred techniques: “sleep deprivation, white noise … fear of dogs and snakes appear to work nicely. I firmly agree that the gloves need to come off.” That last phrase is exactly what Dick Cheney said soon after 9/11. There are musicians, including many jazz musicians, who have the ear of Barack Obama. I wish they’d tell him—as Bessie Smith, Louis Armstrong, Dizzy Gillespie and John Coltrane would have—”Dammit, put those gloves back on!”

In spring 1963, when Coleman Hawkins was 58 and making some of the most astonishing music of his career, he gave a short but revealing … END_OF_DOCUMENT_TOKEN_TO_BE_REPLACED

Forgive me if I’ve mentioned this before (perhaps repeatedly), but I’ve been playing guitar now for more than 40 years. So when the time comes … END_OF_DOCUMENT_TOKEN_TO_BE_REPLACED

Organ trios and quartets were ubiquitous by the mid-1960s. In African American neighborhood bars and clubs up and down the East Coast, throughout the Rust … END_OF_DOCUMENT_TOKEN_TO_BE_REPLACED

Terence Blanchard looked around the restaurant table and launched into a gentle sermon about jazz education in Detroit that was part homily, part pep talk, … END_OF_DOCUMENT_TOKEN_TO_BE_REPLACED