Skip to content
Become a member and get exclusive access to articles, live sessions and more!
Start Your Free Trial
Home > Features > Three Views of the Blues & the “International” in Jazz Fest: Day 6 at the 34th Montreal Jazz Festival 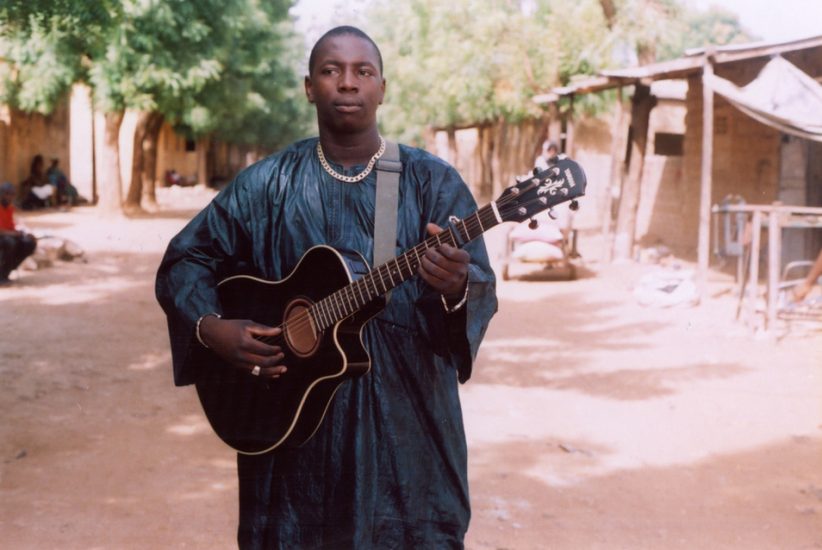 It seems to me that one of the primary reasons one attends the Festival INTERNATIONAL de Jazz de Montreal it’s partly because you know you can’t visit all the parts of the world that you’d like to, so you know that if you just situate yourself in one place, in this case the Place des Artes in Montreal’s city center, the world will come to you. On this, my second day attending the 2013 Montreal Jazz Festival, I not only found myself visiting different parts of the world but dong a bit of time travelling too. I’ll try to explain.

I started the day in search of hard to find recordings that might not be easily obtainable in my home base of New York. I always find rare music when I attend the Montreal festival because there are imports that don’t automatically come to stores in NYC, lots of local music, and self-produced recordings by the artists performing at the festival. Plus, and this is no small point, there are two huge record stores (Archambault and HMV) on St. Catherine Street with massive jazz sections and actual human beings that know the music and will happily help you find what you are looking for. Imagine that! The shop that sells CDs in large volume is almost a thing of the past and I certainly don’t mind downloading music and searching online, but there’s something about that human interaction with a real music lover and expert who knows and loves his local scene and can direct you to find what you want and need. I even got some suggestions on shows I should see during the festival that I might not have known about. With a dozen CD’s and a couple of DVD’s in hand I was off to take in some of that music live.

I found myself taking a magical tour of what I’ll call “Bluesland,” that netherworld that is the source from which springs most of the music I’ve loved over the years. First I made contact with one of Quebec’s blues treasures, and never doubt that this province LOVES the blues, the veteran of stages around the world for over two decades, Angel Forrest. This lady channels Janis Joplin in a major way and even recorded a live album in Montreal a few years ago that was a tribute to Joplin. In this case she was belting out the tunes from her new album Mother Tongue Blues and taking us all back to the sound of the ’70’s. The thousands of fans in front of the Scene Loto-Quebec stage who cheered her on were there for that blues and soul energy and they were not disappointed. After a taste of the blues Quebec-style I was off to hear an artist that could take me back to the very beginning, the absolute source…Mali.

The large, two-level venue known as Club Soda is no little juke joint. It’s massive by usual club standards and was packed to the rafters when I entered to take in the show by the son of Malian music legend Ali Farka Toure, Vieux Farka Toure, and his quartet of fellow Malian’s whose message is “Here’s the history of the music you love and would you like to dance to it?” Toure plays a solid body electric alongside another guitarist who plays an acoustic with pick-ups, both set in an open tuning to add to the drone effect. Vieux Farka Toure plays lines that would make Hendrix, McLaughlin, Clapton or Beck proud. The two guitarists were backed by a thunderous electric bass that provided not only the low frequencies, but also much of the percussion that a kick drum might have. And seated on the floor was a percussionist who played a large pod wrapped in tape on which he tapped with two small sticks and his hands, providing all the beat the band would need. To complete the effect the band was dressed in traditional Malian clothes just to reinforce the fact that we were being taken back to the source. Much of the music during the set was from Toure’s latest album Mon Pays but it probably could have been music from over a century ago when the rhythms, melodies, harmonies and soul of the blues was first created with non-electric stringed instruments and percussion in that magical West African region. If anyone ever wondered where the blues, then jazz and rock & roll of course, came from all you need to do is hear the music of Vieux Farka Toure and your questions will be answered.

I was off to hear one more view of the blues by Frenchman Nicolas Repac but along the way I took in some of the set by Quebec’s own Roberto Lopez Afro-Colombian Orchestra, an 8-piece aggregation that brought more of the “International” into this International Jazz Festival with their authentic Latin style. They filled the air with their Juno Award-nominated music from the album Azul. The scene in front of the Scene Bell stage with the city all around and a dancing crowd digging the Latin groove was hard to leave but I didn’t want to miss a minute of the presentation by Nicolas Repac at one of the newest venues in the Place des Artes, the club L’Astral in the Maison du Festival, the building that houses the headquarters of the Montreal Jazz Festival. The Maison du Festival also features a museum with lots of cool displays celebrating major events in the 34-year history of the festival including Ella Fitzgerald’s songlist from a previous show, Pat Metheny’s autographed guitar, a colorful coat that Miles Davis wore on stage in Montreal, pictures and signed items from local heroes like Oscar Peterson and Leonard Cohen and much more. A trip to the museum is time well spent.

Upon entering the Club L’Astral it was obvious from the stage setup that something different was going to happen. I’d heard that Nicolas Repac’s latest release Black Box addressed the blues in some way, similarly to the way his album Swing Swing had dealt with jazz, so I was intrigued partly because of the title. Indeed, there on stage, was a “Black Box.” How would this come into play we’d see when the show began. Nicolas Repac strikes me as a man from another planet who simply visits Earth to observe and comment on what he sees. He’s a fine guitarist with rock and blues at the core of his style and a multi-instrumentalist who created all the sound associated with Black Box. When the performance began he took the stage and entered the box which was transformed via video projection into a jail cell. What transpired for the next hour was a musical/visual statement that seemed to address the blues from the perspective of oppressed people down through the ages from all over the world as well as apparently worlds unknown occupied by seemingly lost tribes. I suppose this comes from the department of “you had to be there,” but it all seemed very clear as the performance moved from work songs and field hollers from the American South to the voices of long, lost souls from the Middle East, Africa, The Caribbean, First Nation Americans and who knows who or where to be honest! All of this was interwoven with electro-acoustic grooves pre-recorded by Mr. Repac embellished with his live performance on guitar, percussion and various wind instruments. He emerged from the black box from time to time, altering the configuration of the walls of the chamber to create areas for video, film and still projections that further enhanced the performance. No, this was not a “Jazz” performance, though there was some pretty high level improvisation by Nicolas Repac, but who cares? The fact that jazz sprang from the blues and this show addressed the blues in its most primal sense qualifies for me. If you have any chance to see this performance you MUST see and experience it. I’m not sure how long Nicolas Repac will be visiting the planet so make your move!

I ended the night once again in the out of doors, joining tens of thousands of my fellow festival goers in front of the huge Scene Rio Tinto Alcan stage on St. Catherine Street where Ontario’s great vocalist Kellylee Evans and an awesome, grooving band were whipping the crowd into a frenzy with her powerful, compelling voice. Kellylee is a vocalist to be reckoned with, as she just may be THE one who can fuse jazz with the dominant styles of today from hip-hop to pop and r&b and create the sound of a new jazz singer. She’s produced a successful project in celebration of Nina Simone simply titled Nina and her latest, I Remember When, addresses what’s up at this point in popular music history with a real jazz sensibility. The fact that she has a great band that features a versatile keyboardist who moves from organ to other keys with equal facility doesn’t hurt. All in all I can say I travelled the world musically on this, my second day at the 34th Festival International de Jazz de Montreal and never left a one mile radius.

Organ trios and quartets were ubiquitous by the mid-1960s. In African American neighborhood bars and clubs up and down the East Coast, throughout the Rust … END_OF_DOCUMENT_TOKEN_TO_BE_REPLACED

Terence Blanchard looked around the restaurant table and launched into a gentle sermon about jazz education in Detroit that was part homily, part pep talk, … END_OF_DOCUMENT_TOKEN_TO_BE_REPLACED

Creating a program of solo piano music is the ultimate challenge for any improvising pianist. The music on my latest album, Ways of Disappearing (Sunnyside), … END_OF_DOCUMENT_TOKEN_TO_BE_REPLACED

First the good news: As you can see in our annual Festival Guide, there are plenty of jazz festivals scheduled to happen around the world … END_OF_DOCUMENT_TOKEN_TO_BE_REPLACED