Skip to content
Become a member and get exclusive access to articles, live sessions and more!
Start Your Free Trial
Home > Features > The Jazz Bandstand as Sacred Space 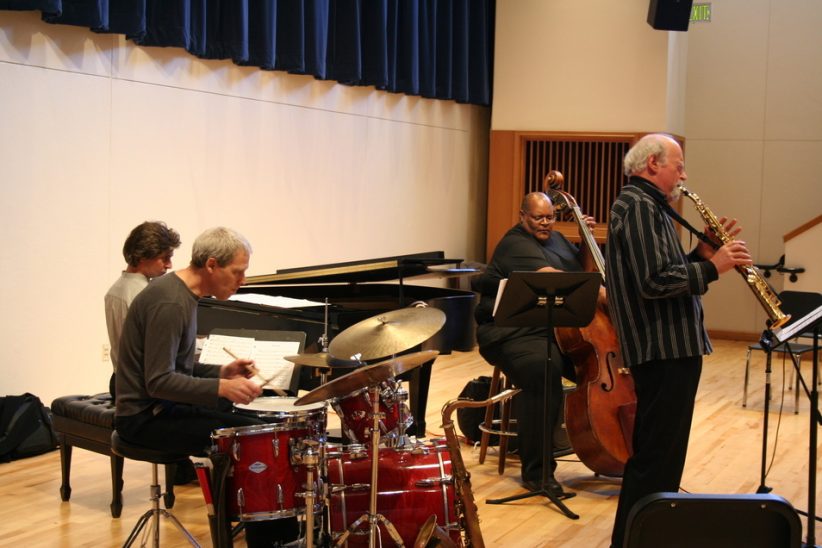 In 1971 I was home from college on semester break. After a long conversation with my pastor he agreed to let me lead a jazz quartet in Sunday morning worship – at both services. The band was only a short way into our prelude, Miles Davis’ “All Blues,” when the first person stood up to leave, followed by another and yet another. In all, at least thirty people left the first service. The second service wasn’t any better. The fallout in the church lasted for weeks. The pastor held his ground, explaining the need for new dimensions in worship. The damage was done, however, because it took 37 years until I again offered jazz in that congregation. The response in 2008? A standing ovation and countless accolades. So what changed? Had my saxophone playing gotten that much better, or had enough time passed for a congregation to become culturally “hip”? Perhaps a little of both, but the truth is far deeper.

Jazz and the church have been inexorably linked since the first slaves were allowed into their master’s sanctuary and encouraged to embrace the religion of their oppressors. In the decades that followed, their work songs and rhythmic melodies became the musical sustenance for their own prayer meetings. Gospel music emerged and sang of a heavenly sanctuary, the sweet by-and-by, and the hope of spiritual freedom. Emancipation promised real freedom, yet in reality produced violent prejudice. Somehow, the music continued. The blues grew from the daily trials and heartaches of a people trying to survive bigotry. Over the years the music took many twists and turns and evolved into something commonly labeled jazz. To try to do historical justice to the evolution of jazz in this article would be impossible. However, assessing the relationship between jazz and the church is long overdue.

A jazz musician’s legacy can be a multifarious slope. Sometimes it’s defined by contrasting stylistic paths that amalgamate into a career, as with Miles Davis. … END_OF_DOCUMENT_TOKEN_TO_BE_REPLACED

I reached across the northern border to Toronto, Ontario, Canada, for my latest subject of the “In Service of Jazz” series of interviews: Sybil Walker, … END_OF_DOCUMENT_TOKEN_TO_BE_REPLACED

When jazz guitarists step out on their own, leaving the security of accompanists behind, they face special challenges. Yes, they can handle chords and melody … END_OF_DOCUMENT_TOKEN_TO_BE_REPLACED

Those only familiar with Diego Barber’s Sunnyside Records output might be taken aback by his latest release on the label, Drago. Its largely electronic sounds … END_OF_DOCUMENT_TOKEN_TO_BE_REPLACED