Skip to content
Become a member and get exclusive access to articles, live sessions and more!
Start Your Free Trial
Home > Features > The Heft of Miles 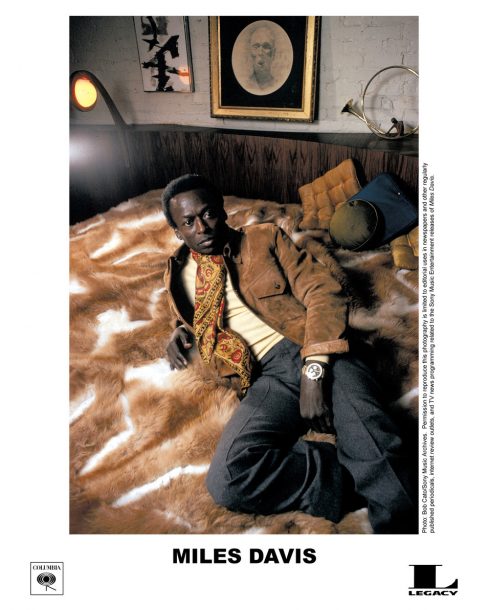 How much musical weight do you give to trumpeter Miles Davis’s 30 years of recordings for Columbia?

Everyone may have a different answer, depending on the stylistic preferences of the listener, since Davis was always a groundbreaker in pushing style and sound.

While it clearly doesn’t include everything he recorded for the label, Columbia/Legacy this fall (September 24 at last word) will release a hefty package that is likely to appeal to the compleatists among us. Even though most of those compleatists likely have many of the individual components – and much more.

It’s called The Genius of Miles Davis, a 43-CD limited-edition box set. The packaging is designed as a trumpet case, which will house all eight of the eight deluxe multi-CD box sets that have been part of the Miles Davis Series of reissues over the past 15 years. Plus an exact replica of the “Gustat” Heim 2 model mouthpiece used by Miles. Plus a previously unavailable fine art lithograph chosen by the Miles Davis Estate. Plus a boutique-quality T-shirt manufactured for this package by Trunk Ltd.

Seven of the eight deluxe CD sets will be included in their distinctive gilt-edged metal spine packaging. The eighth, The Complete In a Silent Way Sessions, was never issued with the metal spine.

?-? The Complete On The Corner Sessions

It’s curious that Davis’s classic Plugged Nickel session is not represented. Perhaps there was no room for more in the case. This new compilation may appeal to elitist compleatists. Time will tell. While it’s not available until September 24, it can be pre-ordered at MilesDavis.com or here.

The price: $1,999.99. It’s great to see they’re keeping the price under two grand. Such a deal. Hopefully, shipping is included. Oh, and back to the weight question. The package weighs 21 pounds.

Does Columbia/Legacy have the forklifts ready? Will it need them?

Organ trios and quartets were ubiquitous by the mid-1960s. In African American neighborhood bars and clubs up and down the East Coast, throughout the Rust … END_OF_DOCUMENT_TOKEN_TO_BE_REPLACED

Terence Blanchard looked around the restaurant table and launched into a gentle sermon about jazz education in Detroit that was part homily, part pep talk, … END_OF_DOCUMENT_TOKEN_TO_BE_REPLACED

Creating a program of solo piano music is the ultimate challenge for any improvising pianist. The music on my latest album, Ways of Disappearing (Sunnyside), … END_OF_DOCUMENT_TOKEN_TO_BE_REPLACED

First the good news: As you can see in our annual Festival Guide, there are plenty of jazz festivals scheduled to happen around the world … END_OF_DOCUMENT_TOKEN_TO_BE_REPLACED