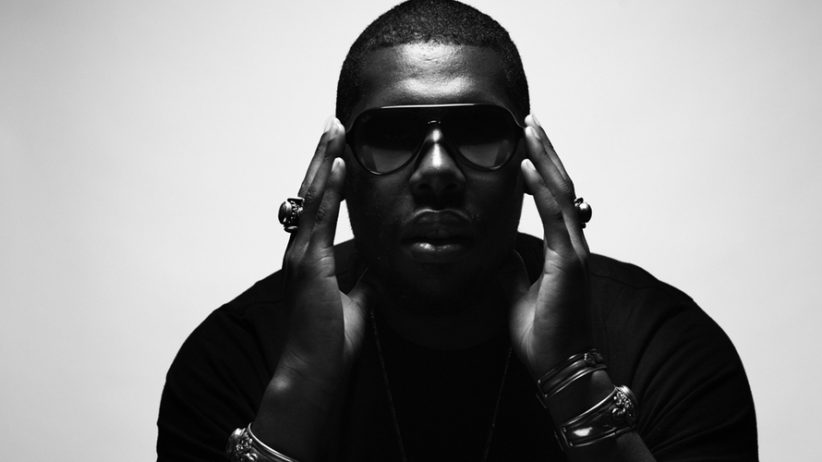 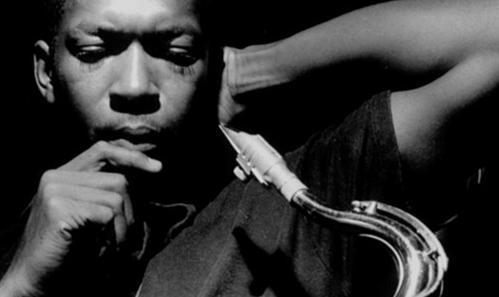 Jazz discourse often boils down to a narrative of progress. We talk about our art form moving forward, evolving, finding new ground. There’s a lot of sense in that approach but also a few pitfalls, as I like to remind myself from time to time. This fall I needed no reminder, owing to the contiguous release of two extraordinary albums made almost half a century apart: Offering: Live at Temple University (Resonance/Impulse!), a John Coltrane concert recording from 1966, and You’re Dead! (Warp), the latest opus from the electronic musician and producer known as Flying Lotus.

What struck me about these albums wasn’t just the music (though yes, it’s beyond striking in each case) but the commentary around their releases, which hit on a familiar note of progressivism. The odds are better that you’ve heard about the Coltrane album, whether or not you’ve actually heard it. Given the hurtling-meteor quality of the saxophonist’s mature career, and the fact that Offering was made a mere eight months before his death at 40, it’s no wonder so many reviewers got caught up in hypotheticals, musing about where he might have headed next. “What if Jazz Giant John Coltrane Had Lived?” read the headline to a piece by Ted Gioia on the website The Daily Beast. The novelist and critic Geoff Dyer, writing in The New York Review of Books, sniffed that this ecstatic, unruly music embodied “the momentum of what [Coltrane had] done before-and a situation he’d helped to create-carrying him towards a terminus, a brick wall, a dead-end or, in the cosmic scheme of things, some kind of interstellar void.”

My own feelings about Offering run more toward respectful curiosity, along with intermittent blushes of awe. But that isn’t my point here. Keep the example of Coltrane in mind as we turn to Flying Lotus, who let it be known over the last year that You’re Dead! would be his version of a modern jazz album-and, pointedly, a corrective to what he heard on the current scene. “The idea of jazz back in the day,” he told me recently, “is that it was supposed to grow and evolve and change, and be this great form of expression. I think it’s become stale over time. People stopped seeking; people stopped trying to take it further, and became obsessed with tradition.”

The natural instinct when faced with assertions like these is to spring into a defensive coil, or discredit the source out of hand. But Flying Lotus happens to come with meaningful pedigree: Born Steven Ellison in Los Angeles, he’s a great-nephew of Alice Coltrane, who can be heard playing piano on Offering. He has worked with his cousin Ravi Coltrane, and his stable of regular collaborators includes musicians like Kamasi Washington, an up-and-coming saxophonist loosely in the Coltrane lineage, and Thundercat, an electric bassist with all the flair of a young Stanley Clarke. Flying Lotus has also caught the ear of more than a few jazz artists-notably pianist Vijay Iyer, who covered one of the producer’s tunes, “MmmHmm,” on his acclaimed trio album from 2012, Accelerando.

Ellison made it clear, in conversation, that he was speaking in generalities about a perceived culture of stasis in jazz. But he reaffirmed that his new album was intended as a shot across the bow. “Just kind of being an outsider looking in, I saw an opportunity to make something new that I hadn’t really heard before,” he said. And on that point, I can find no reasonable grounds for argument; You’re Dead! is an audaciously original statement, a brilliant canvas stitched together from familiar scraps and shards, with plenty of live musicianship stirred into the mix. It could be seen as the latest in a line of hybridized electro-jazz projects that runs from Joe Zawinul to Jaga Jazzist, with varying degrees of success. For my money, it works far better than most, not by blurring the formal distinctions but by ratcheting up the tension.

Opening in an ominous hum, it ducks quickly into fusion overdrive, with tenor saxophone, electric bass and drums all scrambling for the upper hand. By the second track, “Tesla,” we encounter brushes shuffling fast across a snare drum, behind one of the album’s featured guests-Herbie Hancock, on Fender Rhodes, his swirling chords and slithery arpeggios amplifying an air of intrigue. Then comes “Cold Dead,” like a quantum leap from the original jazz-rock frontier, adrenalized and suggestively astral. And so it goes, each track making its impact within a couple of minutes before dissolving into the next.

But is it jazz? That strikes me as the least interesting of myriad questions you could ask about You’re Dead!, though for the record, Flying Lotus would answer in a guarded but dauntless affirmative. His musical influences behind the album ranged from the Miles Davis of Bitches Brew and In a Silent Way to the George Duke of The Aura Will Prevail, which places its frame of reference in the early-to-mid 1970s, a moment when jazz itself is often said to have run up against “a terminus, a brick wall, a dead-end,” to borrow Dyer’s turn of phrase. There have been a lot of rehabilitative efforts around the jazz crossover of that era, but few that so skillfully walk the tightrope between vintage appropriation and next-level experimentation.

You’re Dead! also features several Los Angeles rappers-the ascendant Kendrick Lamar, the avuncular Snoop Dogg and Flying Lotus himself, in the guise he calls Captain Murphy-and a lot of sonic elements that would seem to slot it as a hip-hop album. That shouldn’t be some kind of disqualifier for jazz listeners, though I’m sure it will be for some. Considering how many current jazz artists declare their admiration for the producer J Dilla, who made his mark along the hip-hop/jazz fault line more than a decade ago, it’s worth keeping an eye on the Flying Lotus nexus, and this album in particular. I suspect we’ll be talking about it for a while.

Organ trios and quartets were ubiquitous by the mid-1960s. In African American neighborhood bars and clubs up and down the East Coast, throughout the Rust … END_OF_DOCUMENT_TOKEN_TO_BE_REPLACED

Terence Blanchard looked around the restaurant table and launched into a gentle sermon about jazz education in Detroit that was part homily, part pep talk, … END_OF_DOCUMENT_TOKEN_TO_BE_REPLACED

Creating a program of solo piano music is the ultimate challenge for any improvising pianist. The music on my latest album, Ways of Disappearing (Sunnyside), … END_OF_DOCUMENT_TOKEN_TO_BE_REPLACED

First the good news: As you can see in our annual Festival Guide, there are plenty of jazz festivals scheduled to happen around the world … END_OF_DOCUMENT_TOKEN_TO_BE_REPLACED