Skip to content
Become a member and get exclusive access to articles, live sessions and more!
Start Your Free Trial
Home > Features > The Gig: Broken Record 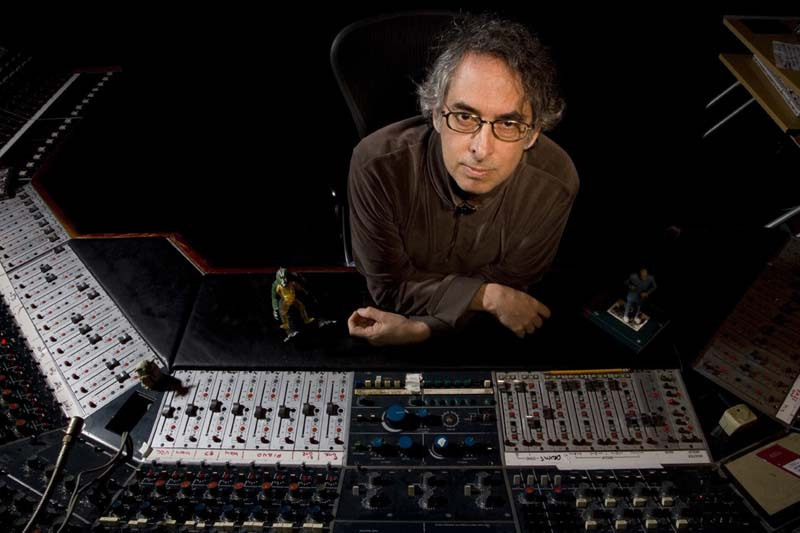 Ed note: In Nate Chinen’s March 2016 “The Gig” column, he discusses the dire situation facing many of the country’s legendary recording studios, including the Magic Shop in New York City. It has since been announced that the Magic Shop will close after 28 years.

Music poured from the speakers, mingling with a hum of conversation, on the afternoon I paid a visit to RCA Studio A in Nashville. But with a little imagination it was still possible-standing in the middle of the floor, looking toward the control booth-to hear faint echoes of other recordings made in the room. Propped on the soundboard of a nearby piano were a few LPs with that pedigree: Dolly Parton’s Jolene; Willie Nelson’s Good Times; Superpickers, by Chet Atkins. But I was also picturing recent releases by the likes of Chris Stapleton and Kacey Musgraves, new-breed country traditionalists with 100-proof crossover appeal.

It was last October. By an accident of timing, I had stumbled into a 50th-anniversary open house for Studio A, a legendary hub for Nashville’s recording industry and a historic anchor of its Music Row. A stage had been set up in the parking lot out back, where guitarist Steve Cropper, one of the building’s office tenants, was yelping his way through “Soul Man.” What went unspoken, at least during the hour or so that I hung around, was the fact that Studio A had recently veered close to being lost-as in shuttered and demolished, with condominiums going up in its place.

If you follow the music industry, that final detail will ring grimly familiar. In our modern era, facing constricting label budgets and skyrocketing rents, more and more recording studios have found themselves on the chopping block. The Hit Factory, an aptly named facility in Midtown Manhattan, shut down just over a decade ago, giving way to posh condos. By some estimates, as many as half of the commercial studios in Los Angeles have closed or been sold for private use in that same span of time. Even the venerable Piety Street Recording in New Orleans, sold by its owner in 2013, is no longer open to the public.

And in a development of grave import to the jazz ecology, Avatar Studios was put up for sale last fall. If you’re reading this column, chances are good that Avatar, also in Midtown Manhattan, has played a role in your listening experience over the years. Drawing from this year’s Grammy nominee pool alone, you’d come up with recordings by pianist Joey Alexander, large-ensemble composers Maria Schneider and John Fedchock, and vocalists Tony Bennett and Cécile McLorin Salvant. Though Avatar’s owners have announced their intention to sell only to a party interested in keeping the studio in business, it’s not unreasonable to feel anxious about the implications here. “The thing about a studio is that it’s really about the community,” says Steve Rosenthal, owner of the Magic Shop, another on the endangered list. “It’s what happens inside the room when people play together that creates the records. When you lose the studio, you lose that place. Every time a studio closes, a part of the community closes with it.”

The Magic Shop, on Crosby Street in SoHo, is a potent emblem of the current crisis. When Rosenthal opened its doors in 1987, he was placing a bet in a dangerous neighborhood, one that’s now crowded with flagship stores and multimillion-dollar residential lofts. An appealingly scruffy warren stocked with all manner of vintage and custom gear, the Magic Shop has been a second home to acts ranging from Sonic Youth to Norah Jones. The head-spinning new album by David Bowie-Blackstar, stylized as ?…, featuring the Donny McCaslin Quartet as his backing band-was created there. Dave Grohl of Foo Fighters featured the studio in his recent HBO documentary series, Sonic Highways, and later tried to help finance Rosenthal in a bid to buy the property.

That effort failed, leaving the Magic Shop with no contingency plan other than the ones Rosenthal has already adopted over the years. With his wife, Jennifer Gilson, he had also run the Living Room, a hub for singer-songwriters like Jones, and an engine for what he calls “crosspollination” between the stage and the studio. (The club closed in December, another victim of crushing rents.) Over the past 15 years, motivated both by the disruption of 9/11 and the shifting winds in the industry, Rosenthal has sharpened his focus on restoration and archival work. When I stopped into the Magic Shop last year, it was to hear portions of The Complete Concert by the Sea (Columbia/Legacy), by Erroll Garner. “That part of the business continues to grow,” Rosenthal says. Still, he speaks with glum candor about the mounting financial pressures facing his studio: “The prognosis for the place is not very good.”

Jazz musicians will, of course, always find ways to record their albums. Some already work at home with Pro Tools software; others book time in alternative spaces in upstate New York or industrial Brooklyn. In New Orleans, the loss of Piety Street has been offset by the opening of the Parlor, in the Irish Channel neighborhood, and Esplanade Studios, in an old Gothic revival church in Treme. But these bright spots don’t erase the sting of losing a place like the Magic Shop, a studio with so much institutional memory and such an intangibly heavy vibe.

RCA Studio A was saved by a consortium of supporters, including piano-man Ben Folds, and there has been talk of civic involvement in its future. Housed within the same complex is Studio B, a recent addition to the National Register of Historic Places, where Elvis Presley recorded many of his hits. While in Nashville, I took a Studio B tour, operated by the Country Music Hall of Fame and Museum. And as I sat there on a folding chair, listening to a guide’s spiel about sessions past, it was clear to me that this carefully preserved room had long ago transitioned from a place of business to a place of worship. Nothing wrong with worship, on its face. But given Option A or Option B, I know which one I’d choose.

Organ trios and quartets were ubiquitous by the mid-1960s. In African American neighborhood bars and clubs up and down the East Coast, throughout the Rust … END_OF_DOCUMENT_TOKEN_TO_BE_REPLACED

Terence Blanchard looked around the restaurant table and launched into a gentle sermon about jazz education in Detroit that was part homily, part pep talk, … END_OF_DOCUMENT_TOKEN_TO_BE_REPLACED

Creating a program of solo piano music is the ultimate challenge for any improvising pianist. The music on my latest album, Ways of Disappearing (Sunnyside), … END_OF_DOCUMENT_TOKEN_TO_BE_REPLACED

First the good news: As you can see in our annual Festival Guide, there are plenty of jazz festivals scheduled to happen around the world … END_OF_DOCUMENT_TOKEN_TO_BE_REPLACED