Skip to content
Become a member and get exclusive access to articles, live sessions and more!
Start Your Free Trial
Home > Features > The Gig: Andy Bey 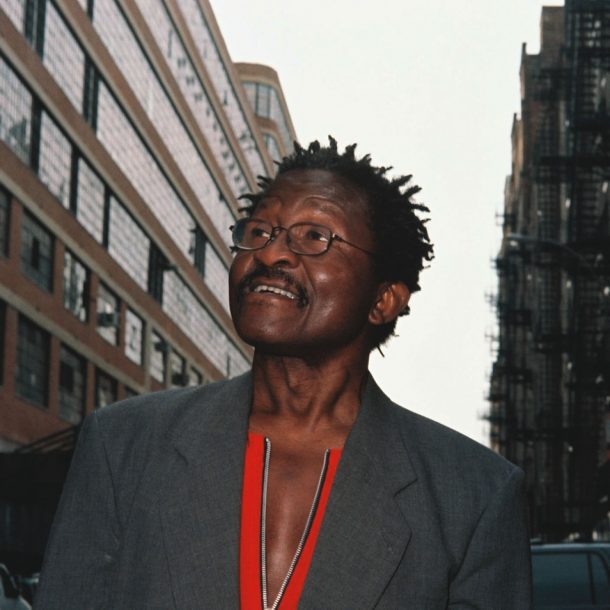 One false binary implicitly applied to jazz singers is the distinction between songbirds and hawks. The first camp, under the given rubric, genuflects to the wholesale integrity of a tune; the second regards most material as a starting point. Bat around this ball of yarn for a while and it starts to unravel, of course, even if certain reputations reside at one or another end of the scale. Lena Horne? Pure songbird. Betty Carter? Total hawk. You could make a parlor game out of this taxonomy, not that I’d recommend it. For one thing, it would make no accommodation for one of this year’s best albums, The World According to Andy Bey (HighNote).

Bey, 74, is a jazz singer of magical expressivity, possessed of a natural baritone that stretches into a steely, barking tenor and beyond, toward something like a male head voice, which I’ve taken to calling his mezzo-falsetto. That extraordinary range is just one facet of Bey’s voice, which the critic Gary Giddins once pegged in passing as “dark and grudging and mysterious.” Throughout his late-career renaissance-a period that began in 1996 with the gemlike piano-and-vocal solo album Ballads, Blues and Bey (Evidence)-he has been known as a sterling interpreter of American popular song. (Indeed, prior to this year, his most recent studio album bore the title American Song, as if to plant a flag.) But upholding Bey the songbird means ignoring his other gifts as a bebop-honed self-accompanist, a nearly cosmically searching lyricist and a melodic improviser in the same realm (if not the same rank) as his childhood acquaintance Sarah Vaughan.

Growing up in Newark, N.J., Bey was a prodigious talent, playing boogie-woogie piano as a child and appearing on a TV talent show, Star Time Kids, as a teen. Together with two of his seven older sisters, Geraldine and Salome, he formed Andy and the Bey Sisters, creating a small sensation in Paris and releasing crisply soulful albums on RCA Victor and Prestige. After the dissolution of the group, Bey fell in with ascendant jazz modernists like pianist Horace Silver and saxophonist Gary Bartz, holding his own against all manner of ensemble roil; for a good illustration, hear his stern exhortation on the title track of Members, Don’t Git Weary, a 1968 album by drummer Max Roach.

Working in those contexts, Bey learned to project with the punch of a horn player, though his stature as a “musician’s singer” became its own kind of rut. Experience and Judgment, the righteous, groovy solo album he released on Atlantic in 1974, managed to elude much of an audience, perhaps because it came somewhat out of the blue. (Today it seems like an underground funk classic, ripe for the rediscovery of someone other than Madlib, the hip-hop producer who sampled from it on his 2000 debut.) Bey places his voice in an upper-middle register through much of that album, in a stentorian cry that has only rarely come into play on his more recent, standard-bearing releases.

But there it is on The World According to Andy Bey, during a tense, arresting original called “The Demons Are After You.” In case that title isn’t clear enough, Bey spends most of the song decrying the “evil forces” that confront an artist, from the temptation of material gain to the demand for a machinelike consistency of product. “Got to be free to create,” he sings, “shedding all those things that have only external value in this world.” (As is often the case in his own songs, rhyme and symmetry take a backseat to cadence and forward pull.) At this point the lyrics shift from diagnosis to prescription, urging a steady course of self-discovery-and you surely don’t need to know all about Bey’s years of obscurity to intuit that he’s singing from a place of deep experience. He saves his most plangent vocal delivery for a refrain near the end of the tune: “It’s an individual journey,” he sings. “It will never work for the masses.” You don’t say.

What else comes as a curveball on The World According to Andy Bey? There’s the agile and utterly convincing scat performance on “Dedicated to Miles,” which takes as its starting point Miles Davis’ work on Charlie Parker’s 1947 recording of “Cheryl.” There’s the peppy romp through “The Joint Is Jumpin’,” the Fats Waller chestnut. There’s another harmonically restive original with a message as earnest and clear as a homily: “There’s So Many Ways to Approach the Blues.” You could choose to regard these moments as hawkish, by the crude metaphorical calculus outlined above. But Bey’s performance doesn’t feel like daredevilry, even when it easily could.

And it’s counterbalanced, elsewhere on the album, by some of the most sublime ballad work that Bey has ever recorded. “It Never Entered My Mind,” the opening track, occupies the same ruminative, curling-smoke tempo as the knockout “Someone to Watch Over Me” at the top of Ballads, Blues and Bey. During the following tune, “But Not for Me,” Bey luxuriates in near-stillness, articulating the lyrics with extravagant care. (When he sings the phrase “I’m certain/It’s the final curtain” in the introduction, his voice tumbles softly down to a low D, and slumps there a while.) Later, singing another Gershwin classic, “Love Is Here to Stay,” Bey applies flickers of blues inflection, calling Dinah Washington to mind. And in a curator’s gesture, he includes two near-obscurities composed by Harold Arlen, “The Morning After” and “Dissertation on the State of Bliss.”

What it all adds up to is as complete a portrait of Bey as exists in one volume, the songbird and the hawk as one. And the track that might best capture its general spirit is “Being Part of What’s Happening Now,” an original ballad. “We have to keep in touch with the world,” Bey begins, over a quiet chordal intrigue, “and make our contribution, big or small.” He sings clearly, staying true to the essence of the song, and himself.

In spring 1963, when Coleman Hawkins was 58 and making some of the most astonishing music of his career, he gave a short but revealing … END_OF_DOCUMENT_TOKEN_TO_BE_REPLACED

Forgive me if I’ve mentioned this before (perhaps repeatedly), but I’ve been playing guitar now for more than 40 years. So when the time comes … END_OF_DOCUMENT_TOKEN_TO_BE_REPLACED

Organ trios and quartets were ubiquitous by the mid-1960s. In African American neighborhood bars and clubs up and down the East Coast, throughout the Rust … END_OF_DOCUMENT_TOKEN_TO_BE_REPLACED

Terence Blanchard looked around the restaurant table and launched into a gentle sermon about jazz education in Detroit that was part homily, part pep talk, … END_OF_DOCUMENT_TOKEN_TO_BE_REPLACED