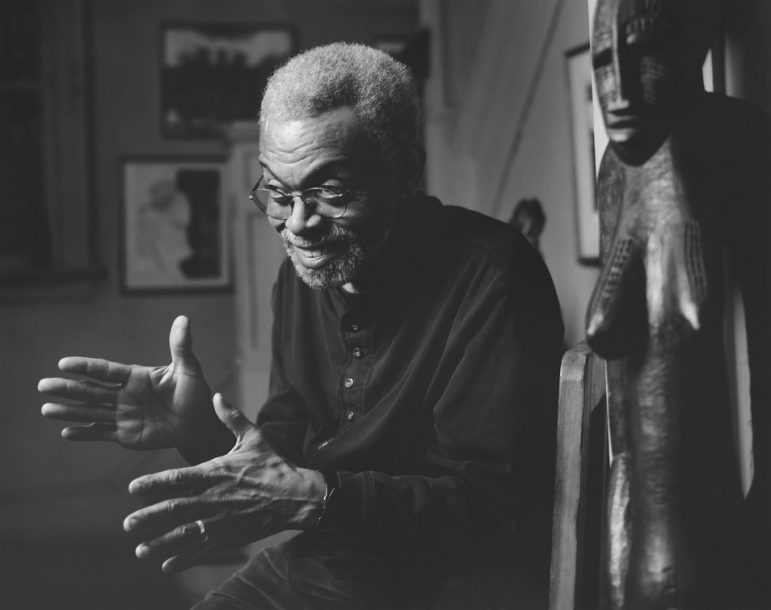 There were a lot of contested vantage points in the appraisals that surfaced in the wake of Amiri Baraka’s death, on Jan. 9, at 79. This was probably inevitable, and possibly fitting. Not to imply that Baraka-a poet and playwright of incandescent power, and a critic of dauntless conviction-should be reduced in memoriam to a firebrand. While he inhabited that role at times with a kind of fearless relish, his was a far more thoughtful, nuanced and necessary voice than any of his detractors could allow. The mere fact of that dissonance speaks to the central preoccupation of his life, which was the struggle of African-American society against systemic forces of oppression-and all of the ways in which black art held the tools of transformation, or resistance. How you received that message had a lot to do with how you saw the struggle.

Baraka was a jazz man to the bone; he recognized in the music an unsurpassingly potent and radical means of cultural expression. His writings on jazz, especially in the landmark 1968 essay collection Black Music, shed penetrating light on both the art form and its social context, which he understood to be more or less inextricable. His poems often made use of jazz rhythm, whether they were conveyed on the page or onstage. No one was ever better at bringing modern verse into performative contact with improvised music, as I was reminded most recently by portions of the superb five-LP set Call It Art: New York Art Quartet (1964-65) (Triple Point). (Reading his poem “Western Front,” Baraka sounds dispassionate but urgent, his intensity stretched taut just beneath the surface.) He had little patience for fashions du jour, and even less for the structural biases that slipped by under the guise of conventional wisdom. When he was wrong-everybody has his or her own tally of these moments-there was usually some value in determining precisely how wrong, and why.

He was born Everett Leroy Jones in Newark, N.J., a student of musical and literary inclination practically from the start. He served time at Howard University and the U.S. Air Force, taking away different dissatisfactions from each institution, before he settled into Greenwich Village, where he became known by his byline, LeRoi Jones. He married the former Hettie Cohen, a fellow writer, and they became a fixture in downtown bohemian circles, aligning with poets from the Beat generation (Allen Ginsberg), the Black Mountain scene (Robert Creeley) and the New York School (Frank O’Hara). Baraka’s subsequent repudiation of these relationships, including Hettie Jones, was a result of his deep dive into late-’60s black cultural nationalism. Feelings were hurt, and some in his previous white cohort judged him all the more harshly for it.

The common complaint was that Baraka, as he renamed himself, had jackknifed from the bluffs of poetry into the roiling sea of politics. There was some truth in this. “His writing didn’t go cold unattended (quite the opposite),” observes critic-bandleader Greg Tate, one of Baraka’s many heirs, in Ebony magazine, “but his writing career, as such, became enmeshed if not subordinate to his political fervor.” This enmeshing, made manifest in the Black Arts Movement, could produce riveting results-like Baraka’s immortal poem “AM/TRAK,” which claims John Coltrane as a kindred revolutionary spirit, “Malcolm X in New Super Bop Fire.” And if some of his politically charged jazz essays seem confined to their era, others stubbornly retain their relevance. A recent fracas over Terry Teachout’s biography Duke: A Life of Duke Ellington (Gotham) sent me back to Baraka’s 50-year-old essay “Jazz and the White Critic,” and especially one of its chief assertions: “In jazz criticism, no reliance on European tradition or theory will help at all.”

It so happens that I met Baraka on my first-ever feature assignment, a 1997 profile of a journeyman alto saxophonist named Julian Pressley for the Philadelphia City Paper. I was 20, an English major marking time between junior and senior years, and thought I knew what I was in for. I’d pored over Baraka’s more anthologized poems, along with Black Music and its historic precursor, Blues People. Partly because of my reading and partly because of his extra-literary reputation, I was expecting a bristly reception.

But when I visited Baraka’s house in Newark, I was struck by its air of warmth and inclusion, which probably had something to do with his second wife, Amina, a poet herself. Pressley had been booked to play Kimako’s Blues People, a monthly series in the basement. I remember the delight on his face when he sidled up to the stereo console and noted a CD on which he’d appeared, by the Odean Pope Saxophone Choir. (Baraka had reviewed it, pegging it as “the kind of item you press on people who don’t know it to show how hip you are, digging out the deep ones, the unknown ones.”) I also remember Baraka’s introspection as we conversed in his laundry room, where he spoke quietly, a can of Miller Lite in hand. Regarding the series, he said: “We’re trying to foster a self-reliant alternative culture as a reaction to popular culture.”

It’s instructive to recall the terms of that statement, delivered not as a provocation but merely a principled stance. I subsequently heard Baraka speak in public more than a dozen times, and always kept it in mind. Two years ago, reporting a story, I took bassist-singer Esperanza Spalding to a Baraka reading in Lower Manhattan. With Adegoke Steve Colson on piano, he delivered poems of scathing wit and earnest sentiment, including “Play Dat,” for the memory of pianists John Hicks and Hilton Ruiz. Spalding seemed as transfixed as I was, marveling afterward at his vitality.

More recently, at last year’s awards ceremony for the Jazz Journalists Association, Baraka gave remarks to induct a fellow lifetime achievement honoree, Willard Jenkins, invoking the related legacies of slavery and black literary achievement. When it was my turn at the podium, I thanked him for the challenge he laid bare, calling it “something that we dismiss at our great peril.” Baraka caught my eye as I left the stage, wearing a smile of sly bemusement. But I meant what I said then, and I mean it now.

Organ trios and quartets were ubiquitous by the mid-1960s. In African American neighborhood bars and clubs up and down the East Coast, throughout the Rust … END_OF_DOCUMENT_TOKEN_TO_BE_REPLACED

Terence Blanchard looked around the restaurant table and launched into a gentle sermon about jazz education in Detroit that was part homily, part pep talk, … END_OF_DOCUMENT_TOKEN_TO_BE_REPLACED

Creating a program of solo piano music is the ultimate challenge for any improvising pianist. The music on my latest album, Ways of Disappearing (Sunnyside), … END_OF_DOCUMENT_TOKEN_TO_BE_REPLACED

First the good news: As you can see in our annual Festival Guide, there are plenty of jazz festivals scheduled to happen around the world … END_OF_DOCUMENT_TOKEN_TO_BE_REPLACED