Skip to content
Become a member and get exclusive access to articles, live sessions and more!
Start Your Free Trial
Home > Features > The Genres: Stanley Crouch on Mainstream 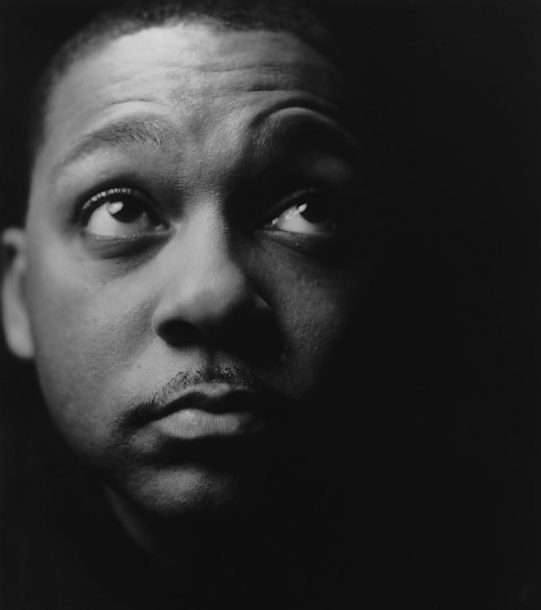 The term “mainstream jazz” probably means less now than it ever has. Jazz is, now, itself and whatever else you can get away with. You can now play New Orleans-style music and just about anything else, including 20th-century European concert music clichés as well as snippets—or an abundance—of ethnic music, and find yourself included in a jazz festival or written about in a jazz magazine. These days you can be given an award by jazz critics, in a ceremony underwritten by the Knitting Factory, even if you play with no feeling of swing, no feeling for the blues and make use of hardly anything from the great canon of jazz technique. Mainstream jazz can now mean anything.

None of that, however, means that the fundamentals that make for true jazz have ever disappeared. Things are still pretty clear. From Armstrong through Ornette Coleman and most of John Coltrane, we can hear particular things. We hear 4/4 swing, fast, medium and slow. We hear the blues in all tempos. We hear the meditative or romantic ballad. We hear what Jelly Roll Morton called “the Spanish tinge.” Those were the terms and styles under which a rebellion was fought against the commercial dictates of fusion that threatened jazz during the ’70s. This is something that the present critical establishment seems to have missed, primarily because the true nature of aesthetic courage has yet to be grasped by the majority of those who purport to have some grasp of this art. Ignoring the challenges of the fundamentals of an art form is less about courage than it is evasion. It is always easier not to swing than to swing, and when swing becomes a target for contempt, swinging becomes more important than ever.

Jazz musicians in the ’80s continued the fight against electric rock-fusion, but their music and artistry is often dismissed and the response to these players is often racist. Screwed up in their shallow understanding of politics, jazz critics and musicians—who were equally inept in the arena of thinking—called the music neo-conservative, “republican jazz” and, worst of all, the music of “young black men in suits.” It never came clear to those writers that, since the commercial world at large wanted disorder, sloppiness and over-amplified clichés, it took more courage to come out swinging. That is one of the reasons why musicians like Mulgrew Miller, Wess Anderson, Michael LeDonne, Russell Malone, Peter Washington and Lewis Nash are never celebrated, or towering giants like Charles McPherson have never gotten their due from the press. But critics’ misreadings have not stopped the carnival. Fresh music is always in the offering.

As one can hear in formidable musicians like Wynton Marsalis and Joe Lovano, individuality has as much to do with being oneself in a variety of contexts as it does adhering to a particular approach. In the music of Marsalis, as composer and player, one hears the whole of jazz remade into his image. His writing ranges from almost as way back as way back goes to nearly as far out as far out goes. His trumpet playing calls on everything from King Oliver, Freddie Keppard, Louis Armstrong and Don Cherry to the sorts of things Lester Bowie could only have dreamed of playing (e.g. “Knozz-Mo-King” on Live at Blues Alley and “Call to Prayer” on In This House, on This Morning). In Lovano’s highly original work one hears, primarily, Sonny Rollins, Joe Henderson, Wayne Shorter and Dewey Redman, but there is also the love of contrasting situations that call on many styles and possibilities.

This dedication to finding one’s voice in a variety of contexts held true in a recent performance by Wallace Roney at NYC’s Bottom Line club, except that Roney was mixing together chants and complex chords, standards and originals, as well as music from Filles de Kilimanjaro‘s so-called acoustic and surely electronic textures. I also heard Nicholas Payton’s band in a club date at New York’s Iridium doing their version of the same thing: moving from one style to another, from fatback grooves and gutbucket grease, all the way to the possibilities opened by the Miles Davis mid-’60s group and Marsalis’ Black Codes quintet. In Marcus Roberts’ and Jacky Terrasson’s trios one can hear completely different interpretations of Ahmad Jamal’s form-shifting variety. Such variegated playing keeps the audience alert in ways that playing one style might not—unless you are a player with the single-minded brilliance of Tommy Flanagan, Hank Jones, Barry Harris, Johnny Griffin, Cedar Walton, George Coleman and Elvin Jones.

I think Charles Mingus was the man who forged such varied, elastic playing into being, though he almost surely gathered his ideas from Ellington works like “Black, Brown and Beige,” “The Controversial Suite” and “A Drum Is a Woman.” Mingus wrote and played whatever he liked based on experiences from working with musicians like Louis Armstrong, Art Tatum, Ellington, Charlie Parker, Bud Powell, Lennie Tristano and others. Unconcerned with what was considered hip or unhip, Mingus consumed the entire range of jazz and brought together many different kinds of writing and playing as well as different kinds of musicians, rejecting the idea of schools as barriers between jazz artists. In Mingus’ last great band, with George Adams, Jack Walrath, Don Pullen and Dannie Richmond, he was able to make swing the noisy things that had happened since the sound of the barnyard had become an option.

Mingus’ influence is audible on Archie Shepp’s best Impulse! recordings, and in the rejection of schools and styles heard in the finest musicians from the AACM, such as Roscoe Mitchell, Muhal Richard Abrams, Henry Threadgill and Anthony Braxton, as well as in the range of styles artists such as Julius Hemphill brought to their work. Mingus’ influence was most extraordinarily realized in the George Adams-Don Pullen Quartet, surely one of the best bands of the ’80s, though it never recorded anything vaguely close to how well it performed in public. The Adams-Pullen Quartet, in short, played the whole river, from the rainforest beginnings to complex chords, a few chords or no chords, notes or squeaks and honks.

Keith Jarrett is another great hero of jazz; his solo concerts in the early ’70s reiterated the grandeur of the piano, not the electric keyboard, which had become popular because of its importance in fusion. Jarrett emerged around the same time that McCoy Tyner, due to the indefatigable efforts of Orrin Keepnews at Fantasy Records, was brought back from an obscurity that included driving a cab because there was no place for him in the music business. Jarrett was open to all the jazz that had happened up to that time, especially the sweep of what had been introduced by Ornette Coleman, Paul Bley, Bill Evans, Red Garland, Horace Silver, Wynton Kelly, Powell, Tristano and European composers such as Olivier Messiaen. Above all else, Jarrett could play with exceptional invention, swinging on a serious tip, creating melody, using or obscuring the harmony, adhering to or ignoring conventional phrasing lengths. If the mood hit him, Jarrett alone could go into a revivalist sanctified shout and put the butter on the beat. Jarrett is the real thing, a fully American jazz player who brought the Ellington/ Mingus freedom to his music.

Dexter Gordon’s highly celebrated return to regular American action in the middle ’70s was very important to the spirit of true jazz, as was the support he received from the Columbia Records machine while Bruce Lundvall was there. That combination of executive and artist, like Keepnews and Tyner, ECM’s Manfred Eicher and Jarrett, cannot be overlooked. Those three company men in the so-often-dismissed business end of the art laid it down for their musicians and gave them everything they needed to move into the world and become successful on the basis of who they were as musicians, not what some trend said they should be. Those relationships are examples of exactly how things can be at their very finest.

Gordon’s success meant that America soon heard again Johnny Griffin, Art Farmer, Benny Golson, J.J. Johnson, Curtis Fuller, Max Roach (who, like Mingus, was far more than a one-trick pony) and Philly Joe Jones. Always in the trenches and developing talent was Art Blakey, as was Betty Carter, who followed the master drummer’s example and nurtured very important young musicians. From Blakey we got the Marsalis brothers, Roney, Blanchard, Peter Washington, Mulgrew Miller and a raft of others. The great singer brought Kenny Washington, Lewis Nash, Stephen Scott, Benny Green, Clarence Penn and many more out here. Carter also started a big concert project to introduce new jazz players every year. But all those players are just the tip; there are also those who few have heard of yet, such as John Webber and Joe Farnsworth, but they swing like mad.

The so-called repertory movement’s importance cannot be overstated, either. Both musicians and writers have tried to give the impression that once the musicians for whom certain music was written had died, it could no longer be played. Well, that’s one of the dumbest ideas ever put into the world of artistic discussion. Such people are, apparently, unaware of the fact that Shakespeare wrote plays for certain actors. Should his plays have been burned after he and Burbage died? George Wein, Chuck Israels, David Berger, Loren Schoenberg, American Jazz Orchestra and Jazz at Lincoln Center were central to bringing neglected music back into the artistic position it should maintain as but one aspect of the overall offering.

By the time Old and New Dreams (Don Cherry, Dewey Redman, Charlie Haden and Ed Blackwell) formed in 1976, it had become obvious that the approach Ornette Coleman brought to New York in 1959 was part of the mainstream in that these musicians, while not basing their improvisations on chords, set meters or strict tempos, were about swinging and singing. What they did was distinctly different from the so-called avant-garde that had evolved from the Jimmy Giuffre Trio with Steve Swallow and Paul Bley, which sounded like improvised 20th-century concert music, prefiguring one part of what Anthony Braxton and a number of AACM musicians and others like to do. But here lies the question: If that kind of music is older than what Mingus worked out or Thelonious Monk invented or Coleman realized or Coltrane played with his great quartet, how is it avant-garde?

Even though anything today can be called jazz or mainstream—however improperly—you can be sure that as long as you have musicians like Marsalis, Lovano, Roney, Roberts, Reed, Nash and Payton, the music’s true sweep will be carried along and the true believers will not have to ask, “Is that jazz?”

As a JazzTimes writer, I can talk about the powers of a dynamic drummer until I’m blue in the face: the weight of each tom-tom’s … END_OF_DOCUMENT_TOKEN_TO_BE_REPLACED

There are certain works of art with which I wish I could have a conversation, so that I might express my gratitude for them. I … END_OF_DOCUMENT_TOKEN_TO_BE_REPLACED

Asked to choose Duke Ellington’s most valuable sidemen, most folks would likely start with Johnny Hodges, followed by any number of the additional cavalcade of … END_OF_DOCUMENT_TOKEN_TO_BE_REPLACED

In the early autumn, I was heading back into the city of Boston on the subway from a leafy suburb where I had watched a … END_OF_DOCUMENT_TOKEN_TO_BE_REPLACED