Skip to content
Become a member and get exclusive access to articles, live sessions and more!
Start Your Free Trial
Home > Features > The Genres: Bill Shoemaker on Avant-Garde 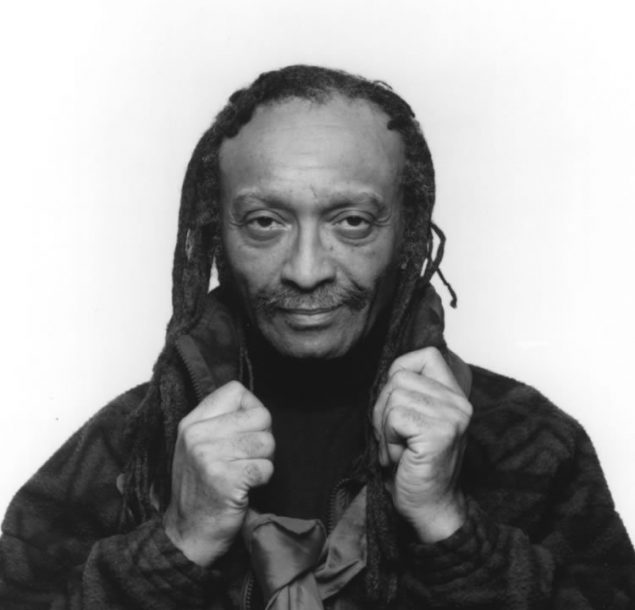 Avant-garde jazz is as much a hot-button phrase today as it was 30 years ago. It is a label with a rancid, agenda-laden history. Yet its usage has changed in ways totally unforeseen in 1970, when the avant-garde was considered a mere appendix to the body politic of jazz, serving no function but to be periodically inflamatory. In 1970, the phrase avant-garde jazz was more apt to be used in a gambit to legitimize avant-garde music through an overt connection to jazz; now, the term is often employed to connect jazz to the avant-garde.

Mapping these changes reveals how musicians, the market and the media have, in many instances, cooled rhetorical tensions through inclusive practices. But it is a mistake to conclude that avant-garde music has been assimilated into a jazz melting pot. On the contrary, the avant-garde has moved on—and jazz is the poorer for it, as now little more than business considerations and the inertia of a blemished shared history prevent jazz and what it claims as its avant-garde from rupturing irrevocably.

A telling measure of jazz’s history-induced inertia is that the attacks on the legitimacy of avant-garde jazz raged well into the ’90s. The continuation of this could be dismissed as simple boorish compulsion were it not for ironic role reversals among the advocates over the past 30 years. The ’60s “anti-jazz” vitriol of white establishment critics was still thick in the air in 1970; for it to be recycled in the ’80s and ’90s by African-American neoconservatives was painfully funny. Concurrently, successive waves of musicians—proponents of the AACM-articulated idea of creative music, the Downtown NYC experimental scene, the largely European improvised-music network and others—were increasingly emphatic in disassociating themselves from jazz. These positions threatened to undermine the efforts of conciliatory avant-garde advocates, who spent most of the last three decades honing the case that these alleged musical heresies were not only rooted in the jazz tradition, but validated the jazz tradition as living and dynamic.

Still, whether through its merits or simply being repeated ad nauseam, the polemics of inclusion gained traction, if not acceptance, in most quarters of the jazz community in the past 30 years. The polemics of inclusion may be a bromide posing as real dialogue, but it’s a quantum leap from the wedge issues and demagoguery of the ’60s, when John Tynan’s rabid “it’s anti-jazz” rants and Leonard Feather’s shameful Crow Jim nonsense created a seemingly unbridgeable schism between jazz and the avant-garde. No assessment of the avant-garde during the last 30 years has a scintilla of truth if it doesn’t acknowledge this schism’s determinate role.

Given the avant-garde’s high negatives in the press and in the recording industry circa 1970, it is remarkable that the avant-garde survived, let alone prevailed artistically. The States were toxic in 1970: Cecil Taylor had not recorded in a year, and would not for three more; Ornette Coleman’s Artists House, the forerunner of the artist-owned performance loft, closed; the Art Ensemble of Chicago, Anthony Braxton and other AACM musicians left the U.S. for Paris, some arriving with just a few dollars in their pockets. Yet they were the lucky ones: Albert Ayler’s body was found floating in the East River that November.

In 2000, the avant-garde is off the ropes. Avant-garde musicians are the recipients of genius grants and tenured university posts; they perform in the world’s great concert halls; the recording industry that once ignored them and the media that once vilified them now court them. Homage is paid and history is revisited—and occasionally corrected—at milestones like Coleman and Taylor’s 70th birthday celebrations. All bodes well for the future, too.

There is no clear chain of events that led from 1970 to 2000. The ability to convey a concise chronology is hampered by the fact that, unlike jazz, whose genealogy can be likened to a family tree with many roots and branches, the avant-garde is more like a plutonium atom, a volatile bundle and swirl of subgenres, polygenres and antigenres. Still, there is a matrix of underlying demographic, market and media trends that adequately explains why the myriad forms of the avant-garde have flourished.

Integral to these trends is the embrace of the avant-garde by a new generation of listeners, one far more prone to associate Rollins with Henry rather than Sonny. Incrementally, phenomena like ’80s punk-jazz and no-wave bands, the advent of the musique actuelle umbrella of free jazz, rock and post-serial composition, the resuscitation of the college circuit by Thomas Chapin and others, John Zorn’s hardcore entente and his Radical Jewish Culture faction, David S. Ware and Matthew Shipp’s respective tenures with indie-rock labels, and champions like Sonic Youth’s Thurston Moore have built a growing audience that has little or no connection with the jazz mainstream.

Concurrent to the avant-garde’s growth, two trends in marketing and media further eroded the jazz mainstream. Beginning with the ’80s’ CD reissue and box-set booms, and the ’90s’ plethora of repertory, anniversary and songbook-driven recording projects and touring packages, jazz was largely marketed as nostalgia and artifact. Conveniently, the figurehead of the repertory movement was Wynton Marsalis, whose overreaching rhetoric about what jazz is and is not, and his alleged cronyism as artistic director of Jazz at Lincoln Center, proved the old adage that having a good enemy is sometimes more handy than having a good friend. Marsalis’ singular contrivance and lightning-rod status was played up by the jazz press, but the progressive nudging of the mainstream’s median towards the avant-garde is an agenda more subtle and ongoing than is suggested by short-term buzz generators like Dave Douglas. When someone who is a demagogue, or who can be easily tarred as one, champions the mainstream, it only takes one user-friendly alternative like Douglas for the mainstream median to be permanently moved.

But it would be a mistake for the jazz establishment to pat itself on the back. In the aggregate, all of the truly enduring contributions made by industry insiders—producers like Steve Backer and Michael Cuscuna (who shepherded an amazing wealth of material from Midwestern collectives and the New York loft scene to market beginning in the ’70s) and clout-wielding artists like Pat Metheny (who recorded with Coleman in the ’80s and Derek Bailey in the ’90s) and Branford Marsalis (who signed Ware to Columbia)—are thoroughly overshadowed by the initiatives from outside the jazz establishment, by individuals who built a label or a venue or a festival or a scene from scratch, with little to no cash. This ilk’s great American success story is the Knitting Factory’s Michael Dorf, who built an international conglomerate of clubs, festivals, labels, Web content and booking agencies out of a run-down Downtown storefront with basic brand-name marketing. Dorf proved the avant-garde’s shifting demographics can yield a black-ink bottom line.

In the process, Dorf, seemingly more focused on strategic corporate partnerships than grass-roots cultural activism, spurred on an independent counterestablishment. Subsequently, Dorf has been repeatedly outflanked in New York by artist-programmed ventures in recent years. While the Knit’s programming of the Bell Atlantic Festival has contributed to the movement of the mainstream median, the 10-day Vision Festival is the real barometric New York avant-garde festival, raising the bar with commissioned projects like Bill Dixon’s “Index” for orchestra, which premiered this year. Likewise, the rotating curatorial policy at Tonic, exemplified by the recent residencies of Bailey and Misha Mengelberg, has created a new dynamism in the club experience, and in the past few years, Zorn’s Tzadik label has revived a long-dormant militancy to document the avant-garde.

This NYC renewal, however, has not reversed the long-term erosion of New York’s hegemony. The movements spawned in Amsterdam, Berlin, Chicago and London have redrawn the map, removing New York from the center of the avant-garde world. Unsurprisingly, artist collectives figure prominently in most of these movements—the AACM, Amsterdam’s BIM, the London Musicians Collection—and where they don’t, there are bona fide cultural leaders like Berlin’s Jost Gebers. Gebers’ Free Music Productions has not only produced an unsurpassed catalog of free jazz and improvised-music recordings and, in Total Music Meeting, one of Europe’s longest running avant-garde festivals, but also initiated crucial early outreaches to East German musicians like Ernst-Ludwig Petrowsky. Gebers also maintained a watershed program of residencies, workshops and minifestivals with Cecil Taylor, which resulted not only in the bulk of the pianist’s recorded output since the late ’80s, but coalesced for him an invigorating new sphere of collaborators like Tony Oxley.

Certainly, the Internet revolution accelerated the decentralization process, but it was well underway with the proliferation of avant-garde festivals beginning in the late ’70s. Some, like Moers, have incrementally diversified their programming; others, like the watershed Peter Kowald/William Parker-produced Sound Unity Festival, hibernated for years before reemerging as the Vision Festival. Yet more than enough have stayed the course so that, in any given week, ground zero of the avant-garde can be anywhere from Victoriaville, Quebec to Tampere, Finland or from Amherst, Mass. to Nickelsdorff, Austria.

Still, the impact of e-mail, Web sites and listserves is paradigm-shifting for the musician putting together a car tour from across the pond, the collector curious about an unmarked Saturn LP, the gig-goer checking out the schedules for Wednesday nights at Chicago’s Empty Bottle or the Time Flies series at Vancouver’s Western Front. Coupled with the plunge in CD production costs, which opened the floodgates for new, often artist-administered labels in the ’90s—of the more than 100 labels listed on the European Free Improvisation Pages, www.shef.ac.uk/misc/rec/ps/efi/index.html, a full three-quarters are less than 10 years old—the Internet closed the information gap that anyone who waited months on end in the ’70s for the new Coda or a box of imports knows too well.

Historically, this knowledge gap has been the avant-garde’s biggest hurdle to self-determination. Musicians recognized it when they argued in the ’60s that the public would accept avant-garde music if they had open access to it. During the past 30 years, that access has been gained and the theory has been proven. It is disheartening that the jazz world has not been an unqualified positive factor in the equation, but in the end, it is best that the avant-garde succeeded on its own terms. Now jazz and the avant-garde can interact as peers; if they do so, both will benefit in the next 30 years. Originally Published September 1, 2000

Organ trios and quartets were ubiquitous by the mid-1960s. In African American neighborhood bars and clubs up and down the East Coast, throughout the Rust … END_OF_DOCUMENT_TOKEN_TO_BE_REPLACED

Terence Blanchard looked around the restaurant table and launched into a gentle sermon about jazz education in Detroit that was part homily, part pep talk, … END_OF_DOCUMENT_TOKEN_TO_BE_REPLACED

Creating a program of solo piano music is the ultimate challenge for any improvising pianist. The music on my latest album, Ways of Disappearing (Sunnyside), … END_OF_DOCUMENT_TOKEN_TO_BE_REPLACED

First the good news: As you can see in our annual Festival Guide, there are plenty of jazz festivals scheduled to happen around the world … END_OF_DOCUMENT_TOKEN_TO_BE_REPLACED