Skip to content
Become a member and get exclusive access to articles, live sessions and more!
Start Your Free Trial
Home > Features > The Everlasting Louis Armstrong 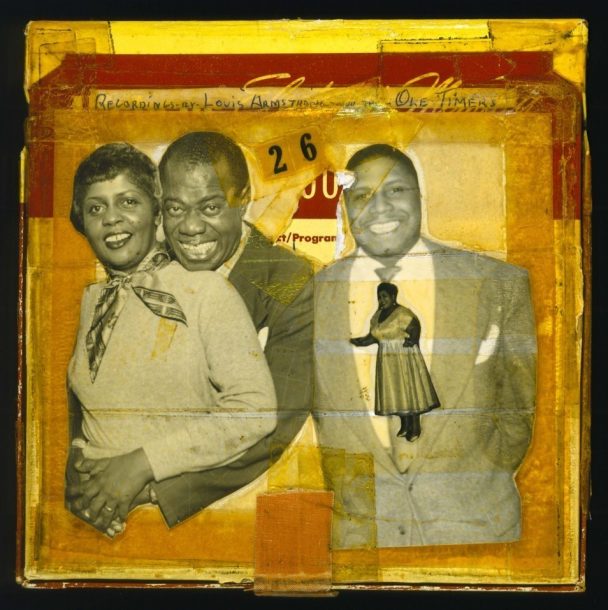 As I go toward my typewriter every morning, I am cheered by a Duncan Schiedt photo of Ruby Braff, standing next to his lifelong source of joy, Louis Armstrong. I first knew Ruby when we both were in our early teens, and he told me that when he was 6, “This beautiful, bright-orange sound came out of the radio, and I was in the Louis Armstrong University, from which you never graduate.” (He never did, but he did receive an honorary degree when Louis voted for Ruby in the “New Star” category of the 1956 Encyclopedia Yearbook of Jazz poll.)

The Louis Armstrong University is still thriving, as I often hear from Louis’ longtime friend and associate, Phoebe Jacobs, the master of jazz advocacy and the rhythm section of the Louis Armstrong Educational Foundation, which Louis founded in 1969.

The scope of his foundation-through funds raised from licensing his music, papers and image, as well as royalties from recordings, TV and movies-is described by Phoebe’s associate, Phil Leshin, in the Dippermouth News, the monthly newsletter of the Louis Armstrong House Museum in Queens: “We have received requests from New Zealand, South Africa, Australia and scores of United States schools and other institutions.” I asked Phoebe for permission to use my ideal of a cover photograph for my new book, At the Jazz Band Ball: Sixty Years on the Jazz Scene (Univ. of California Press). In the photo, Louis’ trumpet rises above electrified kids at the Tahseen Al Saha Medical Center in Cairo, Egypt, as his spirit soars with theirs. The delight on the children’s faces, contrary to what this music’s obituary writers say, continues to prove that jazz will not die.

At the ever-expanding Louis Armstrong House, Director Michael Cogswell, at the helm of this National Historic Landmark for nearly 20 years, appears to have his dream job. As he tells me, “Every day little kids who never heard of Louis Armstrong come to the Armstrong House. By the time they leave, they ‘get it.'” On the day in 2003 when the House became a landmark, I saw in the crowd youngsters from the neighborhood Louis Armstrong elementary and middle schools, visitors from other lands and, of course, multiple jazz musicians of note.

This past May at the House, “Pops Is Tops,” a concert series for local children now in its 23rd year, took place in the inviting garden. “For many of the kids,” says Cogswell, “it’s not only their first exposure to jazz, but it’s also their first experience with live music.” Among the follow-up notes sent to Cogswell, sixth-grader Lignobo Restrepo wrote, “What I liked best was the Ray Vega Latin Jazz Quintet. I loved the mix between jazz and Latin music. It made me want to jump up 10 feet in the air and dance like who knows what! Oh man, what music! I loved the congas best. I love the sound of the trumpet, how it boomed music through the garden. You go, guys!”

Cogswell and his equally committed staff are certainly swinging. Starting in September, construction will begin on a Visitors Center that will house, Cogswell exults, “a full array of concerts, lectures, film screenings, et al.” And the museum’s wondrous research collections will be on the second floor of the Visitors Center.

Recently added to the Armstrong House-where Cogswell predicts children will visit 100 years from now, “as they do today at Monticello and Mount Vernon”-is what Terry Teachout, in his current book, Pops: A Life of Louis Armstrong (Houghton Mifflin), calls “the largest publicly held archive collection in the world devoted to a jazz musician.” It’s the Jack Bradley Collection. Jack was a close friend of Louie’s as well as his photographer. He has been a vital and encyclopedic part of the jazz scene for decades. And, as Dan Morgenstern emphasizes, this Bradley-Armstrong Collection “cannot be duplicated. It is the result of a very special relationship between its subject and its compiler, and of decades of dedicated work by its compiler.”

All of Louis’ sound recordings are there, including, according to the museum’s literature, “a mint-condition copy of the Red Onion Jazz Babies’ recording of ‘Terrible Blues,’ a record hardly ever found in playable condition.” Among the other treasures: hundreds of photographs, negatives and contact sheets, including dozens going back to the 1920s; sheet music for just about every song Louis recorded; an array of personal items, including the legendary Armstrong scrapbooks; numerous 35-mm films; and “copious notes taken by Bradley at rehearsals, recording dates, concerts. There’s even a photograph of a very relaxed, happy and naked Armstrong in his dressing room.”

Jack Bradley also had a close relationship with Louis’ soul child, Ruby Braff. Once, Ruby was in a coma at Cape Cod Hospital, wholly unresponsive. His friend Jack brought to Ruby’s room a record player and a copy of a 1938 recording of Louis singing “I’m in the Mood for Love.” After about 10 seconds of Louis’ voice, Jack remembers, “Ruby slowly opened his eyes. I could actually see the color returning to his face as he shook his head. ‘That’s a different take,’ Ruby said, and a few minutes later, fully awake, added, ‘That’s the second time Pops has saved my life.'”

“When was the first?” Jack asked.

“The first time I heard him,” Ruby answered.

That beautiful, bright-orange sound keeps enlivening lives around the world.

First the good news: As you can see in our annual Festival Guide, there are plenty of jazz festivals scheduled to happen around the world … END_OF_DOCUMENT_TOKEN_TO_BE_REPLACED

Steve Lacy was once a brilliant bebop player. Yet conventional wisdom says the opposite. Many have long argued that a key to the innovative soprano … END_OF_DOCUMENT_TOKEN_TO_BE_REPLACED

What is a jazz film? Does it have to be a film about jazz and the people who play it? Or can it also be … END_OF_DOCUMENT_TOKEN_TO_BE_REPLACED

Films that tell stories about jazz open a revealing window on the place and perception of the music within popular culture. See Kevin Whitehead’s compelling … END_OF_DOCUMENT_TOKEN_TO_BE_REPLACED