Skip to content
Become a member and get exclusive access to articles, live sessions and more!
Start Your Free Trial
Home > Features > The Dave Brubeck Quartet’s ‘Last Time Out’ 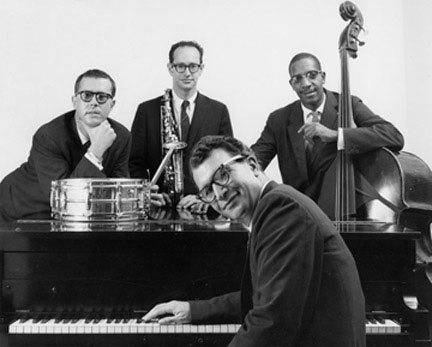 In December 1966, Dave Brubeck told his quartet that the following year would be their last. He wanted to retire from the rigors of touring in order to concentrate on composing. Brubeck must have also informed his record company, for two live albums from the 1967 world tour were released, Bravo! Brubeck! from Mexico and The Last Time We Saw Paris. Releasing multiple concert recordings in a single year was not really that unusual for Brubeck. Live LPs had been a staple of his catalog since his first album for Columbia in 1954 (Jazz Goes to College) and before, with Jazz at Oberlin and College of the Pacific (both on Fantasy).

Now the final performance by the Dave Brubeck Quartet has been released, a December 1967 concert from Philadelphia titled Their Last Time Out. These tapes were not in the record company’s vault, but were instead retrieved from the pianist’s own home closet. Brubeck doesn’t recall how he acquired them. But when longtime friend and collaborator Russell Gloyd realized what they were, he took the tapes to Columbia for release. We should be glad he did.

The final night is neither a sentimental nor self-congratulatory affair. Not a hint is given from the stage that this is the last time around; it is business as usual. But by this point, business as usual for these guys was conducted at an awfully high level. Having been on the road for a full year, and together for 10, everybody’s chops were sharp. Brubeck was routinely more adventurous in front of an audience; Paul Desmond was always at the top of his game, but especially in front of an audience.

“St. Louis Blues” is the oft-heard opener this night and the mandatory “Take Five” closes the concert. Positioned between these pillars is a 90-minute history of the group. “Three to Get Ready” was on the landmark Time Out album and “These Foolish Things” had been in the Brubeck and Desmond book since the early 1950s. “Take the ‘A’ Train” and “Someday My Prince Will Come” are two familiar standards of the era, made fresh by individual solos and intelligent interplay between piano and alto saxophone. Brubeck’s increasing interest in what is now called world music is represented by “Cielito Lindo” and “La Paloma Azul.” Joe Morello is given the solo showcase “For Drummers Only,” but even more impressive is his percussion work on the other 12 selections. Bassist Eugene Wright is solid throughout. Near the end of the program the group plays Wright’s “Set My People Free,” a social theme that was to become increasingly important to Brubeck’s own non-jazz writings.

Duke Ellington was correct when he told his retiring colleague, “You’ll be back.” In fact, Brubeck started playing live dates with baritone saxophonist Gerry Mulligan in the spring of 1968, even returning to Mexico for a concert recording. But that’s another story. Brubeck, Desmond, Wright and Morello had a brief and celebrated reunion in 1976, but the Philly date of December 26, 1967, was their final gig as an active band. This recording must be seen as a stopping place for the group, but it would make an excellent starting place for anyone wanting to discover the Dave Brubeck Quartet.

This is a soundboard, mono recording. It was not recorded by the Columbia Records engineers. The sound quality is excellent.

Columbia Records has just released The Complete Columbia Studio Album Collection, a boxed set of all 19 studio albums recorded by the Dave Brubeck Quartet. I hope this will be followed by a similar box of the quartet’s complete live releases for Columbia. Several of these concert LPs have never been issued on CD, including The Dave Brubeck Quartet in Europe, Brubeck in Amsterdam and The Last Time We Saw Paris, from the 1967 tour discussed above.

Here is the link for ordering this biography:

Organ trios and quartets were ubiquitous by the mid-1960s. In African American neighborhood bars and clubs up and down the East Coast, throughout the Rust … END_OF_DOCUMENT_TOKEN_TO_BE_REPLACED

Terence Blanchard looked around the restaurant table and launched into a gentle sermon about jazz education in Detroit that was part homily, part pep talk, … END_OF_DOCUMENT_TOKEN_TO_BE_REPLACED

Creating a program of solo piano music is the ultimate challenge for any improvising pianist. The music on my latest album, Ways of Disappearing (Sunnyside), … END_OF_DOCUMENT_TOKEN_TO_BE_REPLACED

First the good news: As you can see in our annual Festival Guide, there are plenty of jazz festivals scheduled to happen around the world … END_OF_DOCUMENT_TOKEN_TO_BE_REPLACED