Skip to content
Become a member and get exclusive access to articles, live sessions and more!
Start Your Free Trial
Home > Features > The Brecker Brothers Band Reunion: The Family That Plays Together 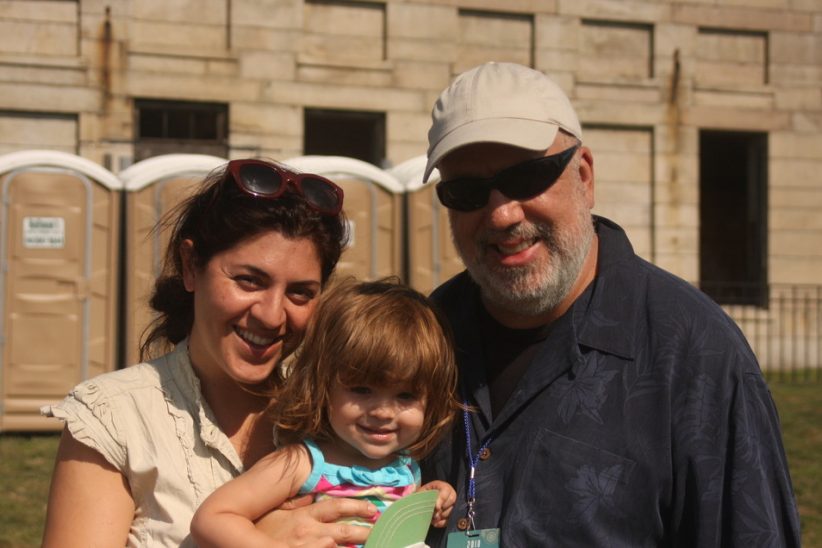 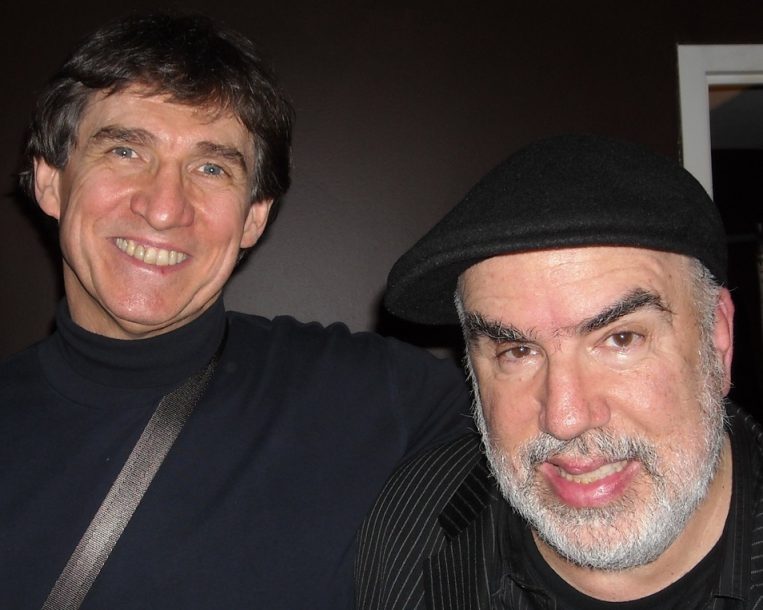 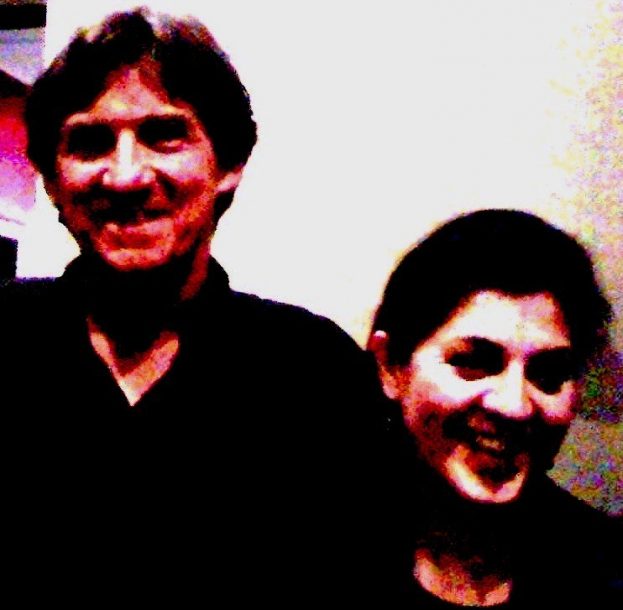 Back in 2010 I ran into Randy Brecker at the Detroit Jazz Festival. He was part of a panel celebrating one of his first bosses in jazz, the legendary Horace Silver, with whom Randy worked some four decades ago. Nowadays Randy is the boss and a living legend himself. He’s worked that magic trick that few can master, that being the ability to live in many jazz worlds and thrive in any setting from funk to fusion to swing to groove. He’s played in lots of small groups, numerous big bands, as a leader and as a sideman playing with everyone from Duke Pearson to Frank Zappa. When I caught up with Randy after the panel and stuck a recorder in his face for some quick comments I asked him the standard question “What are you working on for the future?” Randy mentioned that he had been involved in his usual busy list of quest appearances on other artist’s projects and lots of big band work but that he was putting together a new, electric, funky project that he couldn’t tell me any more about at the time but details would be revealed in the future. Fast forward to the present and we now know what he was cooking up. The project is called The Brecker Brothers Band Reunion.

When I saw the lineup for the Blue Note in New York for the month of September I saw that Randy was booked, with the billing “The Brecker Brothers Band Reunion with Randy Brecker, Mike Stern, Dave Weckl and More.” Needless to say I was intrigued and booked a ticket for Friday night of the week-long run. I was thrilled to discover that not only would Stern and Weckl be joining Randy on stage but so would his talented saxophone-playing wife and solo artist in her own right, Ada Rovatti, as well as keyboardist George Whitty and bassist Will Lee, the only one on stage that actually was a former Brecker Brothers Band member. “What’s not to like?” I asked myself and settled in for the late set of the night.

The Blue Note is one of those odd rooms that makes you wonder what it might have been in its first incarnation…a shoe store, a pet shop, a grocery? It’s a long, narrow room with few really good seats. Even the best seat can leave you with a strained neck at set’s end but I can’t even count the times I’ve been there to hear some of the greatest musicians jazz has ever produced. There I was again, sitting on the right side of the stage looking up at Mike Stern and Will Lee and thinking “how do they get all those players and their gear on such a small platform?” The Blue Note is not a logistical picnic for the musicians either and you have to think that it helps if the players are best of friends! These folks really played like best of friends, that’s for sure, and the show began with a rousing groove that brought the room to life. Will Lee has boundless energy and jumps up and down endlessly (there was no room to move side to side) as he plays. Mike Stern looks like a teenage rocker and never stops grooving as he creates that unique sound that is absolutely his own voice. Ada Rovatti was having a blast, looking cool and comfortable among the boys, and more than held her own. Randy is Randy, just one of the best to ever do what he does and led the band with superb playing and that special spark that only few have. Dave Weckl is a master modern drummer and perfect for this band. Keyboardist George Whitty sounded great but I have no idea if he was having fun as I couldn’t see him from where I sat.

To show how fresh this project is, Randy addressed the audience at the end of the first song with the information that the title was “First Tune Of The Set.” The Brecker Brothers Band Reunion is, after all, a work in progress. After another dose of electric groove titled “Slag” came the first hint that this was a “Family Affair.” It arrived in the next song titled “Stellina,” written for the daughter of Randy and Ada Rovatti, the 2 year old Stella. The next song marked the arrival of special guest vocalist/rapper Randroid (Mr. Brecker in disguise) who led the band with his trumpet and vocalizing on the song “Really In For It.

The question hanging in the air was, and is, of course is this an actual “reunion” of the Brecker Brothers, a tribute to the great band, a combination of both or none of the above? The answer came with the next song in the set as Randy introduced it with the following…”We couldn’t do a Brecker Brothers Band Reunion without doing a Brecker Brothers classic, so here’s ‘Straphangin’.” I couldn’t help but wonder what was going through Ada Rovatti’s mind as she played the lines that the late Michael Brecker played. I’d ask her about that later. In early Brecker Brothers tradition they included another funky vocal. This one was titled “Merry Go Town,” and it featured young 20-something vocalist Ollie Rockberger. He and Ada Rovatti had written the song together and it left me wondering if he’d be a regular edition to the lineup or just another in a very long line of guests with The Brecker Brothers. The set ended with a rollicking tune titled “The Dipshit,” and after sets end I made my way upstairs to the dressing rooms to bother the band with my usual “sideline reporter” routine.

As I let the band relax for a minute behind closed doors I thought about what I’d just seen and heard. Was this truly a Brecker Brothers Band performance or was it something else? To me the answer to both questions was yes. There WAS after all a Brecker Brother present and one alumni member of the band, Will Lee. Granted there was no David Sanborn, Don Grolnick, Steve Gadd, Steve Khan, Hiram Bullock or any of the other great New York jazz hotshots who filled the roster of the band over the years, but this WAS a band of New York jazz hotshots making cool, grooving jazz with that great trumpet-sax combination. The music was uplifting, fun, up and funky with a little vocal element and the playing was superb. You’d expect nothing less from such an esteemed group of players. That sounds like a familiar formula to Brecker Brothers fans doesn’t it? There was indeed something new in addition to the lineup of new players and that was the horn sound. Randy and Michael had always experimented with technology and now, Randy and Ada did the same, playing through various devices to alter the original sound of trumpet and sax to create unique, sometimes very human, sometimes other-worldly tones that helped them devise a new language.

In my short conversations with Randy and Ada I discovered a relaxed attitude about the whole affair. Was Ada overwhelmed when Randy initially approached her to play the part his brother had played in The Brecker Brothers? Not really, she told me. She was just excited about working with him and this great band. She was neither overwhelmed nor overly excited to be surrounded by such talent, she just wanted to do the best she could and hold her own. Can you say casual? Ada Rovatti was certainly more than holding her own on stage, her album The Green Factor was one of my personal top ten of that year and with more work on that level she’ll be considered one of the great, innovative saxophonists and composers around.

As for Randy’s attitude, he was equally cool and calm about the whole thing. He simply stated that he had been doing lots of Big Band work in the past few years, including 2009’s Nostalgic Journey: Tykocin Jazz Suite and his latest, The Jazz Ballad Song Book, and that he hadn’t done a truly electric, funky record since the 2003 Grammy-winning 34th & Lex. He simply said that it was just time to do something like this. No matter how much I might try to draw some emotional meaning behind all of this, it all seemed to boil down to Randy Brecker’s desire to get back to doing something funky. It was also about wanting to put together a band in the tradition of the one he had with his brother that was filled with the best hotshot players around and that his wife Ada Rovatti was a great saxophonist and she could play the part with ease. He assured me that this was a serious venture and that there would be more performing and that they were headed to the studio to record this band too.

The Brecker Brothers Band Reunion is still a family affair, it’s still fun, funky music, the players and the vibe are still the same and only the faces have slightly changed. Good enough for Randy. Good enough for me. More to come and that’s fine with me too.

[Editor’s Note: Randy Brecker sent the following response to the blog as a note to the author.]

Great article (!) and as usual thanks for all the support and being a big time fan!

Just so you know though everyone on-stage (except Ada and Oli of course) played with various Brecker Bros. bands (mostly in the ’90s not only Will Lee, who of course was an original member…

2. Mike Stern played on Return and was a featured special guest in the band for 3 years ’92-’95

3. Weckl did several well documented (on you-tube) tours with the band after Dennis Chambers went out with John McLaughlin’s ‘Free Spirits band’…

The idea was not a reunion of the original band there are too many of our brothers no longer with us (Mike, Grolnick, Hiram, Mark Grey) but a reunion of members throughout the years… also on the studio CD other guitarists who played with the band make appearances.. Dean Brown, Adam Rogers, and Mitch Stein, also Rodney Holmes on drums who probably played the longest of any drummer in the band and and on acoustic bass Chris Minh Doky.

Plus the original 3rd horn- Dave Sanborn is going to guest on a couple of tunes along with Mike Stern…so this really is going to be a big reunion CD…in conjunction with the live DVD-they are releasing the two as a bundle….it all sounds great!

Hopefully we’ll do some more gigs – the Blue Note was a blast!

Organ trios and quartets were ubiquitous by the mid-1960s. In African American neighborhood bars and clubs up and down the East Coast, throughout the Rust … END_OF_DOCUMENT_TOKEN_TO_BE_REPLACED

Terence Blanchard looked around the restaurant table and launched into a gentle sermon about jazz education in Detroit that was part homily, part pep talk, … END_OF_DOCUMENT_TOKEN_TO_BE_REPLACED

Creating a program of solo piano music is the ultimate challenge for any improvising pianist. The music on my latest album, Ways of Disappearing (Sunnyside), … END_OF_DOCUMENT_TOKEN_TO_BE_REPLACED

First the good news: As you can see in our annual Festival Guide, there are plenty of jazz festivals scheduled to happen around the world … END_OF_DOCUMENT_TOKEN_TO_BE_REPLACED