Skip to content
Become a member and get exclusive access to articles, live sessions and more!
Start Your Free Trial
Home > Features > Chops: The Art of the Slap 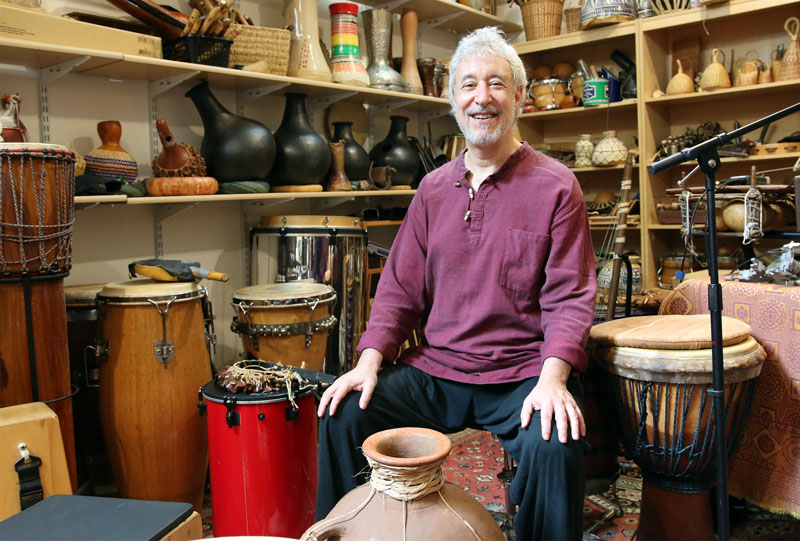 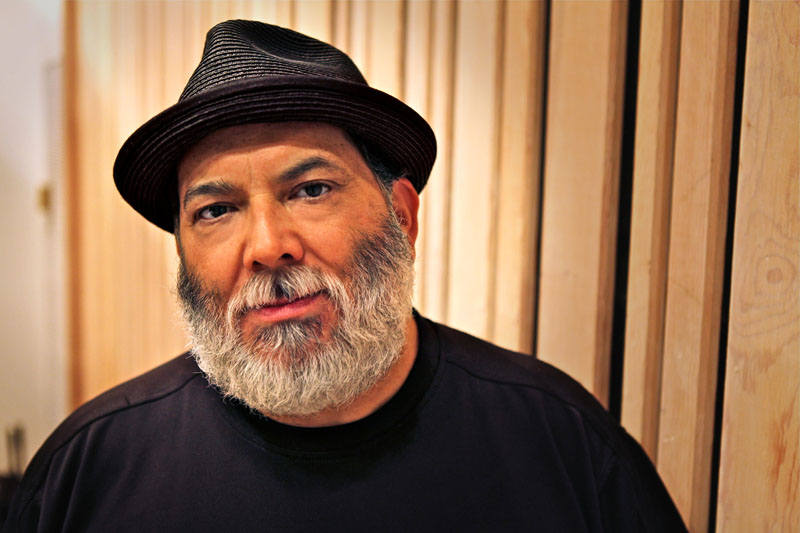 For Poncho Sanchez, 65, growing up in the Los Angeles suburb of Norwalk felt like living in a “pretty white world.” Whether he was searching for Tito Puente or Cal Tjader albums at the local record store or looking for something beyond the standard guitars, saxes and trumpets at the music shop, his inquiries were met with the same blank stares. So, like many percussionists, his first experience with rhythm was on a trap kit. When the teenaged Sanchez finally got his hands on a conga drum, “it was love at first slap.”

Making the transition from drum set to hand drums may have come naturally to Sanchez, but it can be a bit more challenging to those who aren’t destined to become one of Latin jazz’s most legendary congueros. Still, Sanchez recommends following a path similar to his own—namely, picking up a drum and experimenting to find a connection. “Just get a drum and start hitting it,” he advises. “Even if you’re playing it a little bit wrong, for the first couple of weeks just mess around and get a feel for it, and then you can get serious.”

While Sanchez has focused on the Afro-Cuban jazz tradition throughout his career, composer and percussionist Adam Rudolph, 61, has made his name by exploring a wealth of different approaches to hand drums in experimental groups like the Go: Organic Orchestra and Moving Pictures, whose new album is Glare of the Tiger (M.O.D. Technologies). Rudolph suggests beginning not with the hands but with the ears. “The first step would be to broaden your listening,” he says. “Start listening to drumming from all over the world. Open your mind up to different concepts and ways of approaching the drum.”

Once you’ve gotten a feel for playing without the intermediary of a stick between your hand and the drum, and have begun to explore the tradition(s) that interest you, the most basic step is to learn the three basic sounds that comprise most hand-drum traditions: the rounded tone that comes from an open hand resonating the skin; the slap, or sharp, cutting sound; and the bass sound that results from an open palm striking the center of the drum. “There are lots of variations of those sounds,” Rudolph points out, “but just to manipulate those three sounds and to be able to lay down a simple, repetitive groove is incredible practice.”

“Those are the important sounds you want to get out of a drum,” Sanchez says, explaining that while the open and slap tones are usually handled by the dominant hand and the bass by the non-dominant, it’s important to develop an ambidextrous approach. “You should be able to slap and pop and play open tones with both hands, and get it together to where you can’t tell the difference between hitting it with your right or your left. There are different techniques, but if you don’t hit that thing right you’re going to hurt yourself.”

The physicality of hand drumming is a very real concern. As Sanchez points out, it’s best to get the techniques right in the first place so that you don’t suffer back problems or other physical ailments later in life. When the effects of slapping hands against drums hour after hour, night after night, inevitably take effect, “soak your hands in Epsom salts and warm water, and if that doesn’t work take some Advil and drink a couple of beers,” Sanchez suggests with a laugh. “In other words, numb yourself up—I’m from the old school!”

Both Sanchez and Rudolph stress the importance of proper posture, while the latter points to his four-decade practice of yoga in providing a healthier approach to pain management. “It’s the idea of relaxed control,” he explains. “The first thing I show people is how to sit with your back straight but your shoulders relaxed, and drop your arms down to your side. Your hands should be as relaxed as a baby’s, and it’s all about moving your wrists and breathing.”

Conceptually, Rudolph says, trap drummers can equate the kit to being a group of hand drummers, so moving in the other direction necessitates rethinking how to achieve a full range of sounds without a full arsenal of drums and cymbals. It would be helpful, he explains, to engage with other percussionists in a drum ensemble to learn about how different drums relate in a group setting. “You’re playing a part that by itself seems simple, but the way they all fit together is so profound.”

From there, a hand drummer can explore ways to realize different dynamics from the interaction of skin on skin. “When you play hand drums, every pattern that you play has to be a clear articulation of the language of what you’re playing,” he says. “As a trap drummer, all you have to do to generate excitement is crash a cymbal on the downbeat, and that’s the resolution of the idea. But how do you do that without that cymbal? With hand drums, you have to have a much more nuanced and in-depth idea of how to create tension and release.”

Rudiments can translate from the kit to the hand drum, and Sanchez in particular marvels at the virtuosic technique of next-generation percussionists like Giovanni Hidalgo. But both Sanchez and Rudolph argue in favor of learning traditions over techniques. “African music is a lived philosophy,” Rudolph says, “a sophisticated kind of folk music. They don’t have pedagogy that’s separate from actually playing the music. In other words, nobody sits you down in Africa and plays scales, and the drummers don’t play rudiments. When you learn the drumming, you’re learning the music.”

“Every country has their own traditional dance and rhythm,” Sanchez says. “I think it’s important to check out all these other hand drummers, and when you can use those different techniques tastefully and with respect, that’s a groove. But be careful what kind of gig you’re on: If you’re on a hardcore Latin-jazz or salsa gig and you start using all that stuff, you’ll be thrown off the stage before you know it.”

Organ trios and quartets were ubiquitous by the mid-1960s. In African American neighborhood bars and clubs up and down the East Coast, throughout the Rust … END_OF_DOCUMENT_TOKEN_TO_BE_REPLACED

Terence Blanchard looked around the restaurant table and launched into a gentle sermon about jazz education in Detroit that was part homily, part pep talk, … END_OF_DOCUMENT_TOKEN_TO_BE_REPLACED

Creating a program of solo piano music is the ultimate challenge for any improvising pianist. The music on my latest album, Ways of Disappearing (Sunnyside), … END_OF_DOCUMENT_TOKEN_TO_BE_REPLACED

First the good news: As you can see in our annual Festival Guide, there are plenty of jazz festivals scheduled to happen around the world … END_OF_DOCUMENT_TOKEN_TO_BE_REPLACED