Skip to content
Become a member and get exclusive access to articles, live sessions and more!
Start Your Free Trial
Home > Features > The Art of the Interview 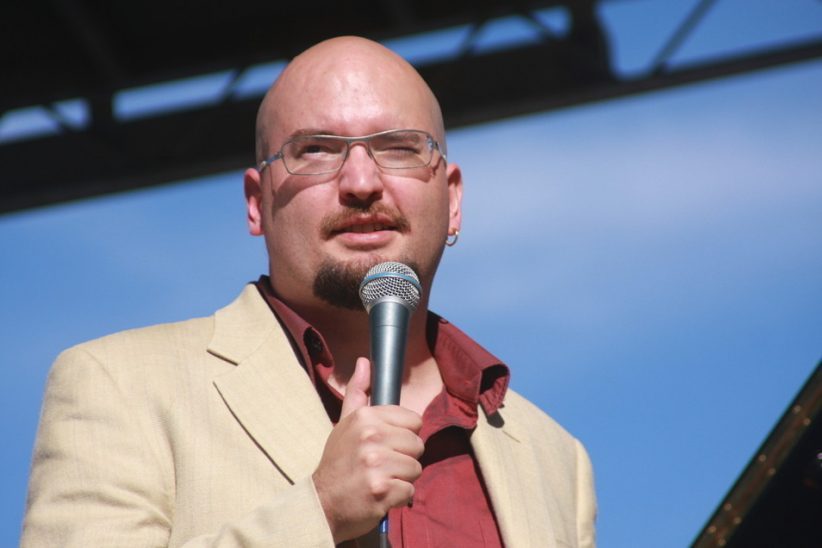 Our guest interviewer for this issue’s cover story, pianist Ethan Iverson of the Bad Plus, has his own blog, Do the Math. That’s not news, since so many jazz musicians (and writers and fans) have their own blogs these days, in a blogosphere that’s more cluttered than my basement. What’s special about Iverson’s site is that it’s not necessarily an outlet for him to talk about his own music or rant about pet peeves. Rather, it’s an opportunity for him to interview other artists and to discuss music that resonates deeply with him (and his bandmates).

He says that he always planned for the site to be about more than self-promotion and navel-gazing. “It was a band blog [for the Bad Plus] at the beginning,” explains Iverson. “Part of the reason for the blog was to direct our fans to other music that we loved, because we do have some kind of following who are younger and may not know much about jazz. I always loved to read what musicians liked. I remember in the first two or three months of the blog, the thing we put up was ‘Information Received,’ which was a list of the records, books and movies that we were enjoying on the road. That idea of sharing what you’re excited about is still the most interesting thing about social networking.”

Iverson also says that looking outward with the blog can be freeing. “To this day, I find it much easier to write about other people than about myself,” says the pianist. “I have written about myself or the Bad Plus, including some things for JazzTimes, but those pieces were much harder for me than writing about some musician that I love.”

As the subject of numerous interviews, Iverson has had plenty of examples of what to do and what not to do in a Q&A, but he’s still learning. “The interviews are hopefully conversations,” he says. “Recently I talked with Henry Threadgill, and I felt afterwards that I tried too hard to impress him that I knew something about his music. I do my research. I have been interviewed by a lot by people who didn’t know the first thing about me or my music. It’s like they didn’t even look at Wikipedia. When I take on someone like Threadgill or Gunther Schuller or, recently, Mickey Roker, I really do try to think about who they are and what they’ve done and what they’d like be asked about.”

In the case of the cover subject, Iverson was familiar with both the man and his music. “Lee is a case where I knew him well enough that I went in trying to get some things for the record,” he says. “And I tried to cover some things that weren’t in Andy Hamilton’s book about Lee.”

At the top of Iverson’s wish list of future interviewees is someone cited in the Konitz interview-drummer Paul Motian. “But he feels like he’s done enough interviews,” says Iverson. “I’m not saying it’s not going to happen, but he’s been elusive so far. I’d like to do more on drummers, like Ben Riley, Al Foster, Louis Hayes, Victor Lewis and all the cats. Then there are my peers, people like Craig Taborn, Nasheet Waits and Mark Turner. One of these days I have to sit down with my teacher and mentor Fred Hersch. He’s got incredible stories about his early years in New York City.”

Recently Iverson did an interview with the underappreciated drummer Roker. “I do believe that musicians like Mickey Roker, who lived this music and grew up in the community and learned this music as folk music, when they’re gone, the music will have a truly different character,” explains Iverson. “We should really celebrate them while they’re still here.”

Words to work by.

Organ trios and quartets were ubiquitous by the mid-1960s. In African American neighborhood bars and clubs up and down the East Coast, throughout the Rust … END_OF_DOCUMENT_TOKEN_TO_BE_REPLACED

Terence Blanchard looked around the restaurant table and launched into a gentle sermon about jazz education in Detroit that was part homily, part pep talk, … END_OF_DOCUMENT_TOKEN_TO_BE_REPLACED

Creating a program of solo piano music is the ultimate challenge for any improvising pianist. The music on my latest album, Ways of Disappearing (Sunnyside), … END_OF_DOCUMENT_TOKEN_TO_BE_REPLACED

First the good news: As you can see in our annual Festival Guide, there are plenty of jazz festivals scheduled to happen around the world … END_OF_DOCUMENT_TOKEN_TO_BE_REPLACED